Apple Set To Announce Smattering Of Software Updates At WWDC 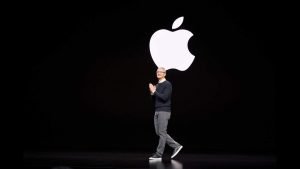 At this year’s Worldwide Developers Conference (WWDC), Apple is bringing a ton of software update announcements with them, including a dark mode for iOS and iPad apps that can run on Macs.

This news comes courtesy of Bloomberg’s Mark Gurman, who goes into great detail on what Apple is planning to reveal come June 3rd. None of the updates are major on their own, but their breadth and specifics indicate that Apple wants to keep its apps competitive. Achieving parity with rivals in areas their software was formerly lacking in is a common theme in these announcements.

There are too many details to list here, but some of the biggest news includes a proper dark mode in iOS, revamped mobile Health and Reminders apps, and an updated version of Maps that will better compete with rivals like Google Maps. In watchOS, Apple is adding direct support for the App Store, meaning Apple Watch owners will be able to install new apps without using their phones. In macOS, the company will announce the first batch of iPad apps that run on Macs. The HomePod is also planned to get a multi-user mode, with different responses to different users’ voices.

While there’s little in the way of innovation, this WWDC is looking to bring some significant steps forward on Apple’s software front. The accuracy of this report remains to be seen, but it seems likely given Gurman’s track record with Apple news. We’ll report back when further developments occur.

The post Apple Set To Announce Smattering Of Software Updates At WWDC appeared first on CGMagazine.

Apple Set To Announce Smattering Of Software Updates At WWDC