Devil May Cry 1 Helm Splitting The Nintendo Switch This Summer 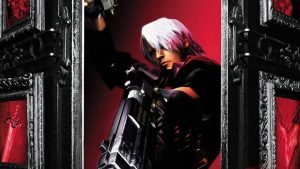 No details have been revealed about the port. Of specific interest to the fans is whether this is a straight port of the PlayStation 2 original or a port of the HD remaster on other modern consoles. It is also unclear if the other DMC games will be following suit in the future.

Devil May Cry introduces Dante, Trish, and Vergil (yes, he was in 1). The professional demon hunter Dante is informed by the mysterious woman Trish that Mundus, the Devil king who killed his mother and brother, is coming back. Dante heads to Mundus’ castle to get his revenge. The game is considered the father of the stylish action hack-and-slash subgenre (as opposed to the grandfather, Rising Zan: Samurai Gunman), and was the game that inspired DMC1 director Hideki Kamiya to make his magnum opus, Bayonetta.

Relive the adventure that introduced the legendary Dante to the world with the original Devil May Cry, coming to #NintendoSwitch this Summer. pic.twitter.com/Hh8hFDnLQK

The game is now showing its age, but it’s worth playing, if for no other reason than to see how far we’ve come.

The post Devil May Cry 1 Helm Splitting The Nintendo Switch This Summer appeared first on CGMagazine.

Devil May Cry 1 Helm Splitting The Nintendo Switch This Summer