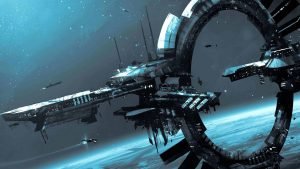 It’s no secret that the game Star Citizen, from Cloud Imperium Games, has a had a tumultuous development cycle. One of the larger, contributing factors behind Star Citizen’s development woes, can be contributed to an alleged leadership mismanagement mishap, best described as being referred to as chaotic.

Originally reported by Forbes, Star Citizen’s development, which began back in 2011, has since been delayed numerous times, with promises of 100 star systems, remaining unfulfilled. Since its initial announcement and crowdsourcing campaign, Star Citizen has made $242 million dollars, with a total of $288 million, including the funding outside of the initial crowdfunding initiative.

According to Forbes, after interviewing 20 ex Cloud Imperium Games employees, the biggest contributing factor in Star Citizen’s troubled journey can be traced back to one man, Company Founder, Chris Roberts. The report goes on to reference Roberts as being a micromanager and a poor steward of resources.

Cloud Imperium Games, as of 2017 has 537 employees, spread across five offices, costing the company $30 in salaries alone. The report doesn’t break down the individual salaries of the workforce but does reference a $4.7 million estate, purchased by Roberts last year, in LA. It should be mentioned, that the Los Angeles property in question, allegedly was purchased through Robert’s earnings, from his previous business venture with Origin and Digital Anvil.

Examples of Robert’s mismanagement include a report from an ex-senior character artist, who mentioned that he was tasked in creating five characters within the span of 17 months, only to have designs reversed, making it difficult to produce work, a problem common-place within the company.

A Senior graphics engineer, also reported, that excess of time, spanning months, were given to work specifically on the detail of ship shields, something that really did not need that amount of time invested towards it. For additional information and full report, readers are encouraged to check out Forbes take on the issue.