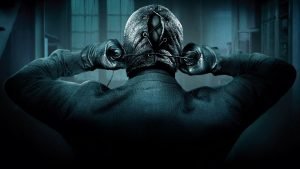 A third ‘The Collector’ film has been unveiled on Twitter by lead actor Josh Stewart.

Stewart, having played the role as the heroic thief Arkin in the first two movies, had the honour of teasing the new movie and its poster yesterday. Alongside that was a simple tagline: “Lock the door.” Aside from the ‘Collector’ films, Stewart is known for his work roles in ‘The Dark Knight Rises’ and ‘Interstellar’ as Barsad and the voice of CASE.

How to Handle Client Complaints: The …
There is No Map for Grief
Short Happiness Quotes From Famous an…
SEO Trends and Vitals for 2021
Rose Rollins protagonizará nueva seri…

‘The Collector’ series, coming from the writers behind several of the ‘Saw’ films, features a maniac who collects people, living or dead. He was apparently dealt with in the second film, so we’ll have to wait and see how the franchise plans to continue. The only other thing we know so far, courtesy of Bloody Disgusting, is that director and co-writer Marcus Dunstan will be returning to direct. Dunstan’s past work includes writing the fourth-through-seventh ‘Saw’ films and writing the screenplay of the 2005 monster movie ‘Feast’.

It is unknown what platforms this film will release on, or if it is coming to theatres. CGMagazine will return after collecting updates on the movie.