Guardians of the Galaxy 3 Vol 3 Begins Filming in 2020, James Gunn returns to the Helm 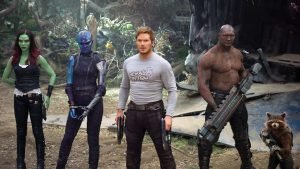 With Avengers: Endgame acting as an apt bookend to the first 10 years of the Marvel cinematic universe, fans clamouring for more, can expect to see the third installment in the Guardians of the Galaxy series of movies sooner than later, according to a new post from The Hollywood Reporter.

Guardians of the Galaxy 3 is set to begin filming sometime in 2020, with James’s once again at the helm. The third installment was initially scheduled for release this year, however, Disney removed Gunn from the project, after he had sent out some controversial tweets. With James back on the project and the script already completed, fans should likely expect to see Guardians of the Galaxy 3, sometime in 2021.

Gunn is currently also working on a Suicide Squad reboot and now, with filming for Guardians 3 set to begin shortly, Gunn will be working parallel on the two projects. Fans worried about any potential delays should be made aware that the second Guardians film finished production in 2016, debuting in theaters, a year later. Time will tell whether or not Suicide Squad will have an impact on Guardians of the Galaxy 3’s release.

Interestingly, not much is actually known about the third film’s narrative and how exactly it fits into the overarching timeline of the Marvel cinematic universe. For now, Superhero movie fans can look forward to Spider-Man: Far From Home, which promises to kick off Marvel’s plan for phase 4, with a bang.

No definitive release date has been announced at this time for Guardians of the Galaxy Vol 3.

The post Guardians of the Galaxy 3 Vol 3 Begins Filming in 2020, James Gunn returns to the Helm appeared first on CGMagazine.

This post first appeared on CGMagazine, please read the originial post: here
People also like
A Furry’s Guide to Cryptocurrency
Short Happiness Quotes From Famous and Unknown People
Flying Carpenter Ants!
Capture Attention and Drive Traffic with Catchy Headlines: 7 Ideas for Blog Titles
New C in Town
From little acorns: into the woods in search of Britain’s ancient oak trees
Spider-Man: If This Be My Destiny - Learn more about why this story is so legendary
How To Make Sex Better In Long-Term Relationships
TOP 10 MIND-BLOWING LEVITATING GADGETS

Guardians of the Galaxy 3 Vol 3 Begins Filming in 2020, James Gunn returns to the Helm