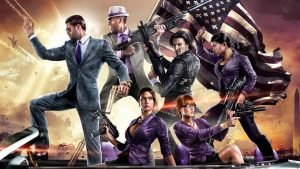 Gray has covered somewhat comparable material to the crime drama game series in his directorial roles on ‘Straight Outta Compton’ and ‘The Fate of the Furious’. He just finished work on ‘Men In Black: International’, starring Chris Hemsworth and Tessa Thompson, which will be released June 14 by Sony Pictures. Greg Russo will be writing the script, and his work is expected to be found in the upcoming Mortal Kombat film reboot as well.

Saints Row is a four-part game series (with a separate expansion for the fourth game) focusing on the Third Street Saints as they battle rival gangs in an attempt to conquer the fictional cities of Stilwater and Steelport. The third and fourth games mark a notable shift into surreal comedy, though it is likely the movie will aim for the more grounded spirit of the original games.

Further developments with this film are expected in the future, with CGMagazine covering all news as it develops.