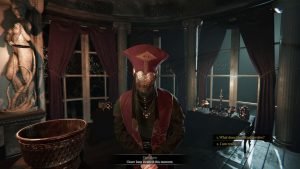 Fans’ of HP Lovecraft and the horror genre can look forward to Lust From Beyond, Movie Games Lunarium’s follow up to the game Lust for Darkness from 2018.

With the Horror thriller already accruing an impressive, $23,693 of its initial $11,142 goal, readers interested in contributing to the project will have another 35 days to do so. Currently, those who pitch in towards Lust From Beyond will be entitled to receive an early demo of the game. The upcoming game places players into the shoes of one, Victor Holloway, an antiquarian who suffers from vivid and sinister visions that he can’t fully comprehend. In order to uncover the truth, he joins a cult known as the Cult of Ecstasy.

Currently, Lust From Beyond doesn’t have a definitive release date. Reader’s interested in learning more about the game should check out the Kickstarter for the upcoming title.

This post first appeared on CGMagazine, please read the originial post: here
People also like
The Best Books That Have Inspired Movies
Music Profile: Elliott Waits For No One - Alternative Rock Band - Illinois, Usa | SRL Networks London Music PR
51 Best Start-up Ideas to Try
Six Effective Tips to Step Up Your Company’s Creative Marketing Game
BERTOLLI® launches first commercial specifically for Thai market
Serene and secluded: a log cabin stay in the Cotswolds lakeland
Sexy Games for Married Couples
Why the Riddler is such a good villain for The Batman film
How to Write Your About Me Page: Guide for New Bloggers