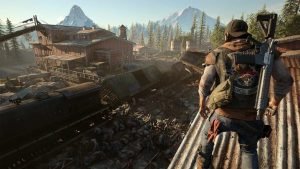 How To Become God's Battle Axe
It’s Me – Chapter 12
Cup and handle in making?
Sex on Your Period – Reasons to Do It
Holiday Cards – A Brief History

Our own team gave Days Gone a 6.5/10, with Preston Dorza calling it “a perfectly fine game; nothing more, and nothing less.”

While Days Gone hasn’t been able to top the performances of last years PS4 exclusives Marvel’s Spider-Man and God of War, the zombie-slayer is still the UK’s biggest 2019 release thus far, and will be the game to beat in the upcoming months. Keep in mind, the charts only keep track of physical sales and don’t include the sales made on the online PlayStation store.

You can take a look at the full top ten list according to physical sales below: