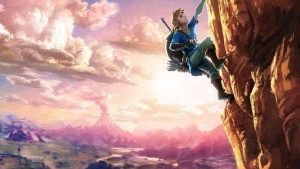 Just a few days ago, Nintendo released a new patch for their popular Switch consoles. According to individuals in the modding community, the 8.0.0 update includes a hidden ability for the Switch to enter a “boost mode” for certain games.

SEO Trends and Vitals for 2021
Signs Of Carpenter Ants In Your Home
Shelby y Toni: La pareja lésbica de T…
How to Organize a Blog Post and Struc…
It’s Me – Chapter 12

The boost mode overclocks the CPU in certain (safe and properly tested) scenarios, resulting in decreased Load Times and potentially even visual boosts, although the community isn’t certain about the latter. As of right now, the only games that appear to be affected are Zelda: Breath of the Wild and Mario Odyssey. However, it is possible that Nintendo implements this new found “boost mode” in other games further down the line.

Streamer and speedrunner Alexis de Champris uploaded some footage onto his Twitter account showing off the shortened load times. You can check out the evidence or yourself in the video below.

It’ll be interesting to see if Nintendo confirms the community speculation and whether or not the company adds the functionality to more games in the future.