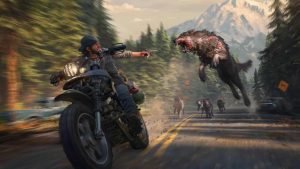 Bend Studio’s Days Gone is a game whose only surprise is that it manages to execute on its lack of surprises rather well. There is nothing in Days Gone that feels new or different from other open-world action adventure games that have been released over the past decade. And for the most part, that’s OK. It’s a fun game to play that mostly succeeds in creating an interesting zombie apocalypse, despite the weak first act, host of technical issues, and poor gunplay that hold it back.

Fiction Series So Big, They Cross Mul…
10 Best Restaurants in St. Augustine
Tips for Getting Your Backyard Ready …
Tenorshare 4DDiG Review: Is it the Be…
ErgoTune Supreme V3 Review (From a Re…

Set two years after a virus wiped out most of humanity and turned millions into zombie-like creatures called Freakers, Days Gone follows the journey of a bounty hunter and former outlaw biker named Deacon St. John. His wife, Sarah, died at the onset of the outbreak after her refugee camp was overrun, and he’s left to try to eke out a living doing odd jobs for the small camps of non-infected and non-murderous groups of humans that live in the Oregon wilderness. And over the course of the 40-hour storyline, Deacon finds himself mixed up in the escalating actions of a local cult, the remnants of the federal government’s disaster relief group, and the struggle the survivors have at keeping hope alive in the face of a world that will slowly kill them.

Days Gone can be divided into three acts, the first of which is a slog that does little to make you interested in the events of the game. This is because Deacon spends most of this time either by himself, before any of the events that develop his character begin in earnest, or in the company of characters whose personalities and relationships are undeveloped in comparison to characters introduced later on. And oftentimes, the way the story is presented undercuts the drama on display—namely, the use of flashbacks to show how Deacon and Sarah loved each other, and how it follows a cutscene with a short gameplay segment that you can’t control outside of the camera before transitioning into another cutscene—which makes for a frequently frustrating experience. If the first eight or so hours were indicative of the rest of the game, Days Gone would be very disappointing. 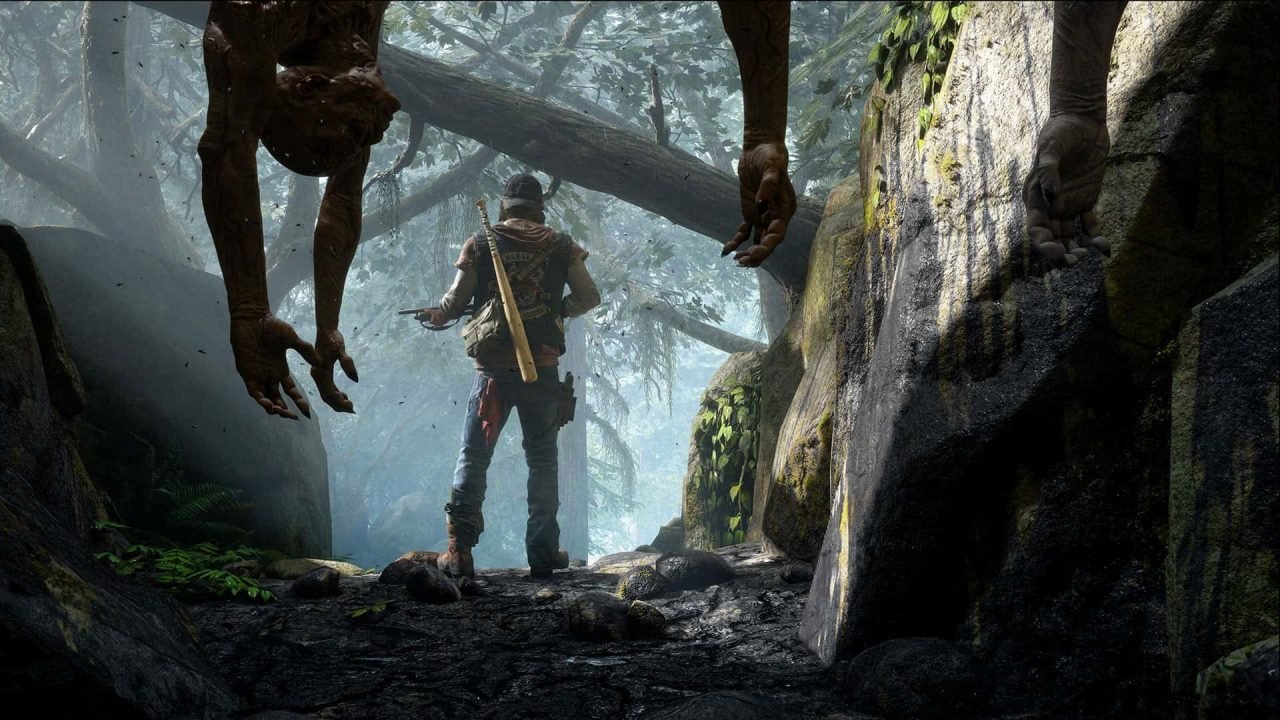 But much to my surprise and relief, that’s not the case. Once Deacon begins travelling outside of the starting areas, Days Gone begins to improve ever so slowly. The quality of the writing improves greatly, thanks to the aforementioned introduction of characters with proper arcs in the context of the story itself. That’s not to say that the story is particularly great—the climax to Act 2 drags down what was to that point a rather interesting storyline—but it did make me want to see its conclusion. Sam Witwer, who voices Deacon, also deserves praise, as he’s able to bring a sense of pain and vulnerability to a character who looks on the outside like just another gruff badass who feels nothing. By the time Days Gone ended, I actually started to care about the former outlaw biker and his gang of mismatched survivors, even if the pain caused by the sluggish opening act never really goes away.

While the story may improve, the shooting is another matter entirely. Using an over the shoulder third-person perspective, Days Gone plays like a typical cover shooter. Regardless of whether you’re using the starting pistol or a military grade assault rifle, the gunplay in Days Gone is uniformly weak. Aiming with the reticle feels imprecise, even when you’re standing still and crouched to make the target as small as possible. Firing a gun also lacks impact, and shooting things never feels good unless you’re using the most powerful sniper rifles in the game. And you’ll be shooting a lot of things, whether they be Freakers, marauders, or infected animals, which means you’re going to have to deal with the poor aiming and gunplay constantly.

Of course, you don’t have to run in guns blazing all the time. Stealth is a major component of Days Gone, particularly in the early game when you’re lacking good weapons and tools. Using a simplified cover system that makes use of both sound and sight, you can sneak through camps and pick off drifters or Freakers one by one with ease. Stealth kills are always one-hit KO’s, but due to the lack of upgrades in the skill tree that facilitate stealth, make it only viable for either the first act or the very end of the game when enemies come equipped with heavier weapons. 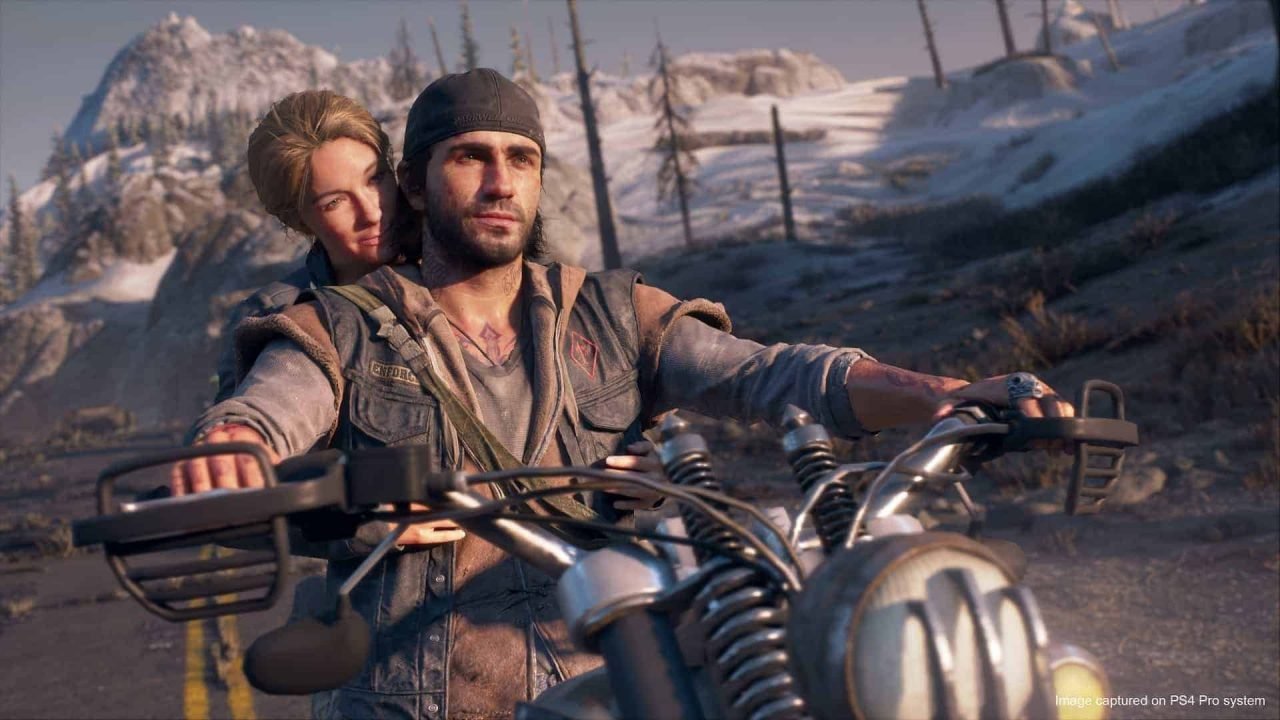 The human enemies may get better gear as time goes on, but the Freakers are the true stars of the show. Much like 28 Days Later or World War Z zombies, Freakers are fast, numerous, and don’t need to be shot in the head to die. There are also several different variations of them, including Newts, which are adolescents who have been infected and like to sneak around on rooftops, and Breakers, which are jacked-up Freakers who can take multiple headshots before they die. Infected animals such as wolves and bears also keep things fresh and exciting, though the most dangerous enemies are Hordes.

These are large groups of Freakers who are so numerous they have their own health bar that only disappears when every last Freaker in the group is killed. Battling a Horde is the most exciting part of Days Gone because it requires far more than good shooting to defeat them. Encountering a Horde means you have to stock up on whatever resources and traps you can find, including grenades, molotovs, and bombs, and use them in conjunction with the environment and a large supply of ammo to win the day. These fights are intense, and I always felt like I conquered them by the skin of my teeth. And while they’re not common, Hordes present enough of a threat that you’re always kept on your toes.

Similarly, driving your motorcycle across the Oregon wilderness is consistently a highlight in Days Gone. Driving your bike feels good, even when it’s lacking in upgrades or features like nitrous. There’s a weight to your bike that you can feel with every bump in the road or dirt, and different types of terrain change how your bike handles. Each upgrade for it feels impactful like you’re making a difference in how you can approach your bike as a tool. Plus, you can customize your bike to be any colour you’d like, meaning you could drive down dilapidated highways in style with a royal purple scheme like me. You get attached to your bike quickly, and it’s a strong contender for being the best part of the game.

Which brings me to the crux of Days Gone: It has everything that you’d come to expect from a modern, AAA action-adventure game. Off the top of my head, in addition to the gunplay, there’s a crafting system where you gather resources from the environment to create tools and supplies, audio logs to collect, stealth segments, a skill tree, vehicle upgrade system, tons of side quests, a variety of collectibles, environmental puzzles, and hub towns where you can purchase new gear and upgrades. You’ve seen this all before, but much like Avalanche Studios Mad Max, that’s not a bad thing. I found it comforting, in a way, to just explore the world and tick off a checklist and fill up a bar to unlock a new skin or upgrade to use. The variety in what you can do also helps keep it from getting too stale and even dozens of hours in I still enjoyed tackling a new bounty hunting mission. This type of system works, and Days Gone uses it to its full effect to make the most out of its large map.

The world is lovingly detailed, filled with vistas that are beautiful and details that make it feel lived in. The weather plays a large role for gameplay purposes, and the sky is gorgeous to look at regardless of whether it’s a torrential downpour or a sunny evening. Nearly every building I stumbled across is explorable, and you can find plenty of stories just by rooting through them. A whiteboard in a school will have a suicide note with the signatures of everyone who drank poison scrawled upon it. Parked cars with dead bodies around them litter the outside of a gas station as those escaping the hordes of Freakers fought each other and died.

Yet from a technical standpoint, Days Gone struggles. I played on a base PS4, and textures are often slow to load both in cutscenes and outside of them. Clothing in particular often looks muddy, taking far too long to appear as anything more than a mess of polygons, which is very distracting. Objects routinely pop into view while driving, and I found myself crashing thanks to the sudden appearance of a car. While you will regularly see Deacon clip through his bike and through hills as he climbs them, more worrying are the instances where you clip through bridges in the middle of a mission and plummet to your death (This happened on multiple occasions). Several times, I would ride up to an encampment, discover there were no enemies, only for a group of marauders or occasionally an entire horde of Freakers to spawn directly next to me from out of nowhere. 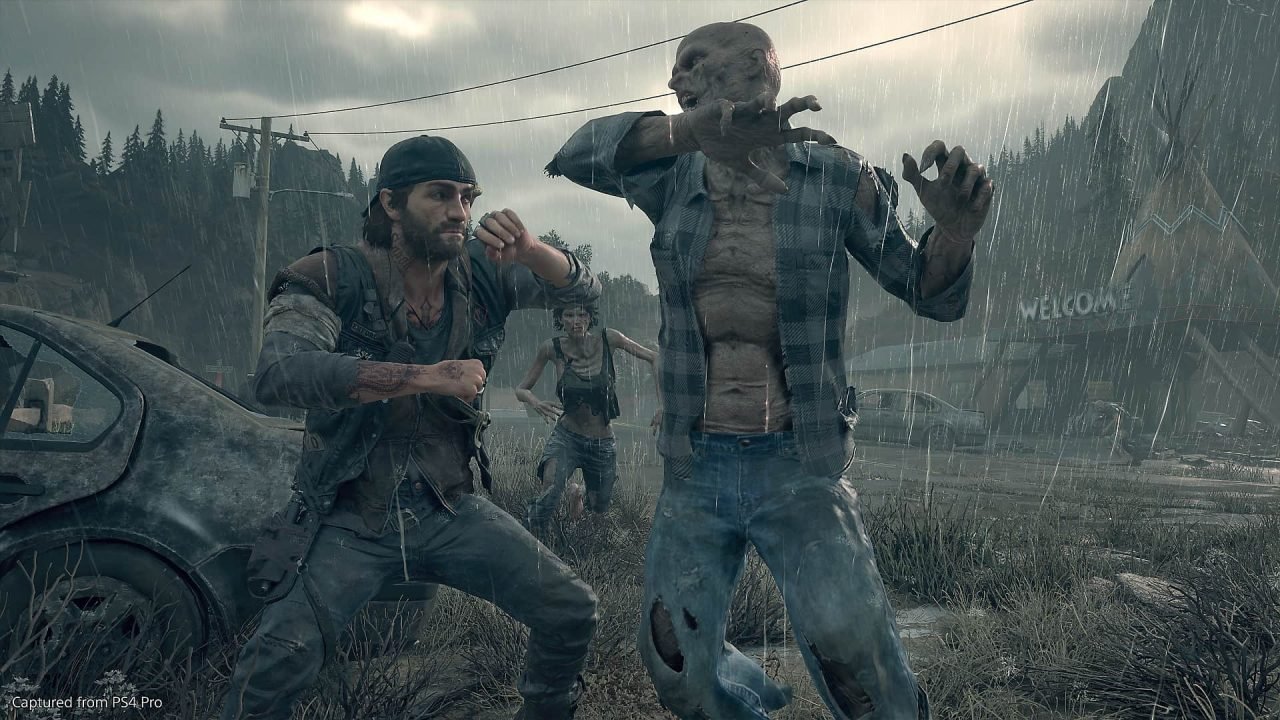 But the worst thing to deal with is the stuttering. Not ten minutes went by without some form of stuttering in the gameplay or cutscenes, as if Days Gone was struggling to keep up with a bike speeding down a road or a horde chasing after Deacon. Even in scenes that I assumed weren’t resource intensive, like slowly walking through a camp, the game stuttered. Much like the slowly loading textures, this is distracting to look at. Unlike the textures, this has an impact on how I play the game, and I’ve failed objectives and even died outright because the game either skipped some pivotal frames or froze for several seconds before it kicked back to life. While Days Gone never crashed for me, it certainly wasn’t for a lack of trying.

Despite my problems with Days Gone, however, I can’t say that it’s a bad game by any stretch of the means. It’s often overwhelming, too lost in the big picture to see that the game is at its best when it has time to focus on a single scene or a single concept. With the sheer amount of things to do in Days Gone, you’re likely to spend a lot of time in post-apocalyptic Oregon, completing checklists and searching for every last secret. However, no matter how long you stay here, it likely won’t stick with you. Days Gone is a perfectly fine game; nothing more, and nothing less.

This post first appeared on CGMagazine, please read the originial post: here
People also like
Fiction Series So Big, They Cross Multimedia Platforms: The Witcher Series by Karen Wiesner
10 Best Restaurants in St. Augustine
Tips for Getting Your Backyard Ready for a Late-Fall Party
Tenorshare 4DDiG Review: Is it the Best Data Recovery Software？
ErgoTune Supreme V3 Review (From a Real User)
The Fundamentals of Ethical Design
Work Every Part of Your Body With This Dumbbell Exercise Chart
20 Best Pools in Las Vegas
Total War Pre-Workout Review: Hype or The Real Deal?
On October 18th, NFTOne Pass will be launched grandly, and multi-dimensional value will break the limit of NFT value!
US Should Offer More Medical Aid to Severely Wounded Ukrainian Troops, Pair of Senators Say