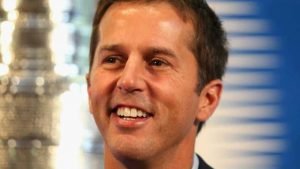 The former American ice hockey player is a 2014 Hall of Fame inductee and has had a decorated career of goals and points. In 1999, he won the Stanley Cup when playing for the Dallas Stars. He was also chosen to play in NHL All-Star Games and represented the United States in international games, which included the Olympic Winter Games the 2002 and 2006.

“I am excited to join the fantastic team at Tiidal Gaming,” Mike Modano said. “The explosive growth in esports, and the broader impact of gaming on entertainment is remarkable.”

Modano added that when thinking about the level of engagement, it has shifted the “attention of younger demographics and the global nature of the space, it is impressive and cannot be ignored.”

Charlie Watson, the CEO of Tiidal Gaming is thrilled to have Modano as part of the esports group. “Mike has had a long and storied career as one of the NHL’s greatest players and he couldn’t join us at a better time as he moves into his future as a sports executive,” Watson said.

Watson believes that with a sports veteran like Modano, Tiidal Gaming would continue to have an edge when it comes to the push toward building Lazarus Esports, their competitive team brand, into a globally recognized brand.

Earlier this month, David Brisson, the president of Tiidal Gaming, sat down with CGMagazine for an interview about their other partnerships and what it would mean to the future of esports.