Persona 5 The Royal Detailed, Coming 2020 In The West 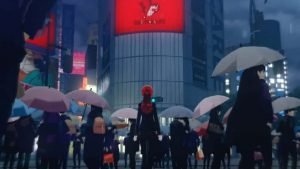 Atlus has released a trailer and more details on Persona 5 The Royal, including when it is releasing and what has been added to it.

This re-release of the hit 2016 (‘17 in the West) RPG is infiltrating PS4 once more with a host of new features and additions. Of note is a new party member named Kasumi Yoshizawa, the latest in Atlus’ trend of adding new girl characters to Shin Megami Tensei re-releases. Some of the other new features to be included are 4K support on PS4 Pro, new songs, a new location called “Kichijoji”, new characters such as the Confidante “The Consultant”, new songs, and possibly more. There seemed to be an implication in the trailer that your navigator Futaba could be added to your dungeon-crawling party, but this is just speculation.

More details on Persona 5 The Royal are expected to be released on May 9th. The game will be released in Japan on October 31st, and will arrive in the West and the rest of Asia in 2020. Details on the mysterious “P5S” project will be revealed tomorrow.

The post Persona 5 The Royal Detailed, Coming 2020 In The West appeared first on CGMagazine.

Persona 5 The Royal Detailed, Coming 2020 In The West