Daymare: 1998 Releases This Summer On PC, New Studios Brought On 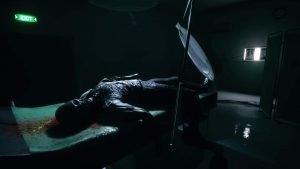 Invader Studios has announced that their survival horror game Daymare: 1998 will be releasing this summer, and Destructive Creations and All in! Games have stepped in to help.

Being their first game project, Invader Studios has been working on Daymare since they were founded in 2016. They have decided to partner with the developer Destructive Creations (who made Ancestors Legacy and IS Defence) and the publisher All in! Games (who will be publishing games like Metamorphosis and Space Company Simulator) to ensure their game is as good as it can be.

Discovery Channel and NFT studio and …
How to prepare mango leaves for diabe…
Slot Canyon Utah Guide: 15 Best Slot …
What to wear: outfit ideas for Christ…
Karen Wiesner: I Have Dreamed a Littl…

Daymare: 1998 stars three protagonists, an elite soldier, a helicopter pilot, and a forest ranger, as they explore a town affected by an incident at a nearby research facility. Players will experience a hardcore third-person survival horror experience as they solve puzzles, navigate the environment, scrounge for resources, and fight difficult-to-kill enemies.

Check out the game when it comes to PC this summer, with a release on PlayStation 4 and Xbox One coming soon after.

The post Daymare: 1998 Releases This Summer On PC, New Studios Brought On appeared first on CGMagazine.

Daymare: 1998 Releases This Summer On PC, New Studios Brought On