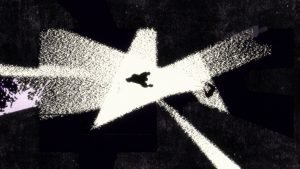 Publisher Devolver Digital is no stranger to the Indie videogame scene. If you were to take a peek at their website, you’d be greeted with some quick info about the company, a blog, their merch store, and a nice little page titled Handcrafted Games- and really, there’s no other way to describe them.

Devolver has built up a sizable collection of critically acclaimed titles including the Hotline Miami series, Enter the Gungeon, and Broforce. While the publisher’s games aren’t exactly technical marvels, they never forget exactly what videogames are about- having fun. Devolver’s newest release, Ape Out! is no different, and offers up a satisfying combination of action, frantic head-bashing and deceivingly challenging gameplay.

sher’s games aren’t exactly technical marvels, they never forget exactly what videogames are about- having fun. Devolver’s newest release, Ape Out! is no different, and offers up a satisfying combination of action, frantic head-bashing and deceivingly challenging gameplay. 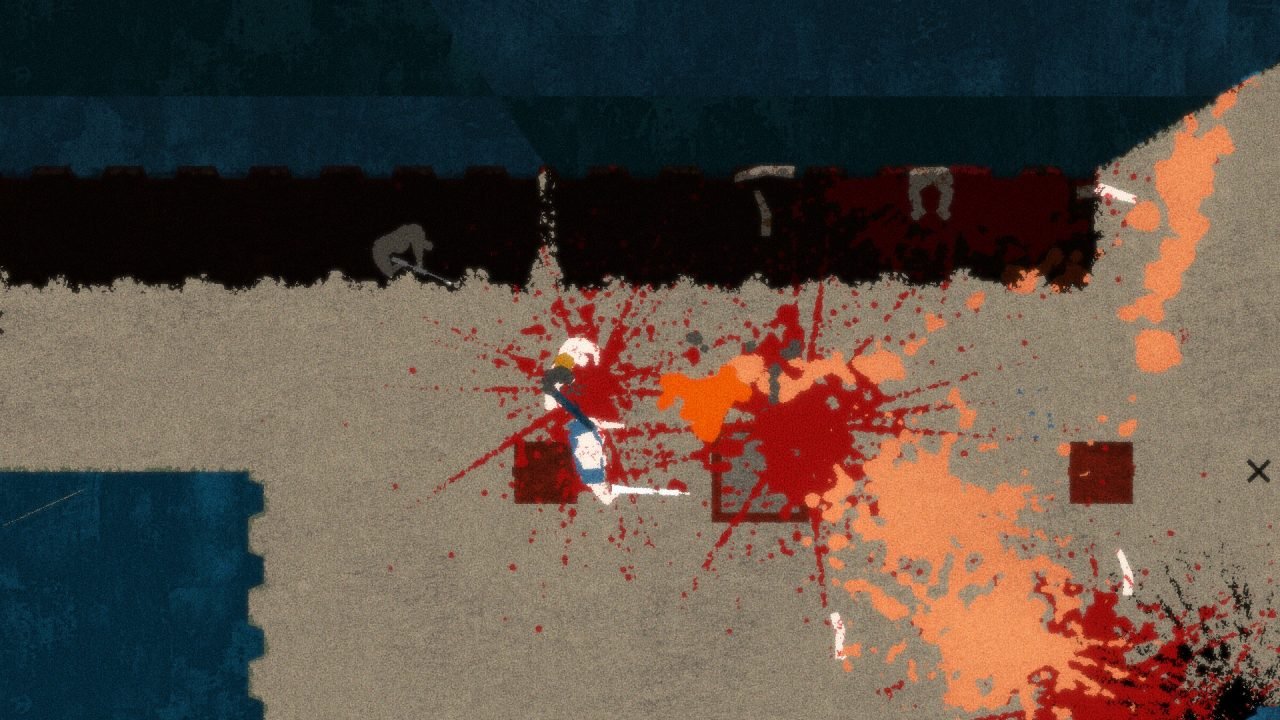 The game’s premise is simple, you take control of a hulking (and angry) primate and wreak havoc on the host of baddies trying to contain you. Sure, it might not make a whole lot of sense to have hundreds of gun-wielding mercenaries guarding a single ape, but you’re going to be too busy dodging machine gun bullets and shotgun blasts to really care. The action all unfolds in a top-down perspective, similar to Devolver Digital’s own Hotline Miami, albeit without the neon-drenched hyper-violent gunplay. You have exactly one objective: navigate the game’s maze-like corridors until you escape, murdering everyone in your path.

During your playtime, you’ll be limited to exactly two moves: a throw and a grab. Throwing lets you smash bad guys into walls, out of windows, and most satisfyingly, into other bad guys. On the other hand, the grab lets you protect your body from incoming gunfire while also allowing you to use whichever unlucky enemy happens to get in your way as a human turret, blasting anyone in your path. Through my roughly 3.5 hour playthrough, I came into contact with a slew of different enemy types, including machine gunners, pistol-wielding hitmen, buffed up shotgunners, snipers, and baddies equipped with some pretty imposing flamethrowers.

While Ape Out’s premise might sound simple, I can attest to the fact that it’s yet another “easy to pick up, hard to master” type games, which is hardly a bad thing. When you first open up the game, you’ll be hooked by its stark colours, vibrant atmosphere, and fast-paced gameplay. However, by the time you beat the first set of levels and move on to the second world, you’ll start to realize exactly how tricky the game can get. The game isn’t exactly forgiving, as it equips you with limited health and pits you against a sizable number of foes. For the most part, though, the game provides a tricky but nicely paced action experience. 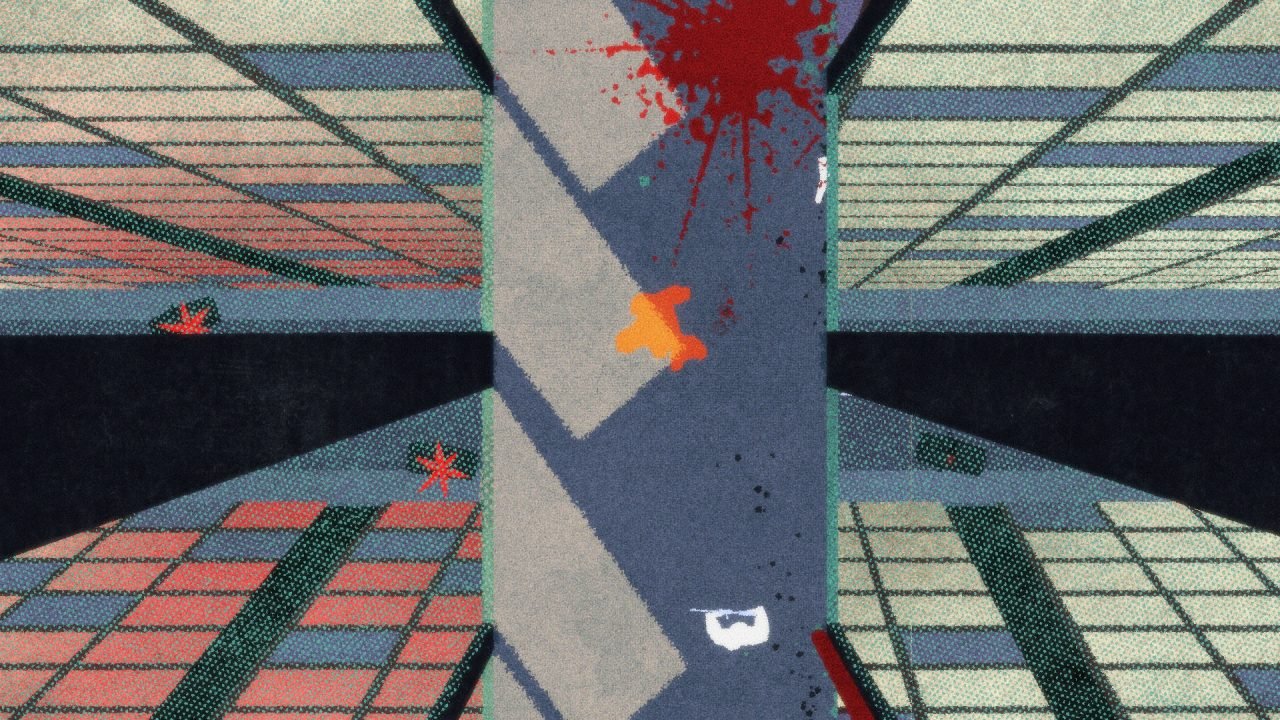 However, once you beat the game’s base difficulty, the action gets ramped up another notch, dropping in even more enemies. You can expect to die a lot, and when you do, you’ll be greeted with a map showing exactly how close you came to beating a level. I can’t even begin to count the number of times I died after my 8th attempt just to realize I was mere feet away from the level’s exit. It sounds frustrating, but the game is hardly unfair, and every death you withstand feels like it was your own fault. You’ll soon become addicted to the satisfying feeling of completing a tricky level in record time or finally getting to that exit right before you feel like smashing in your monitor screen.

Once you beat each world, you’ll gain access to an arcade mode where you’ll be competing against other players to hit the top of the leaderboards. Players are awarded for how fast they can complete levels along with how many enemies you’re able to kill. I can easily see the arcade mode seeping up hours upon hours of my time in the future as a desperately try to just beat my previous high score.

The levels themselves are almost all magnificently crafted, each adding on a new and unique element to the gameplay. The game is chocked full of memorable sequences, each one feeling like a small transformation to the game’s simplistic design, even if it’s something as minute as being able to rip out steel doors and use them as cover. My favourite level was the aptly titled “Power Down”, which turned the next few levels into a stealthier version of Ape Out, letting me weave in between alarms and flashlights to reach the exit. 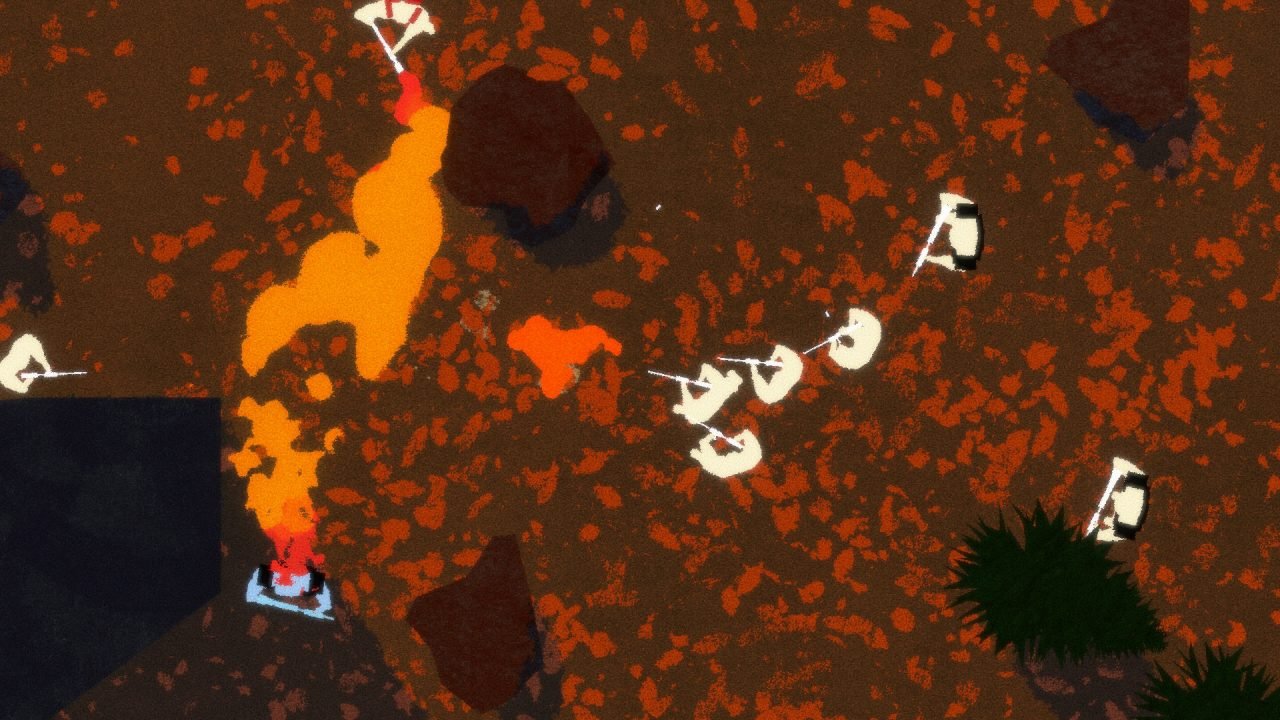 Yet, the most memorable part of the game is it’s aesthetic. Accompanying you across your handful of escape’s is an exciting jazz soundtrack filled to the brim with booming drum beats and crashing cymbals. It’s more than just a simple score though, it’s sort of the game’s whole selling point, and for good reason. The entire game is drenched in jazz, from its title card to menu design. Level sets are divided into albums, with each individual level getting its own song title. On each album, you get some fittingly simple artwork along with a list of artists, Gabe Cuzzillo, Bennett Foddy, Matt Boch, also known as Ape Out’s team of developers. What’s more is that the score is interactive, with each grab, throw and gunshot adding a satisfying crack of a snare or cymbal.

While Ape Out might not be revolutionizing the gaming industry, it sure does provide a satisfying, polished, and well-crafted avenue for death and destruction to those willing to drop a measly $14.99 on Devolver Digital’s latest title. Ape Out isn’t exactly brimming with content, with the game currently containing only three albums worth of levels, but it would be hard not to get your money’s worth out of the games addictive main levels and arcade mode.

The post Ape Out (PC) Review appeared first on CGMagazine.