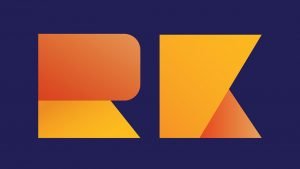 Ripkord.tv, an interactive platform and entertainment network, just revealed that a massive Potential Prize Pool of over $1 million USD is on the line for playing their In or Out! game.

In or Out! is a mobile game where players pick a colour and spin a wheel in each round. If the wheel lands on their chosen colour, then the player can either keep playing or cash out.

A player who decides to cash out will split the amount won in the round with all the other players who also decided to cash out. Those who continue playing will face more difficult odds in the next consecutive rounds.

“Nobody’s done anything this big in the live social games space, and we are going big, offering players a chance at winning over $1 million dollars every month,” Todd Peterson, the CEO and co-founder of Ripkord.tv, said.

Prior to Ripkord.tv, Peterson had a background in startups, energy technology, and hospitality. He was also the founder and CEO of AlphaDraft, an online esports and live streaming platform. In 2015, AlphaDraft was sold to FanDuel, a fantasy sports company.

Peterson said In or Out! players begin with “a fifty percent chance of winning something right from the start,” and how games by Ripkord.tv don’t require players to be experts in trivia.

Players can have the chance to win from the potential Prize Pool on March 13. Prior to this date, Ripkord.tv will be hosting events every Wednesday, where the weekly prize pool starts at $100,000 USD.

The winners of In or Out! must be over 18 years of age, as well as restricted to the states and Canada, with Quebec as an exception.

This post first appeared on CGMagazine, please read the originial post: here
People also like
Smart Tips on How to Get More Likes on Your Instagram Posts
An Officer and a Spy
Brighton to get new outdoor swimming pool as part of seafront regeneration
Holcim Philippines shares contributions to environment stewardship in govt, private sector talks
How to Get Rid of Mice – 5 Methods