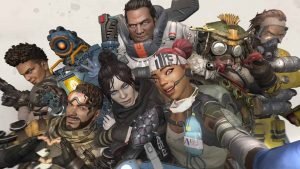 Even though it’s only been a couple weeks since the game was launched, Apex Legends just received a brand-new energy rifle. The weapon is called the Havoc and offers players an interesting twist on Apex’s gun mechanics.

Mobile Fun: 5 Mobile Games You Can Pl…
Wuhan Weather Report
7 reasons I’m tired of being tired
Magic Flying Carpet – Legend or Fact?
How To Visit The Natural Pools of Mil…

When first picked up, the Havoc acts as a full-auto rifle and just like the Devotion, the Havoc has a short chare up time until it can fire at full speed. Thankfully, players can equip the weapon with the Turbocharger hop-up to completely eliminate that rev-up time. Interestingly enough, the gun can also be equipped with a second hop-up: the select-fire receiver. Once the select-fire receiver is equipped, the Havoc can be used as a single shot laser beam, making it one of the most robust guns in the game. The laser shot is also hitscan, meaning it has no bullet drop and hits enemies instantly. The Havoc is the first instance of histcan being used in Apex Legends, with all of other guns firing projectiles.

The gun was first teased Tuesday in a short video released on Respawn’s official Twitter account. The full weapon trailer is now available on Youtube and shows the gun’s different firing modes and possible uses.

Apex’s first ever Battle Pass is scheduled to be released in March, so the Havoc is surely just the first of many additions coming soon to Apex Legends.