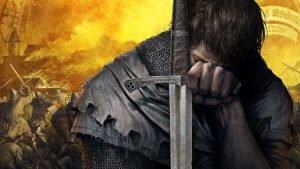 Koch Media, a subsidiary of Thq Nordic has recently acquired Warhorse Studios, the award-winning developers behind Kingdom Come: Deliverance. The purchase doesn’t come as much of a surprise considering Koch and THQ helped publish the developers previous titles.

CEO of Warhorse Studios Martin Fryvaldsky said that teaming with Koch and THQ would give them “an extra push in our mission to bring exciting games to our customers and extend the frontiers of the gaming industry”. Warhorse originally started as a Kickstarter campaign prior to the release of Kingdom Come, so THQ Nordic’s broader resources are sure to help the studio with its future releases down the line.

Dr. Klemens Kundratitza, CEO of Koch Media also chimed in, saying that he was “delighted to welcome the team from Warhorse Studios in the Family”. He continued by adding that he was more than happy with the success of Kingdom Come: Deliverance, which has sold over 2 million copies since its release a year ago.

However, THQ Nordic didn’t stop there, as they also made a deal to purchase leading Australian publisher 18Point2. Klemens explained that THQ had been “evaluating the Australian and New Zealand markets for some time,” adding that “from a strategic point of view, we believe now is the time to extend our corporate activities to these strong and growing markets.”

Koch Media and THQ Nordic are certainly looking to broaden their markets globally and take a larger chunk out of the already massive gaming industry. It’ll be interesting to see how the buyouts will affect the futures of Koch, THQ, Warhorse, and 18Point2. This news will certainly bode well for fans of 2018’s Kingdom Come: Deliverance.