Everything You Need to Know About the Latest Nintendo Direct 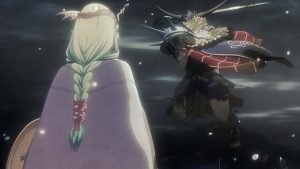 Nintendo held its first Nintendo Direct of 2019 on February 13th, and there were a ton of updates, new games, and release dates announced. To keep track of it all, here is every announcement made during the Nintendo Direct that you should pay attention to.

Kicking off the Direct, without any warning, was the announcement that Super Mario Maker would be getting a brand new sequel for the Nintendo Switch. Simply called Super Mario Maker 2, it will launch in June this year. The new trailer showcased several new features that will be added to the game, and we also got a shot of Luigi in a builder’s costume. How Super Mario Maker will translate to the Switch remains to be seen, but since we loved the original, we’re looking forward to seeing what Nintendo can do with this one.

More gameplay was shown of Marvel Ultimate Alliance 3: The Black Order in a new trailer, which highlighted the addition of Captain Marvel as one of the main playable characters. Exclusive to the Switch, the game is set for release sometime this summer.

BoxBoy, The critically acclaimed 3DS puzzle game is heading to the Switch. Playing as a box shaped hero, you unload boxes to solve a wide variety of puzzles. The Switch version introduces a new character, BoxGirl, allowing for two players to beat stages and solve puzzles together. Completing every stage also unlocks Qbby, a tall box with his own set of puzzles and mechanics. BoxBoy and BoxGirl will launch on April 26th.

The next update for Super Smash Bros. Ultimate, called Version 3.0, will be released sometime this spring. Unfortunately, Nintendo revealed nothing as to what the update will contain, promising only that we’d have to wait to find out.

In better news, we now know a release window for the next DLC character. Joker from Persona 5 will arrive in Ultimate sometime before the end of April.

Nintendo announced a free update for Captain Toad’s Treasure Tracker during the Nintendo Direct that will add multiplayer support to all levels currently in the game. The update will launch later today.

There will also be paid DLC coming to the game as well, which will add 18 new challenges spread across five courses. This DLC will be available for purchase later today as well, but you will only be able to access one course until the DLC launches in full on March 14th.

Bloodstained: Ritual of the Night

Nintendo showcased a brand new gameplay trailer for Bloodstained: Ritual of the Night during the Nintendo Direct, and also announced a release window: Summer 2019.

The sequel to 2016’s Dragon Quest Builders now has a release window. This block-building action-RPG will arrive on both the Switch and PlayStation 4 on July 12, and will bring with it four-player multiplayer and other new features.

The Switch version of Dragon Quest XI: Echoes of an Elusive Age will be hitting store shelves this fall. Rather than just being a straight port, Dragon Quest XI S will feature a fully orchestrated soundtrack, the choice of either English or Japanese audio tracks, and a 16-bit mode for those who prefer an old-school aesthetic.

Disney’s extremely cute puzzle game, Disney TSUM TSUM Festival, is making the switch from mobile to the, well, Switch, later this year. You play as bobbleheads of classic Disney characters, exploring the world in a brand new 3D-environment, where you can solve puzzles and take part in new minigames.

Nintendo revealed that the Switch version of Starlink: Battle for Atlas will receive an update this April that will add more Star Fox characters to the game. Peppy, Falco, and Slippy will be added as playable characters, each with their own unique abilities, along with several new missions.

Originally released in 2012 and 2013 in Japan and the West, the monster hunting/farming game Rune Factory 4 is coming to the Switch later this year. This special edition will be a remaster of the original, and will come with a host of improvements, including an updated marriage system that will let you marry villagers that will follow you into dungeons.

In bigger news, Nintendo also revealed that Rune Factory 5 is currently in development, though nothing was shown of it save for a logo.

Square Enix’s latest RPG coming to the Switch is Oninaki. Set in a world where reincarnation is a fact of life, you play as a hero who journeys between the worlds of life and death to rescue souls before they are turned into monsters. The trailer showcases the protagonist using multiple weapons, including a sword, axe, spear, and bow, in what appears to be real-time. Though specific details were not divulged, Oninakiwill come out sometime this summer.

Yoshi’s Crafted World, which is set to come out on March 29, will get a demo ahead of release. Better still, the demo will be available for download later today.

A large focus of this Nintendo Direct was on Fire Emblem: Three Houses, which we finally have details for. Set on a continent called Fodlan, which is divided into three nations. You play as a mercenary who, after a mysterious incident, travels with their father to a monastery situated at the center of the continent to become a professor. Choosing one of the three nations to teach, you guide them in battles across the land as peace begins to fall apart across the land.

In a change from past entries in the franchise, you’ll be able to fully explore the school and talk to the students in a 3D-environment. That said, battles will still be grid based, and the weapon triangle system the series is known for will return. Originally set for release this Spring, Fire Emblem: Three Houses has been slightly delayed and will instead launch on July 26th.

Out of all the franchises to receive a battle royale mode, Tetris is a likely contender for the strangest. Tetris 99 is competitive, multiplayer Tetris, where 99 players try to become the sole player left standing in this hectic puzzle game. Players can send tetronimoes to each other to ruin their lines, but otherwise, this is classic Tetris. The best part? It’s free, and available to download and play right now.

The horrifying multiplayer horror movie simulator Dead by Daylight is just one of many ports coming to the Switch this year. The four-vs-one game features bands of survivors evading a powerful killer, and is set for release sometime in the fall.

Toby Fox’s follow up to Undertale will surprisingly arrive on the Switch on February 28th. Available as a free download on the Nintendo Switch’s eShop, Deltarune: Chapter 1‘s “spoiler-free” trailer showcased dogs covering literally everything related to the game. Future chapters in Deltarune will also be released on the Switch, though they will not be free.

MARVELOUS!’s mech-action game Daemon X Machina is getting a free demo on the eShop later today. Featuring four missions and one boss battle, the game’s producer, Kenichiro Tsukada, said that the demo is meant to give players a feel of the game’s customization options. Daemon X Machina is slated to release in the summer.

Codemaster’s realistic racing game GRID: Autosport was confirmed to be coming to the Switch later this summer. This release will include all of the DLC already released for the game, along with motion controls and split-screen multiplayer.

Ninja Theory’s critically acclaimed action-game, Hellblade: Senua’s Sacrifice, will be coming to the Switch. Launched in 2017 on PC and PlayStation 4, the game was also ported to the Xbox One in 2018.

At this point, we should be asking ourselves what games aren’t being ported to the Switch instead of which games are. Mortal Kombat 11 is the latest game to come to Nintendo’s console, and it’ll be released at the same time as the other versions on April 23rd. That is, unless you’re in Europe, in which case it will launch on May 10th.

The lovable yarn-based platformer Unravel 2 will let you engage in heartwarming co-op action when it arrives on the Switch on March 22nd.

Announced last year, Square Enix decided to reveal the release dates for three Final Fantasy games headed to the Switch over the next few months. Final Fantasy 9 is surprisingly available on the Switch today, Final Fantasy 7 is set for release on March 26th, and spin-off Chocobo’s Mystery Dungeon: Every Buddy hits store shelves on March 20th.

This follows the previous reveals that Final Fantasy 10 and 10-2 will release on April 10th, followed by Final Fantasy 12: The Zodiac Age later this year. Final Fantasy: The Crystal Chronicles has also been announced, but no release date is set.

Platinum Games’ latest project for the Switch, Astral Chain features two police officers fighting against what looks to be giant monsters. The two characters fight in tandem against these monsters, utilizing a living weapon called Legion to bring peace to their “multicultural futuristic city”. Few gameplay details were revealed, but Astral Chain will release on August 30th.

And while no details were revealed on Bayonetta 3, Nintendo did say that development was continuing on the much anticipated sequel.

Surprise! Nintendo announced a remake for the Game Boy classic The Legend of Zelda: Link’s Awakening as part of the final reveal of this Nintendo Direct. This will be a 3D recreation of the original, along with some added features, and will retain the top-down and side-scrolling perspective the game is known for. We have little details on this remake, except for the fact that it is set to come out later in 2019.

Liked this article and want to read more like it? Check out more by Preston Dosza like his review of Fallout 76, , Bringing Canada to the World of Civilization VI: Gathering Storm, and Preston’s Game of the Year 2018!

The post Everything You Need to Know About the Latest Nintendo Direct appeared first on CGMagazine.

Everything You Need to Know About the Latest Nintendo Direct