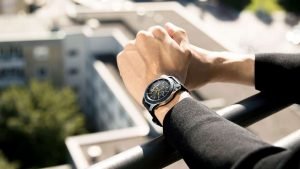 The smartwatch ecosystem is getting more interesting and useful as the years go on. While Apple is currently the king of the high-end smartwatch world, companies like Samsung are slowly catching up, offering more compelling options for users not on the iOS platform. One such watch, the Samsung Galaxy Watch, is now available in Canada, and despite some minor nit-picks, manages to be an exciting offering in a sea of mediocre devices.

Before we go any further, it should be noted that the Samsung Galaxy Watch is a stunning smart timepiece. No, it does not have the design flair of the Apple Watch, and ultimately has the fit and finish of a typical smartwatch, but even with that said, Samsung has built something that stands out on and off your wrist.

The two sizes, 46mm with a 1.3” screen, or the 42mm and 1.2” screen are both gorgeous devices. The colour options of silver accent on the larger, with Midnight Black and Rose Gold for the small, only add to the timeless look and feel of the timepiece. The simple rotating dial, carried over from previous Samsung Gear smartwatches, remains a great way to interact with the device if a touch screen is not your style. 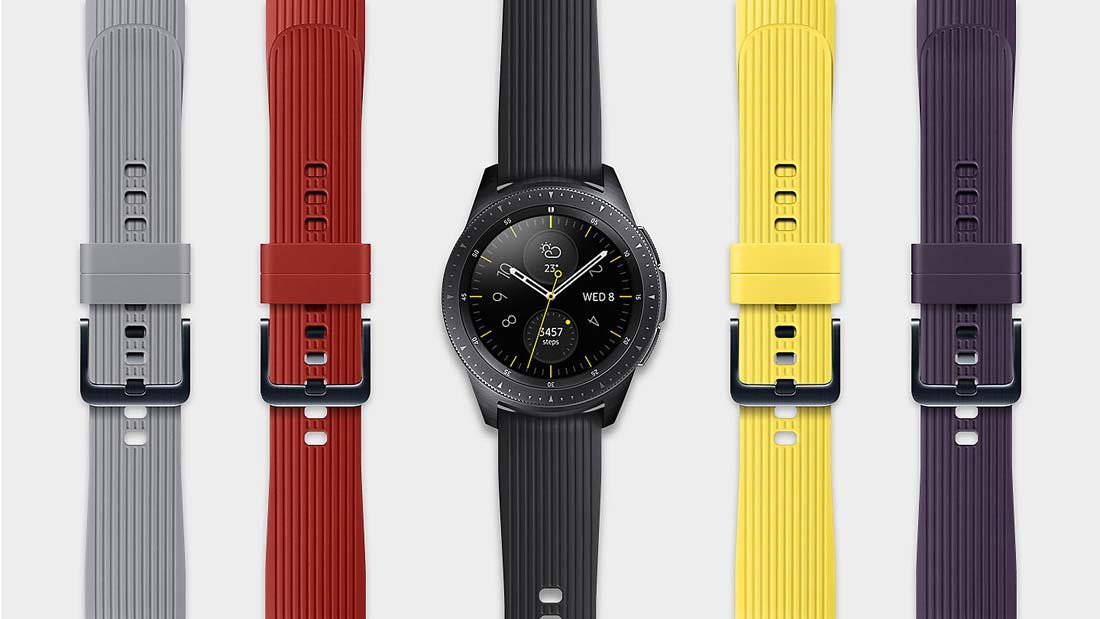 Everything about Samsung’s Galaxy Watch feels modern while still built for utility. Never in my time testing the watch did I feel lost in the interface, or that the Galaxy was anything beyond what it is trying to be—a smartwatch—giving access to all features of my phone. The dial and two buttons combined with the touchscreen made all tasks a breeze to perform. Add to that a simple OS, and it made for a very enjoyable experience.

Part of this is thanks to the OS Samsung have opted to use. The Tizen based system feels tailor-made for the small form factor, not trying to do more than necessary, especially for daily activities, such as checking weather, fitness, or simply telling the time.

Speaking of health and wellness, the Galaxy Watch shines when it’s used for fitness related activities. Out of the box, the rubber band worked well for the times I brought it to the gym, and the built-in apps helped with many levels of fitness.

Now let’s be clear, the Galaxy Watch will not substitute for a proper fitness instructor, and if you want to dive into any serious level of health and exercise, there are much better options out there. However, if you are looking for something to help motivate, the Galaxy is a great option. The 39 built-in workouts are a great way to get you started at the gym, and the stress tracking and sleep tracking are also great additions, with the app helping out with breathing exercises in times of greater stress. 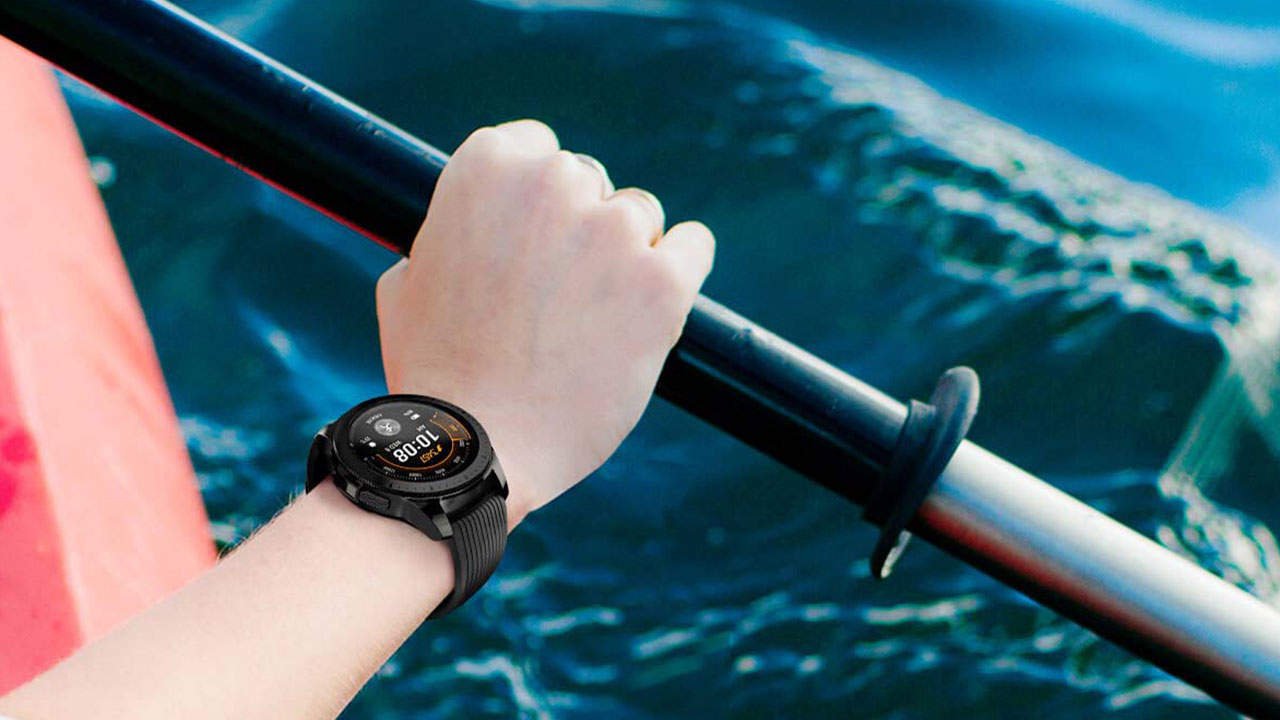 It is also nice to see how much more granular the Galaxy Watch managed to be at tracking walking, stairs, or any other daily activity. There was a larger difference between my phone’s tracking and the device’s tracking than I would have imagined.

But all of these features would be pointless if the Galaxy Watch could not last through a day. Thankfully, the 270mAh battery on the 42mm watch I tested (427mAh battery on the 46mm) surpassed my expectations. In testing the watch lasted well over a day, making it almost to 48 hours before I had to set it on its charger. While not as impressive as my trusty pebble, it still fared far better than many smartwatches currently on the market!

Samsung has also built the watch to be used outdoors. The Galaxy Watch boasts a military level of durability, with a Corning Gorilla Glass DX+ screen. It also features water resistance, allowing you to swim with 5 ATM of water resistance.

For added measure, the Galaxy Watch has 4GB worth of storage. While not a lot of space, it can be used for apps, along with music or other audio. Meaning you can listen to music while on a run with the aid of Bluetooth headphones, although I would still advise having your phone close at hand, as 4GB will not hold much. 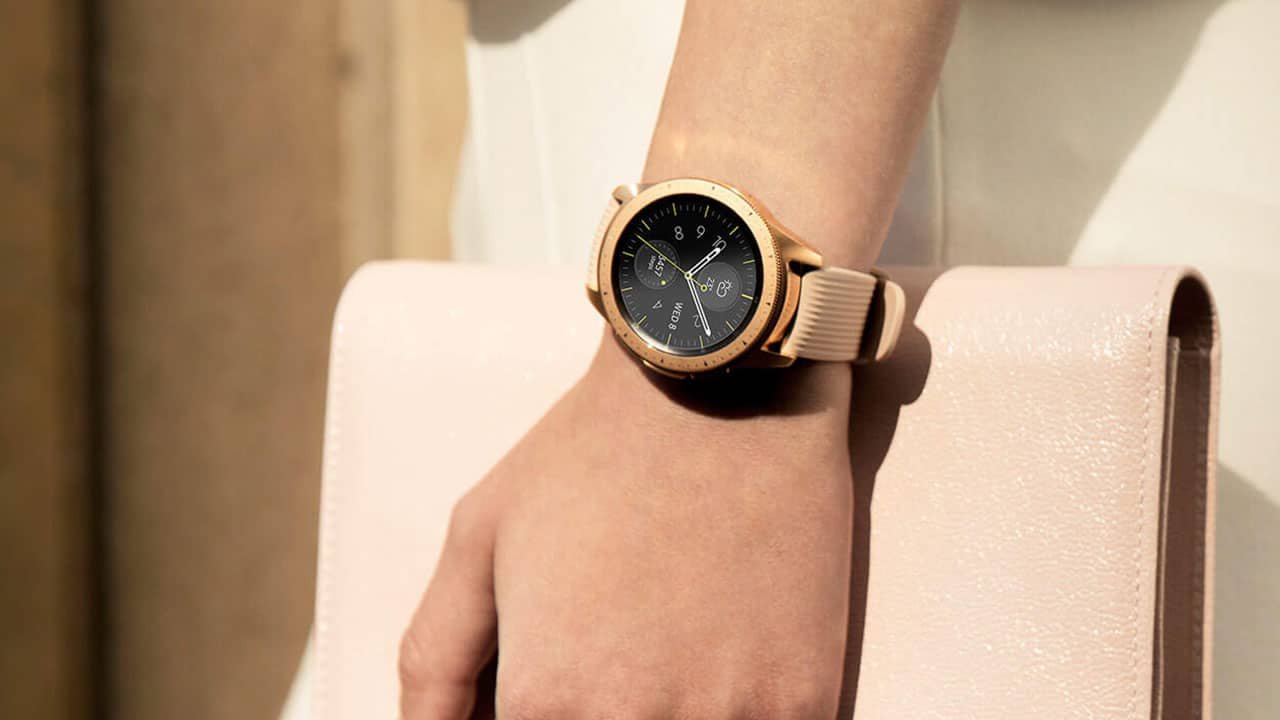 Samsung is solidifying their position in the smartphone market with the Galaxy Watch. While at the end of the day it is only an iterative step for their watch platform, it also firms up their strength while working at eliminating many of the weaknesses seen in previous iterations. It may not be as flashy as Apple’s offering, and there are currently far fewer apps than on Android Wear, but what are present work well. If you have a Samsung phone or are simply interested in trying something different, you can’t go wrong with the Galaxy Watch.