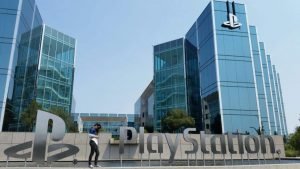 As any company attempts to withstand the test of time, changes to administration must be made to ensure proper direction. On Monday, Sony Interactive Entertainment promoted its president to position in hopes of moving the company towards the future.

Previously only president, now Ceo Jim Ryan will assume charge of the company starting from April 1, leading to the company’s current CEO John Kodera to have to step down and in the words of Sony Corporation President and CEO Kenichiro Yoshida, “focus on developing innovative user experiences as deputy president of Sony Interactive Entertainment.”

“It’s a huge honor to be asked to take on the role of president and CEO of Sony Interactive Entertainment,” said Jim Ryan, “I’ve seen the PlayStation business grow and change massively since the very early days, and I hope to be able to put that experience to good use in reinforcing the foundations of the Game & Network Service business, and in evolving the entertainment that PlayStation offers to its engaged and passionate community. Working with John and the SIE team around the world, I am committed to strengthening relations with our business partners, and to continuing to provide the ultimate interactive entertainment experiences that make PlayStation the Best Place to Play.”

As for Kodera, he states that “I have been discussing with Yoshida-san the need to drive SIE to the next phase in our rapidly changing business environment, and realize the evolution of the PlayStation platform and further enriching the user experiences made possible through the network, which is an essential value that people expect in the entertainment PlayStation provides.”

Any specific plans to improve the PlayStation service are yet unknown, but judging by the fact that both Kodera and Ryan possess long expertise within the company, it is fair to assume that the decision was wisely thought-out in order to assure the better future of the PlayStation brand.