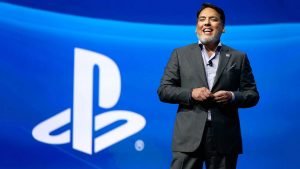 Sony Interactive Entertainment Chairman Shawn Layden recently sat down with Game Informer to talk about the future of Playstation and what’s in store for fans down the line. In the interview, Andy McNamara of Game Informer asked Layden about Sony’s stance on cross-play and its recent additions to Fortnite and Rocket League. What Layden had to say about the topic will most likely shock a lot of fans, especially considering the abundance of developer protest against the company.

A Balanced Response to Allen Gwinn
Variations of Online Slots
Four Roles of a CTO in Your Startup
Music Profile: Elliott Waits For No O…
openSAP Celebrates 5 Million Course E…

When asked about the future possibilities of Playstation cross-play, Layden said that the “whole concept of cross-play… really got big in our rear-view mirror super-fast,” continuing by saying that the main struggle that Sony has with cross-play is maintaining “the same quality of experience” across all platforms.

For Sony, Layden said that prior to Fortnite’s recent inclusion of the feature, cross-play was never a priority. It just didn’t seem sensical, considering that “the PlayStation community is so large it’s not like you couldn’t fill up a lobby if you wanted to fire up a game.”

There’s a clear disconnect between Playstation fans and executives, because the problem is that’s not what cross-play is about for most gamers. It’s all about accessibility. Increasingly, players want to be able to join their friends in online games, regardless of which console they have. With the immergence of free-to-play AAA titles like Fortnite and more recently Apex Legends, players have even more of a reason to beg for the inclusion of cross-play. The reason games like Fortnite have blown up recently is because of how accessible they are. Friends can jump on a PC, console or even a mobile phone and all play in the same lobby. This level of convenience was previously unheard of in the industry and is one of the main reasons Fortnite has made such a big splash.

Interestingly enough, when asked about whether or not any future titles would include cross-play, Layden said that Sony was “open for business on (that) one. All it takes is for publishers and developers who wish to permission it. As ever, just work with your PlayStation account manager, and they will walk you through the steps that we’ve learned through our partnership with Epic on how this works.”

This seems to be in opposition to the overall sentiments of the community, especially considering how many developers have called out Sony about their lack of transparency surrounding the issue. Just a few days ago, CEO of Hi-Rez Studios Stew Chisam made a post on Twitter, telling Sony to “stop playing favorites and tear down the crossplay/progression wall for everyone,” adding that Hi-Rez has SMITE, Paladins, and Realm Royale “ready to go when you are.”

This hasn’t been the only case of a developer refuting Layden’s claims. CEO of Chucklefish Finn Brice said that prior to the release of their brand-new game Wargroove, Chucklefish “made many requests for crossplay (both through our account manager and directly with higher ups) all the way up until release month. We were told in no uncertain terms that it was not going to happen.”

At this point it remains unclear exactly how Sony will proceed with the issue in the coming months. Regardless, fans will be patiently waiting for any news regarding the situation. As of right now, no one knows which game might be next to receive Sony’s “favourite treatment” and receive cross-play support.