Sorry, Crackdown 3 Can’t be Played With Friends On Launch 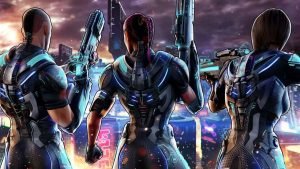 Sumo Digital’s Microsoft exclusive has faced share of issues The game has already suffered through several major delays, with the series original co-developer and creator Dave Jones leaving Crackdown 3’s development team after his company’s acquisition by Epic back in June.

How to Develop an Educational App?
Step-by-Step Guide on Creating the Ul…
Stremio Alternatives- Apps Like Strem…
GetResponse Review-How to Setup

From the pre-release footage we have so far, the game that was once flaunted as being the next milestone in cloud gaming looks like little more than an average Xbox 360 era title. Back in June, Polygon interviewed the Head of Microsoft Studios Matt Booty, where he said the newest Crackdown installment was meant to be a game that could “sit next to Halo, sit next to Gears”. Yet from what we’ve seen, it seems pretty safe to say that the studio missed its mark.

What makes it worse is that the game won’t have any sort of party functionality on release. Instead, according to Eurogamer, a Microsoft spokesperson said that “party functionality will be enabled with an upcoming title update along with our soon to be announced post-Launch content.”

If you were expecting to play a few rounds of Crackdown 3’s competitive multiplayer mode on release, make sure to alter your expectations. The mode is called Wrecking Zone made up of 5v5 competitive matches with an emphasis on environmental destruction.

For those that don’t care about playing with their friends on launch, Crackdown 3 releases on Xbox One and Windows on February 15th.

The post Sorry, Crackdown 3 Can’t be Played With Friends On Launch appeared first on CGMagazine.

Sorry, Crackdown 3 Can’t be Played With Friends On Launch