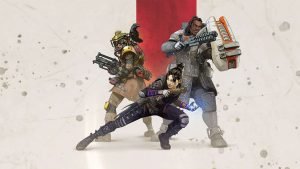 Respawn Entertainment knows how to make a first-person shooter feel good. The studio’s pedigree, from its founders, work on Call of Duty and particularly the first Modern Warfare, all the way to Titanfall and it’s fantastic successor Titanfall 2, places it amongst the best developers in the entire genre. They know how to make the weapons sing, give the movement speed and rhythm, and most importantly, create an experience that keeps you coming back for more. And nowhere is that exemplified better than in Respawn’s newest release, Apex Legends.

Hardcore Heaven ’95
Magic Flying Carpet – Legend or Fact?
How To Visit The Natural Pools of Mil…
The Kintyre Experience
Crypto Community of India have to wai…

Set in the Titanfall universe some 50-odd years after the events of Titanfall 2, Apex Legends is notably missing some of the characteristics that made the franchise stand out. Namely, there are no titans, and wall-running is completely absent. But far from being a disappointment, as I originally thought when I first saw the game’s reveal, Respawn has refined the core gameplay to the point that Apex Legends is easily one the best first-person shooters, battle royale or not, in recent memory. 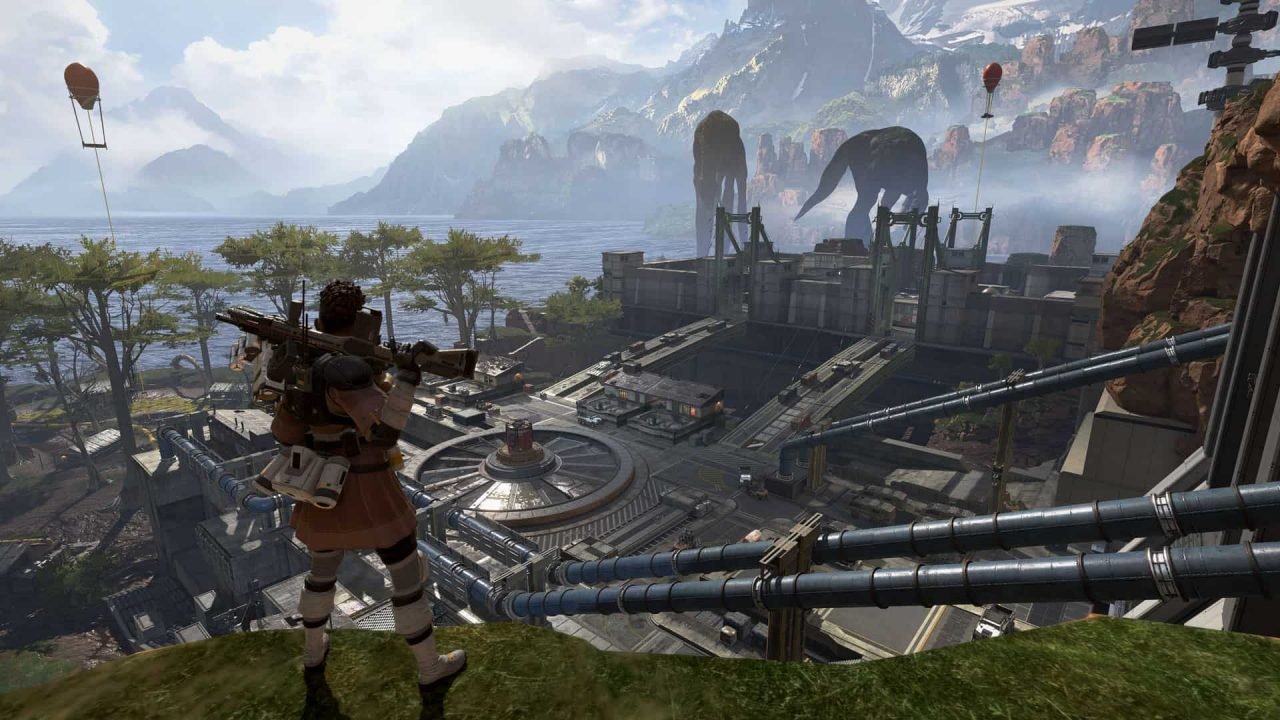 You wouldn’t say that by simply looking at the game, however. At a glance, Apex Legends looks and plays similarly to other battle royales such as PUBG and Fortnite, though its sixty players can only be divided into three-man squads as of writing. Your squad drops into the map, searches for guns and gear, and tries to outlast the other nineteen squads as the barrier shrinks ever so slowly towards a final, uncomfortably tiny point. The weapons run the normal gamut of pistols, shotguns, SMG’s, LMG’s, and sniper rifles, though there are a few guns that have a twist to them such as the Triple Take, which fires three bullets in a line.

But every gun, no matter how simple, feels unique, like it has a reason for existing. The Longbow sniper rifle isn’t as powerful as the other guns in its category, but it’s semi-automatic nature makes it feel like a classic rifle straight out of World War 2. The Peacekeeper, a lever-action shotgun and my personal weapon of choice, fires rounds in a compact pattern that has remarkably long range. Even the Mozambique, which has both a great name and is one of the worst guns in the game, has a distinct shot that catches the senses, even if it’s damage is terrible. No matter the gun, just by looking at a weapon, you can tell how many rounds are left in the magazine without having to look at the UI. Put simply, the weapons here are sublime.

That feeling extends into the movement as well. Sure, there’s no wall running in Apex Legends, but that doesn’t mean there aren’t options to build your momentum. By pressing the crouch button while running, you can slide a short distance to pick up either some slight speed on flat ground, or turn into a human rocketship when sliding down a hill or staircase. Crouch sliding feels good, and not only does it increase your speed, it also changes your stance to trip up enemies who are aiming at you. Watch any firefight and you’ll see a half dozen players sliding, jumping, and generally making use of the terrain to gain a slight lead. It’s not artificial either; every move you make feels natural, with a natural speed that makes running, sliding, and gliding across the map exhilarating.

Apex Legends’ map is tiny, all things considered, though it’s diverse set of locations makes it feel far larger than it actually is. Running the gamut from the bone filled desert of Skull Town, to the burned out forest near Wetlands, to the shanty towns and military installations in between, each area of the map stands out. It’s very easy to run across if you need to rush to the next circle, but it’s also dense. There’s a lot of buildings to loot, nooks and cranny’s to hide in, and mountains to climb. To compare it to other battle royales, Apex Legends never feels empty, either in players or in areas to explore. You’re always near the action, and considering most matches last 25 minutes at most, means there is very little downtime. I welcome this change, and it’s one of the biggest reasons why I’ve enjoyed it as much as I have. 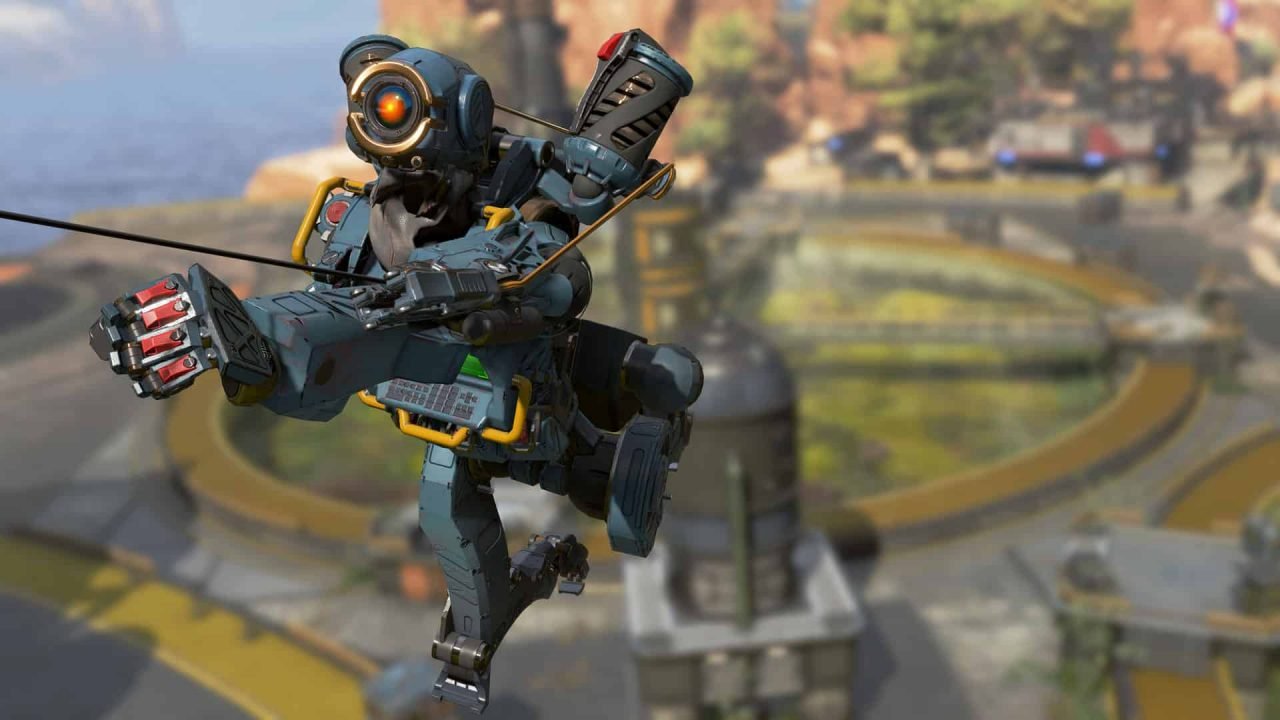 Another reason is in how you manage your inventory. You start out with eight inventory slots outside of your weapon slots, though you can pick up backpacks to increase that load. Items include ammunition, grenades, armor, healing items, and far too many attachments for your own good. There is a lot of loot to pick up, but thanks to a much appreciated feature, you can automatically swap out attachments on your gun by picking up a higher quality version of the attachment. Loot has colours assigned to it, with a purple item being rarer and better than a blue item, which is a better than a white item and so on and so forth. Broadly speaking, this allows you to easily identify on site which items are worth picking up and which are good to skip.

Perhaps the most impactful core gameplay mechanic is in the characters, called Legends. Instead of customizing an avatar, in Apex Legends you pick one of eight characters that have their own unique passive, active, and ultimate ability. For example, Gibraltar is a massive tank who can throw down shields to protect his squad, has a shield to protect him while aiming down sights, and can call in a defensive bombardment on his position. Through and through, the eight characters (with more on the way) are well designed, both in terms of their appearance and in gameplay.

In practice, these characters provide new strategic options for your squad to survive and win. Take Wraith, whose ultimate lets her create two portals that anyone can travel through. While it can be used defensively as an escape route, it is best used to stage sudden ambushes and daring assaults that can catch enemies off guard. Mirage can create decoys of himself that can fool the enemy into firing at a, well, mirage. Bangalore can launch smoke grenades that can obscure an enemies vision, which, let me tell you, works great with Bloodhound’s ability to track enemies no matter where they’re hiding if you activate their active power. None of these abilities will win you the game, as that comes through precise shooting and a good grasp of the underlying gameplay mechanics, but sometimes creating those new avenues is all you need.

Without these diverse characters, Apex Legends wouldn’t be out of place amongst a lineup of generic, sci-fi shooters. The map lacks colour, and it’s predominantly green, browns and greys aren’t exactly the most inspiring palette to look at. It’s the characters that make Apex Legends stand out, and fortunately, you can make them stand out even more. 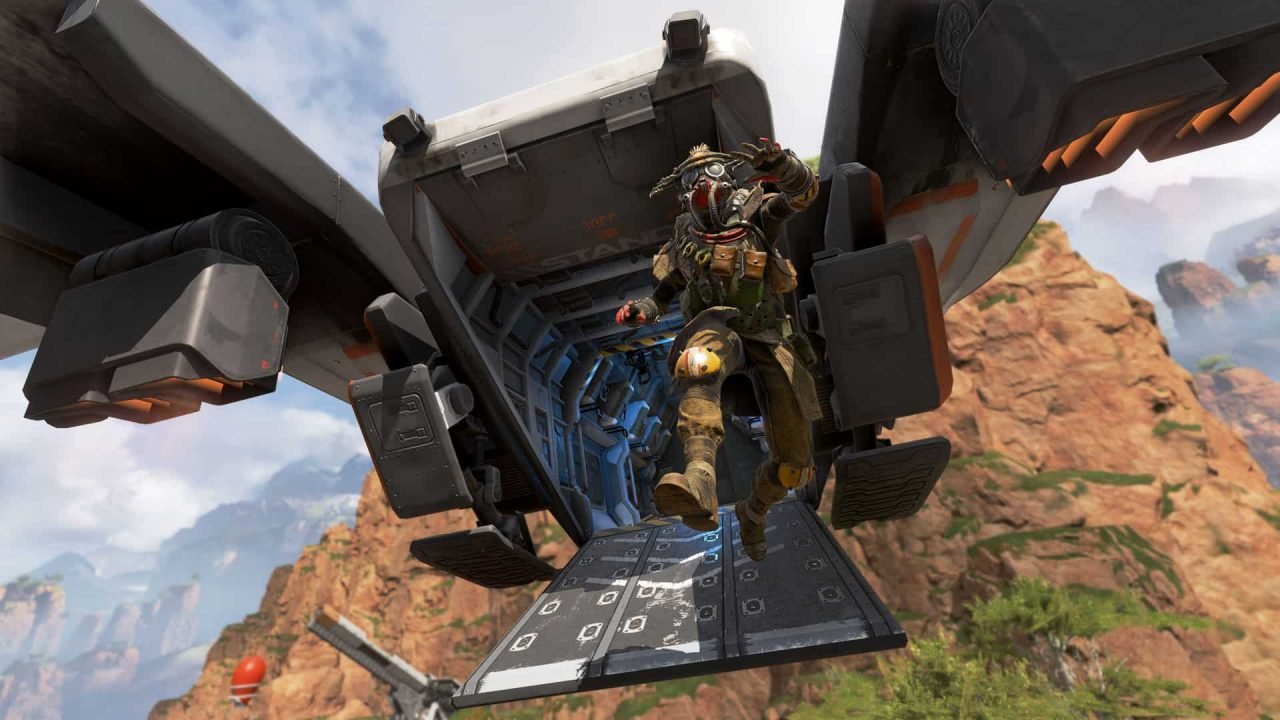 Each character can also be customized with a host of skins, voice lines, and animations to make them feel like your own. As a free-to-play game, these are unlocked either through semi-regular level ups that gift loot boxes or through microtransactions that let you purchase premium currency. While this system can be exploitative, in practice, Apex Legends is relatively benign, in part because drop chances for loot boxes are listed on the page you purchase them. You can buy one of the two locked Legends for roughly $10, and acquiring a skin for a Legend or weapon through gameplay doesn’t take particularly long either.

If this sounds like Overwatch to you, that’s because this system is pretty much taken straight from Blizzard’s popular hero shooter. In fact, a lot of the systems are pulled from other titles in the battle royale genre, primarily PUBG. The only difference here, is that Respawn has taken the time to refine each aspect of the gameplay to the point of near perfection.

This isn’t to say that Apex Legends isn’t innovative. On the contrary, Respawn has added one feature that is unequivocally the best addition to the battle royale genre I’ve seen yet: the ping system. Using a single button, you can tell your squadmates to go to a location, mark an enemy’s position, highlight items and weapons for them to pick up, mark a location for defense, and so much more. It’s simple, it’s intuitive, and it effectively allows you to communicate with your teammates if you’re not using a microphone.

Take for example what happens when you pick up an item that was either highlighted or dropped by a teammate. If you pick it up, a button prompt appears allowing you to thank them. It’s such a little thing, but it’s these tiny details that make Apex Legends stand out. 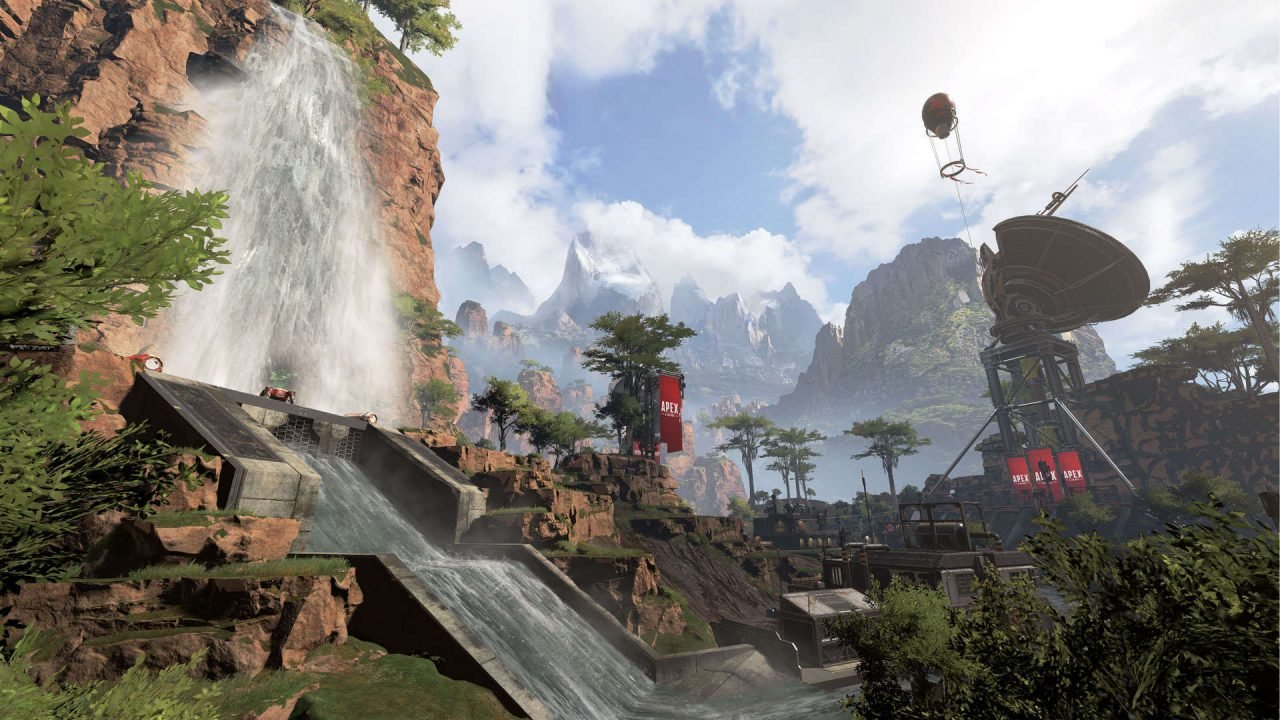 Throughout my time playing Apex Legends on both PC and PS4, I felt more cohesion and a better overall sense of tactical play than any other battle royale I’ve played due to the communication. Wordlessly, teammates will flank and assault enemy positions if you mark a location on your map. I’ve had allies routinely share and highlight important upgrades that I’ve needed because they knew what gear I was packing. Furthering the sense of camaraderie is the ability to respawn an ally by picking up a banner off of their corpse and taking it to a respawn point. This paints a large target on your back, as it is very easy to see someone being brought back to life, but the ability to even come back from death means that one dead squadmate isn’t going to be the end of the world.

What Respawn has done with Apex Legends is remarkable. It has launched a free-to-play battle royale that is not only feature complete but features few technical problems, guns that feel like they’ve been worked on for years, characters that have compelling designs and abilities that are not overpowered, and a quick, easy to pick up and play matchmaking system. The fact that Respawn announced and released it on the same day is even more absurd. Additional updates for Apex Legends are planned, and I look forward to seeing how Respawn can build off of what they’ve created. Because put simply, Apex Legends is the best battle royale ever made.