Heroes of the Storm: Anduin Wrynn Leaked As An Upcoming Hero 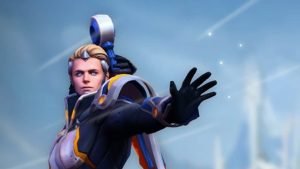 Anduin Wrynn from World of Warcraft just got leaked as an upcoming playable character in Heroes of the Storm.

If the leak is genuine, then the Nexus may soon have a new hero who, in his original universe, is the King of Stormwind, High King of the Alliance, and the son of the former King of Stormwind — Varian Wrynn.

A storm is coming
Why Do I Have These Thoughts?
Comparison of Symmetric Encryption Me…
Langa Mavuso – Sunday Blues
Mobile Tech To Look Out For

Although Varian pushed Anduin to train like a warrior when he was a child, the latter stuck by his training as a priest. He became one of Prophet Velen’s pupils and had a history of opting for more peaceful options in contrast to his father.

This was especially shown when he convinced his father to spare Moira Thaurissan’s life back in Ironforge, as well as when he hoped for Garrosh Hellscream’s redemption in the World of Warcraft: War Crimes novel.

Back in World of Warcraft: Mists of Pandaria, Anduin was also seen conversing with Wrathion, a black dragon who his father and other Alliance characters disapproved of, because of what had happened with members of the black dragonflight like Onyxia and Deathwing in the past.

In World of Warcraft: Battle for Azeroth, Anduin and his allies are currently facing Warchief Sylvanas Windrunner and the Horde.

Meanwhile, according to the Heroes of the Storm leak and a subsequent tweet, Anduin will get a “Neo Stormwind President” skin as part of a bundle when he enters the Nexus.

The post Heroes of the Storm: Anduin Wrynn Leaked As An Upcoming Hero appeared first on CGMagazine.

Mobile Tech To Look Out For

Heroes of the Storm: Anduin Wrynn Leaked As An Upcoming Hero