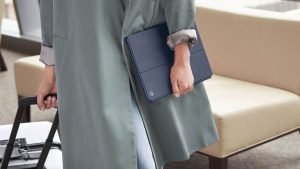 Google Chrome OS is in an interesting place. On one hand, it is a desktop operating system that has the power of Android to give it apps, and it is relatively easy for the layman to use. On the other hand, Chrome OS is simply not as robust a platform as Windows or OSX and lacks many of the features power users expect from a full-fledged OS. It is within this landscape that Google has dropped the Pixel Slate, the company’s new laptop/tablet hybrid, and while it has some great ideas on display, some odd design decisions keep it from surpassing last year’s PixelBook.

5 tips to find the best Australian je…
How Investing in Young Black Women Du…
Canadian Online Casinos at its Best
15 Insanely Perfect Backpacks For Tee…
Why you should start sleeping naked? …

Starting at $599 and moving up to $1599, the Pixel Slate is Google’s latest attempt at providing the industry with a high-quality example of what is possible with Chrome OS. With the potential to have a machine running an Intel Core i7, a 256GB SSD, and up to 16 GB RAM, Google is betting on people to invest in their OS.

The Tablet 2-in-1 is not a new concept by any stretch of the imagination. From the Microsoft Surface to the Apple iPad Pro, there are plenty of powerful tablet hybrids currently on the market. They all offer their own take on what the concept can look like, from desktop OS’s to unique takes on multitasking, and it has become a market where there is something for everyone.

And that is where the Pixel Slate comes into play; it takes the ideas set forward with the PixelBook in 2017, offering a cutting edge take on the Chrome book. The Pixel Slate is no slouch on any SKU, boasting a 12.3-inch touch screen that provides vibrant colours, a crisp image, and a staggering level of clarity. It also looks the part of a premium device, built from anodized aluminum. This is clearly a premium device, and Google has positioned it as such.

On the top of the device, you will find a recessed power button that doubles as a fingerprint sensor, similar to the Xperia range of devices from a few years back. While it does lack the magic of FaceID, the biometrics on offer do work, and with the ability to store up to three fingerprints, you should have no issues unlocking your device in a pinch. 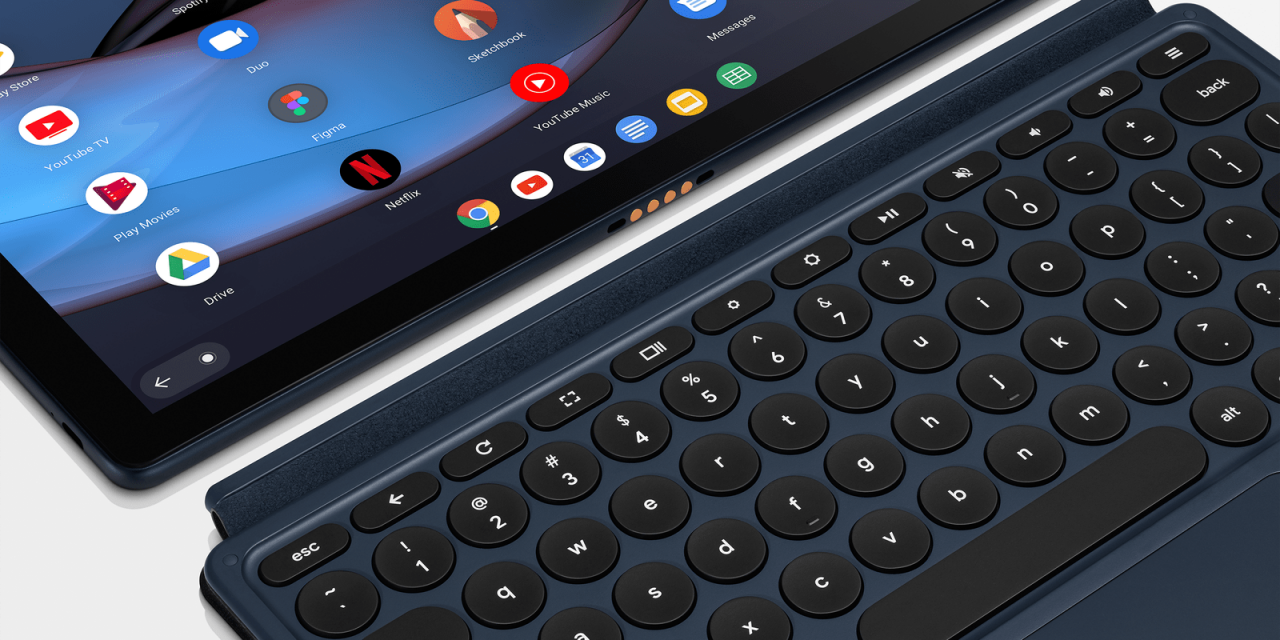 Sadly, when Google moved Chrome OS onto this tablet, they opted to limit the number of ports when compared to last year’s PixelBook. You don’t have that fancy 3.5mm headphone jack this time around and are limited to two USB-C ports. This being Chrome OS and not iOS, you are welcome to use any dongles you may have, giving the tablet anything from an SD-Card reader to an external display, or just a headphone jack—as the Bluetooth on Chrome OS can be flaky at times.

At least Google did not skimp on the features they did include with the Pixel Slate. The 8-megapixel camera on offer was far better than expected, and will do well for video calls or basic selfie-taking. The speakers are another surprising achievement, and despite their size, are loud, crisp, and clear, and are hands down some of the best tablet speakers I have ever tested.

Battery life is fantastic, with Google boasting around 12 hours on a full charge. In real-world testing, it did not manage to reach that point, but I did manage around 10-11 hours with heavy to moderate media use. I did find that the built-in monitor had trouble keeping up with the life on offer at any one time, but this is something I have grown to expect from modern devices. 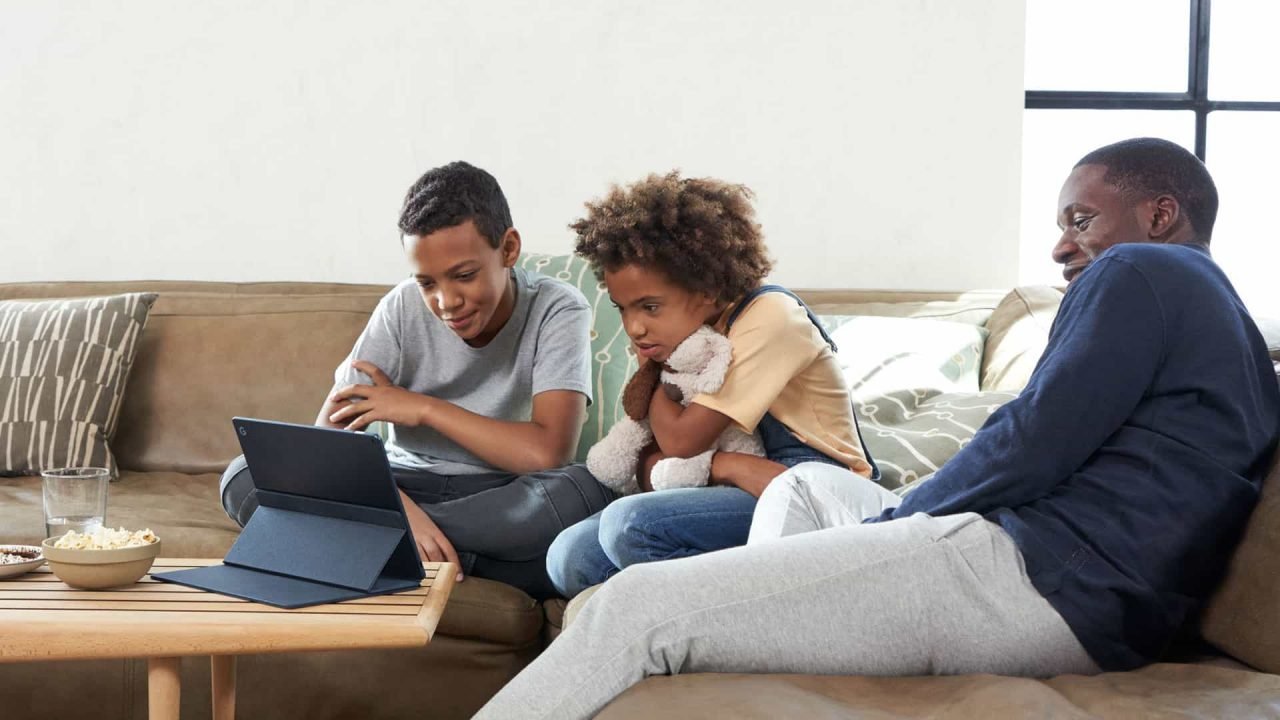 The keyboard, on the other hand, I was not a fan of. It is not bad, but it just doesn’t live up to the level of quality I have grown to expect from the iPad Pro or even the Pixelbook. I found the round keys tedious to type on, and even after a week or so of use I could not look past the awkward nature of using the keyboard. The built-in touch-pad worked, but again, compared to last year’s Pixelbook, left a lot to be desired.

If that were not enough, the assembly just did not feel as sturdy as I would have liked from a keyboard in this class of device, especially for typing while on your lap. It always felt flimsy, on the verge of falling over when any serious typing was needed. And while the magnetic back offers a series of ways to adjust the placement, nothing managed to feel as secure as I would have expected from a $219 USD accessory.

As is mandatory on these new hybrid devices, the Pixel Slate has a $99 USD pen stylus that can expand the possibilities of the device. Sadly, much like the Pixelbook, the Pixel Slate suffers from the same lag issues that make drawing less accurate than I would have liked. There are also few drawing apps that make use of the technology to really dive into being creative with the pen. Sadly, unlike iOS and the iPad Pro, the Slate never surpasses that creators device threshold, often using the pen to search google or scroll a web page rather than for any serious creative endeavours.

The real issue with the Pixel Slate is ChromeOS itself. While it feels a bit more solid on the tablet side when compared to the PixelBook, it still feels half-baked at times. While I liked the fact Chrome OS feels far more desktop-like than iOS, it is still lacking in many notable ways.

Android apps are more and more feeling like a solid part of the OS, and are offering more options for what the OS can do. However, it always feels like a beta feature, even though it is a major selling point of the Pixel Slate. Granted, much of these issues come from the fact that not all apps are optimized for that form factor at present, but if you are buying the device now, it is hard to recommend it based on potential features. 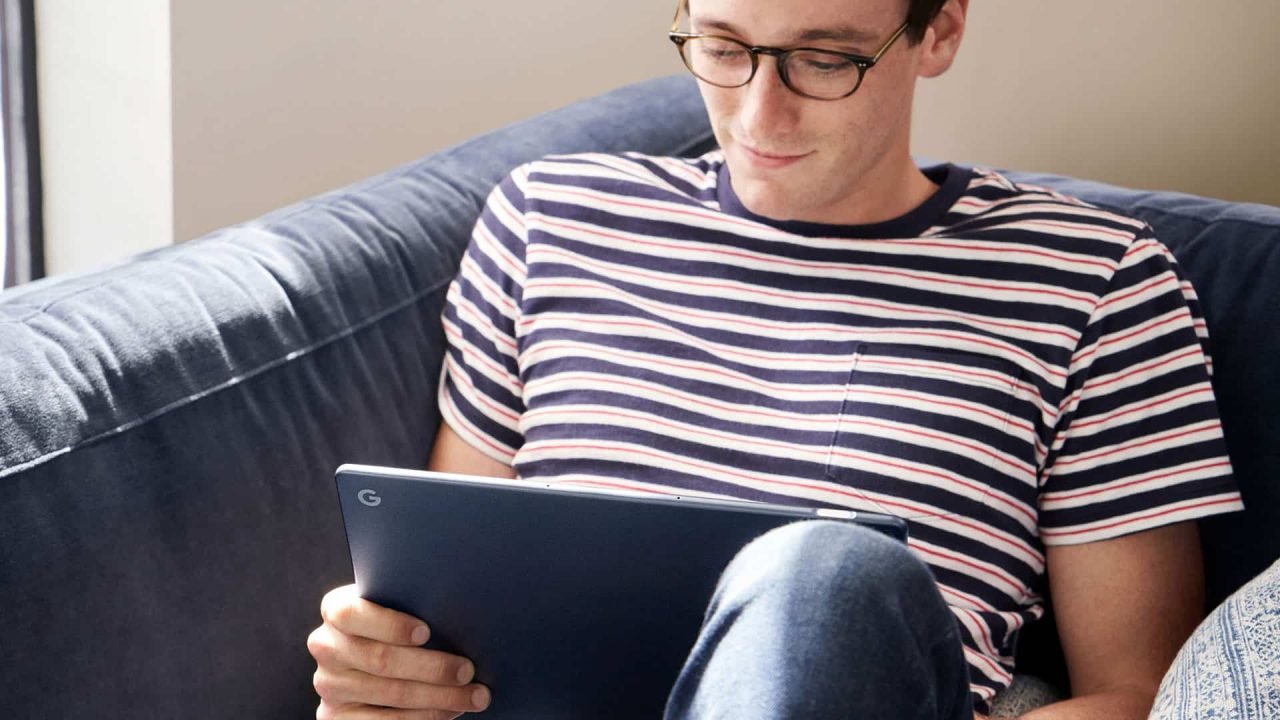 Chrome OS is a much more useful system when compared to iOS or even Android, but the lack of apps and full integration makes the full experience feel more akin to a beta product than something I would recommend wholeheartedly. There is a lot to like about what the Pixel Slate offers, but even after two weeks, and my best efforts to find options, I could not do my daily work tasks on the Slate without making major concessions. I had to pull out my laptop for photo editing and even minor file editing. The Pixel Slate was simply not up to the task.

That being said, the Pixel Slate is at the top of its game in terms of hybrid Chrome OS devices and improves on many aspects that I took issue with the PixelBook. Sadly, in making those changes, it also lost features I loved. If you can live with Chrome OS and are okay dealing with Android for your app needs, the Pixel Slate is an exciting step for computing—but if you can’t, you should look elsewhere.

This post first appeared on CGMagazine, please read the originial post: here
People also like
5 tips to find the best Australian jewellers
How Investing in Young Black Women During Sexual & Reproductive Health Care Can Address Inequities
Canadian Online Casinos at its Best
15 Insanely Perfect Backpacks For Teen Boys
Why you should start sleeping naked? 8 benefits to know
The 11 best tips to become a massage therapist!
The First Redmi Gaming Smartphone is Here – Redmi K40 Gaming Edition with Dimensity 1200 SoC Launched in China
6 Work-From-Home Essentials That Will Enhance Your Productivity