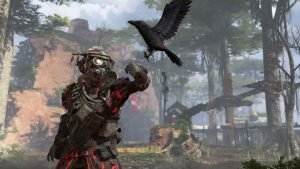 Sexy Games for Married Couples
Top 10 Sites Like CMovies To Watch Ne…
“BUY Sqribble? My Honest Review!
How to Make a Latte at Home
Top 10 Best Websites To Download and …

A large part of its success can surely be attributed to the free-to-play nature of the game, meaning there is literally no barrier to entry for new players. Many major videogame influencers have also received sponsorships for Apex, including JackFrags, Dr Disrespect, TSM Myth, Shroud and more.

As of right now, Respawn’s Apex Legends sits at a comfortable #77 on the twitch charts, logging an impressive 1,100,000 viewer hours. That’s an impressive stat, especially in a market that’s already saturated with giants like Fortnite, Player Unknown’s Battlegrounds, and Call of Duty’s Blackout.

Apex differentiates itself by employing a class-based squad system that puts an emphasis on teamwork and communication. Developer Respawn Entertainment is sure to build on the game’s pre-existing squad gameplay, possibly adding fan-favourite mechanics from the company’s previous Titanfall games, including wall-running, double-jumping, and of course, Titans.

Studio head Vince Zampella was sure to hit Twitter with some celebratory words, saying that he was “so overwhelmed” by the game’s immediate success. He continued by thanking his team and the players that have checked the game out.

You can play Apex Legends now on PS4, Xbox, and Origin for PC.