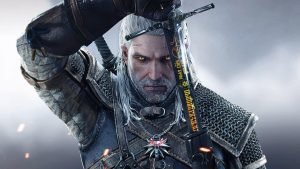 According to reports, CD Projekt Red will be paying The Witcher author extra royalties after his public outcry in October of 2018, when he asked for over 16 million in USD.

Back in 1997, The Witcher author Andrezej Sapowski made an agreement with the then relatively unknown development company CD Projekt Red for the rights to his popular series of fantasy novels. Instead of pursuing a royalty deal, Sapowski chose instead to receive a lump sum payment of around $9,350 USD, believing that “there (would) be no profit at all” from the game’s release.

Trivial Proof of the Collatz Conjectu…
What Is the Worst Credit Score?
Universal Tips on How to Promote Your…
What Do Bed Bugs Look Like?

In 2016, CD Projekt Red made a reported 584 PLN in sales revenue and 251 million PLN in net profit, equal to just under 67 million USD, and in a 1.5-year span, The Witcher 3 surpassed 1.5 billion PLN in sales. In an interview with Eurogamer in 2017, Sapkowski admitted that he undoubtedly made the wrong choice, saying that it “was stupid… to leave everything in their hands because I didn’t believe in their success.”

Back in October, Sapkowski made a public demand for 16.1 million USD in royalties, a pretty hefty ask considering he had been more than willing to receive his original lump sum payment back in 1999. In fact, he refused CD’s initial offer for a percentage of the Witcher’s profits since he was sure the game would be a total failure.

While The Witcher author most likely won’t be receiving his original demand of 60 million PLN, according to a report from Puls Biznesu the two parties have reached a mutual agreement. Sapkowski is on track to receive additional payment for the initial purchase, as well as further recognition for his contributions.

This is a pretty big integrity move, considering CD Projekt Red called Sapkowski’s notice “groundless with regard to their merit as well as the stipulated amount” continuing by saying that the company would work to “maintain good relations with authors of works which have inspired CD PROJEKT RED’s own creations.”

At the moment, CDPR is working on their upcoming release Cyberpunk 2077, as well as a Witcher Netflix series starring Henry Cavill.

This post first appeared on CGMagazine, please read the originial post: here
People also like
Trivial Proof of the Collatz Conjecture
What Is the Worst Credit Score?
Universal Tips on How to Promote Your Business On Facebook
What Do Bed Bugs Look Like?