Biggest Announcements from the February Inside Xbox 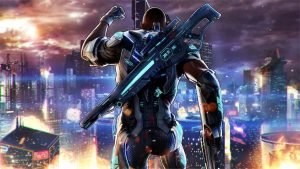 This month’s installment of Inside Xbox is sure to excite fans. The episode features new information on Xbox exclusives such as Crackdown 3 and Sea of Thieves, as well as upcoming Xbox bundles, the February Xbox Game Pass and more. Read on to stay up to date with the latest in all things Xbox.

Kinguin – Up to 20% discount on The E…
A Guide To Visiting Antigua, Guatemal…
Thinking on whether or not you should…
Retro PlayStation games coming to new…
Does the Bible make white people feel…

Crackdown 3 Gets an Official Release Date

The long-awaited sequel to 2010’s Crackdown 2 has received an official release date! Crackdown 3 is an action-adventure game developed by Sumo Digital and takes place 10 years after the events of the series’ previous entry. The game features Brooklyn Nine-Nine actor Terry Crews playing a prominent role. In an interview with Pedestrian.tv, Crews jokingly called the game “the Terry Crews simulator.” All aboard the hype train!

The Xbox and Windows exclusive is going to be available on February 15th.

Rare’s Sea of Thieves had a bit of a rocky release back in March. The community felt that while the game’s core adventuring mechanics were fun (especially with friends), the game just didn’t have enough content to justify the $60 price tag. Since then, the game has received a handful of free updates, and is now decidedly more fun. The updates have included the addition of megalodons, more extensive customization, a volcano-themed region, and more.

If players like what they see, they can pick the game up at a 35% discount until the 27th on the Xbox and Windows stores. All it takes is a monthly subscription price of $9.99 to access this month’s games as well as the rest of the library’s over 100 titles.

There Are Two New Xbox Bundles Available for Pre-Order

The bundles come with a copy of Massive Entertainment’s upcoming The Division 2 and your pick of either the Xbox One S or Xbox One X. The bundles are priced at $299 and $499 respectively. Tom Clancy’s The Division 2 is being released on March 15th and is being published by Ubisoft.

The controller is being called the “Sport Red Special Edition” and is the second release in Microsoft’s “Sport” series. It sports (see what I did there?) rubberized grips, metallic red and silver accents and an eye-popping cherry red finish that is sure to turn heads. The controller will be available for purchase from participating retailers on March 5th worldwide.

The post Biggest Announcements from the February Inside Xbox appeared first on CGMagazine.

This post first appeared on CGMagazine, please read the originial post: here
People also like
Kinguin – Up to 20% discount on The Elder Scrolls Online Collection: High Isle
A Guide To Visiting Antigua, Guatemala: The Best 5 Things To Do And See
Thinking on whether or not you should get into crypto? Read this!
Retro PlayStation games coming to new PS Plus premium tier?
Does the Bible make white people feel bad about racism?
Crime Tourism: Bringing Burglary Crews From South America To Affluent California Communities

Biggest Announcements from the February Inside Xbox