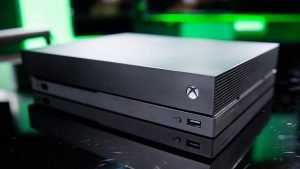 Microsoft’s Xbox Live kickstarted the modern console multiplayer experience – something many of us now take for granted. But as platforms evolve and the community splits, the pioneer of multiplayer gaming has now risen to the throne to implement what hopefully is a way to unite us all.

First reported by Windows Central, Microsoft has reportedly held a private Game Developers Conference, detailing the company’s plan to bring its popular Xbox Live into the hand of devs in the form of an all-inclusive, cross-platform software development kit.

“Xbox Live is expanding from 400 million gaming devices and a reach to over 68 million active players to over 2 billion devices with the release of our new cross-platform XDK,”

According to Microsoft’s GDC listing, the company has gigantic hope in seeing its cross play solution overtake the industry.

Minecraft was the first to see this feature, allowing players to access a plethora of features ranging from their friend’s list to Xbox Live’s pre-set list of in-game achievements. But where this cross-platform idea gets interesting, at least for most players, is that like Minecraft, games that do choose to support Xbox Live’s cross-platform push will allow for true multiplayer cross-play.

The benefits with this idea are as clear as day, with Xbox Live being as established of a service as it is, it is imaginable that supporting games will receive much smoother cross-platform connectivity, avoiding the hiccups that can be found in other solutions such as Epic’s Fortnite, which in many people’s experience is inconsistent to say the least.

Yet with such a revolution comes a price – quite literally. Until Microsoft officially announces its plans for the service, it is unclear if this developer kit will be paid by developers, simply allowing for an easy implementation to otherwise complicated issues, or if players will be expected to pay a subscription in order to access all of Xbox Live’s benefits.

What’s more is that Microsoft may also plan to implement its Netflix-esque subscription service, Xbox Game Pass, into other platforms, allowing for players to obtain cross-platform enabled games every month for a small fee. More details, pricing included, will be revealed during the Game Developers Conference, which begins on March 18th.