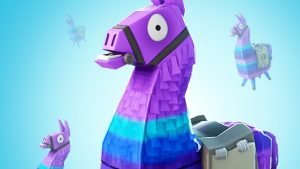 Transparency in video games is an issue that plagues video games as of late, influencing lawmakers all over the world to take action against the medium. With Fortnite Save the World’s latest update, Epic Games has now gave its Llamma boxes a more consumer-friendly twist.

On its latest 7.3 update, developer Epic Games has made a change to Fortnite loot boxes. Prior to the update, players would simply open the crate and hope for the best, much like Overwatch, but with the new system, buyers now know exactly what they will get, making buying creates a safer decision.

This may come off as a minute update, but on a larger scale it is surely grand. In countries like Belgium -where the act of selling loot boxes in video games has been made illegal due to their gaming aspect – Fortnite’s old model would be seen as unacceptable, whereas the new one is much friendlier towards players.

Despite the see-through effort however, there is still the question of wether or not loot-boxes are fair in any multiplayer game, but the functionality change at the very least allows for players with the ability to spend the extra money to ensure that it is well-worth their hard earned real-Bucks.

Fortnite Save the world is an added, paid expansion to Epic Games’ free to play shooter Fortnite. Llama boxes can be purchased for 1,000 v-bucks, the equivalent of 13.49 CAD.