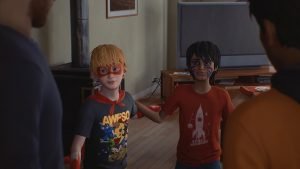 The following contains minor spoilers for Life is Strange 2’s second episode and is best read after seeing it through to the end. Reader discretion is advised.

As a continuation of the Diaz brothers’ story, Life is Strange 2’s second episode “Rules” is a plodding detour on the way to a more enticing destination. But as an extension of its supporting cast’s stories, “Rules” carelessly casts aside the stories of those it has put a fair amount of time and care into investing me in.

Kinguin – Up to 20% discount on The E…
The Mysterious and Majestic Atacama D…
The Friday Roundup – Ambient Audio, Y…
Vigilante: The spiritual successor to…
Should the ends justify the means wit…

This is true of two characters in Life is Strange 2’s mythos: Mushroom, Daniel’s dog he saved from a pair of racist shopkeepers in episode one, is the first on the episode’s theoretical chopping block, as she quickly turns from a bright spot in an otherwise hopeless story into a sacrifice for Daniel’s character development. In one of the most jarring scenes in a series known for having a few of those under its belt, Mushroom is quickly excised from the story, devastating Daniel and allowing you, as Sean, to potentially shape your little brother’s use of his telekinesis as something he uses as a force of good or as a means of taking out his aggression. Mushroom wasn’t much of a character, but she’d been given so little time to become one that her debut to her exit feels cruel instead of meaningful to the story at large.

At this point, the Diaz brothers have lost their home, their father, and all their friends back in Seattle. Life is Strange 2 doesn’t need to continue to take things away from Sean and Daniel to manufacture empathy. I’ve seen these two go through so much already, and now Dontnod has made me watch a boy and his dog be callously torn from each other in a way that just felt excessive and manipulative. 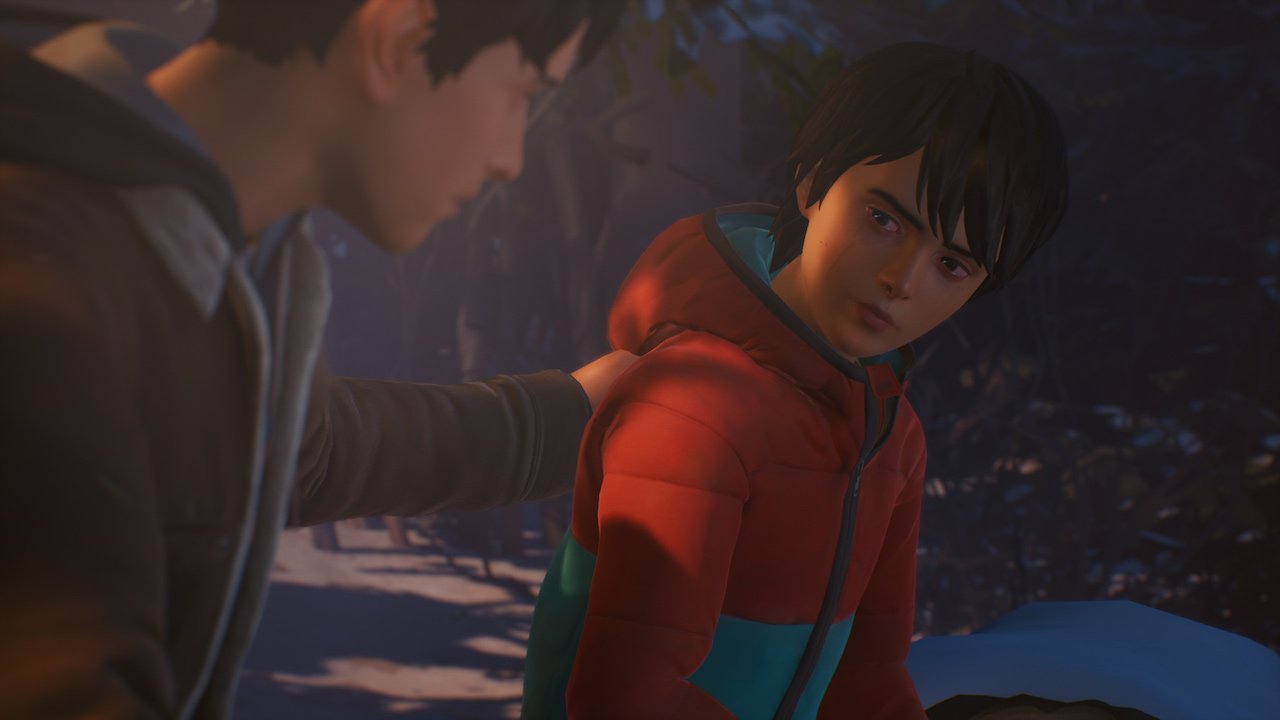 But the character who suffers more profoundly and upsettingly is Chris, the star of The Awesome Adventures of Captain Spirit. “Rules” marks Chris’ debut in Life is Strange 2 proper, and after all the time Dontnod spent establishing the character and his relationship to his father and the world, there’s nothing here that resembles closure or justice for him. Captain Spirit centred around a young boy escaping into his supernatural fantasies to leave his abusive world behind. It ended with a sense of hope that Chris wouldn’t have to run to his imagination to be free of his pain, but in “Rules,” his pain and coping mechanisms are used almost exclusively to further Daniel’s superhero complex. Ultimately, as far as I’ve been able to tell, there’s no way to save Chris from his situation. For a story about dealing with the ramifications of being a superhero in a world that doesn’t believe in that idea, that notion of not being able to save someone right in front of you feels almost spiteful.

For all the pain everyone surrounding them is put through, I still don’t feel like much of it was worth anything for Sean and Daniel’s own development anyway. “Rules” brings the brothers to their grandparents’ home in Oregon, who are neighbours to Chris and his father. This reunion brings with it a lot of interesting and also some underdeveloped conflict. Claire, the boys’ grandmother, is stingy with her rules, to the point where the boys feel smothered by her insistence on keeping things around her house just so. Meanwhile, her husband Stephen is more easygoing, understanding of their situation and the trauma they’ve endured, and even intuitive enough to have caught on to Daniel’s powers. The episode frames Claire as a semi-antagonistic force, but I never once found her to be terribly unreasonable, which made late-game conflicts feel as unnecessary as everything Chris and Mushroom go through. 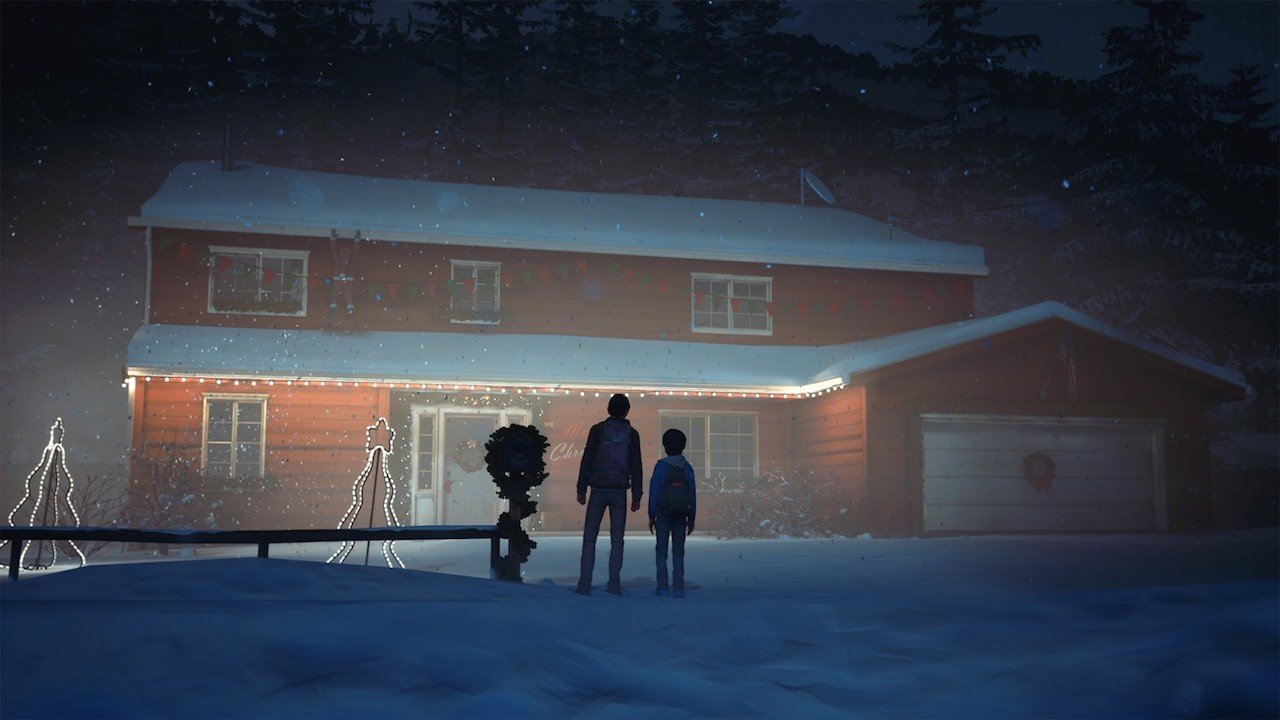 The choices that make up the moments between these fights and uncomfortable discussions are mostly surrounding encouraging or discouraging Daniel to use his powers. Personally, I found myself feeling an inner conflict about this myself. Most of the times I told Daniel to not use his powers was in the name of secrecy and discretion, but more and more I found us in situations where having the tool and not using it just seemed as irresponsible as using them out in the open, specifically to help others, rather than just ourselves. But even so, these difficult decisions just underscored that the rules Sean put in place at the beginning of the episode have to be more fluid depending on the situation. Of the various themes the episode puts forth, this is the one that reaches the end intact.

But on the whole, “Rules” feels like a filler episode earlier than most episodic games ever have one, and in the midst of filling time, it puts a lot of characters in its crosshairs. Mushroom, Chris, and the Diaz’s grandparents all suffer in the name of Sean and Daniel’s character development, and there’s no resolution for any of them before the Diazes are on their way to somewhere new.  Life is Strange as a series isn’t always an uplifting one, but it is at its strongest when its characters are not merely collateral damage for other characters. After all the awful things Life is Strange 2 has shown me, I still don’t feel like Sean or Daniel even grew very much in all of this. It wasn’t worth it. None of it was.