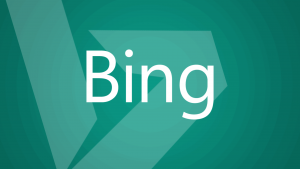 There are many things to be envious of in this world, but for those of us living in China, access to websites to western websites reigns supreme on the list of foreign goods we miss the most. From YouTube to Facebook, there have been many loses, and as of today, Bing joins the list, all in the hopes of further promoting data safety and Chinese led advertisement.

China has, for the longest time, been removing local access to western websites without the use of VPN. What originally began as a way of protecting Chinese citizens from the dangers imposed by the vast amount of data found on websites like Facebook, has quickly expanded to include Google, YouTube, Twitter, instagram, WhatsApp and many other websites that westerners depend on for daily communication.

With Bing however, China has broken most of its firewall traditions. Earlier in 2018, China blocked both Reddit and Fortnite, and as laws follow, the Chinese government was quick to inform its citizens on what exact regulations the platforms violated, ensuring that there was little confusion about the sudden move- with Bing however, nothing has been said, in fact, as of two days ago, the platform was boasted as a supplementary search platform alongside Baidu, leaving many questions in the air.

But as some are quick to theorise, Bing may be just another platform losing its access base after Baidu’s recent Wei Zexi scam, where 21-year old cancer patient Wei Zexi died after relying on the platform for solutions, only to be re-directed to websites eligibly promoted and hand-picked by Baidu themselves. This only further adds to the long-running conspiracy that the Chinese government controls data shown on mobile platforms, leading many to believe that Bing has been deleted in order to promote an all domestic internet empire.

If the Chinese government has blocked Bing as a way to promote Baidu, or if Bing violates any of the plentiful of firewall violations, one thing is certain, for those who find themselves in the same realm as me, looking for a way to re-connect to the western world, China has left us with one less option.

UPDATE: After backlash, Bing has been unblocked, leaving Chinese netizens with another great option to surf the web yet again.