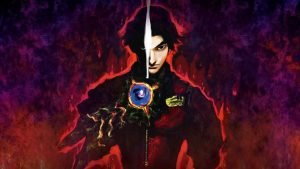 The Onimusha series is one of Capcom’s many popular-yet-forgotten IP. Despite being considered a commercial success and spanning across numerous sequels and spinoffs, the franchise hasn’t been seen since the early 2000’s outside of a few nods and special cameos. I wasn’t fortunate enough to have discovered the series during Onimusha’s original lifetime and for a while, it seemed liked I’d missed my chance. Thankfully, Capcom has decided to properly reintroduce the Onimusha franchise to world with an HD remaster of the series’ first entry, Onimusha: Warlords. While it certainly has a few rough edges, Onimusha: Warlords manages to prove how the Onimusha series has a right to exist in the age of modern gaming. 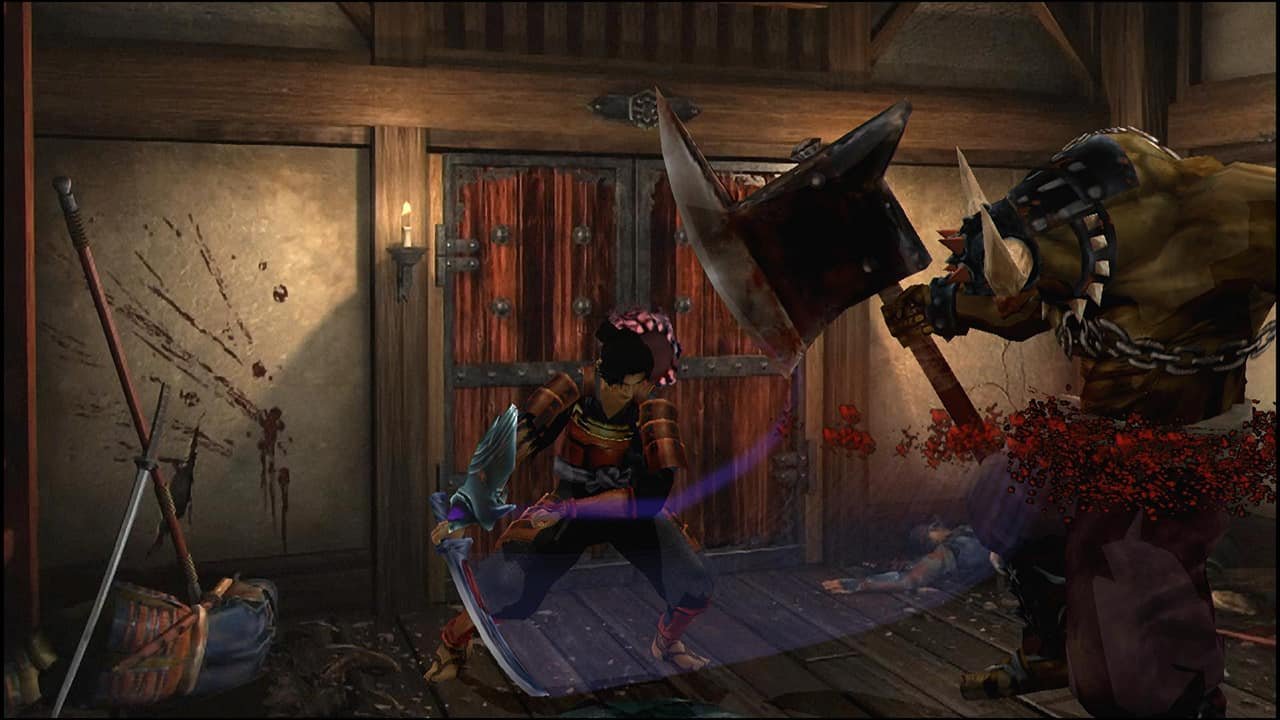 Originally released in 2001 for the PlayStation 2, Onimusha: Warlords is an action-adventure game set in Japan’s Sengoku period. Players follow a lone samurai named Samanosuke Akechi as he takes on a horde of demon’s terrorizing Inabyama Castle. Onimusha: Warlords wastes no time getting into its plot, throwing players directly into the action minutes after starting the game. Though this might sound like a positive, the game’s breakneck pacing of its plot leaves almost no room for character development or even plot points. At the start of the game, Samanosuke is introduced to demons and given a mythical gauntlet with the power to defeat them and seal their souls within it. This scene is completely glossed over, however, with the gauntlet not even being acknowledged in more than a tutorial screen. Scenes like this make Onimusha: Warlord’s plot appear thin and at times, incomplete. The game’s English dub doesn’t help matters much, making Onimusha feel more like a campy Saturday morning cartoon than it was probably meant to. Purists will be happy to hear that the game’s original Japanese audio is also included.

At times, Onimusha: Warlords visually appears sharp and smooth. It’s only upon a closer look where players will find flat or muddy looking textures, a reminder that the game originally released only about a year into the PlayStation 2’s life. This usually isn’t a problem, but it can become a bit frustrating when it comes to finding some of the game’s various collectables hidden throughout the world, perfectly blending with the game’s backgrounds. This occasionally applies to doors and other interactable objects, which can be annoying. There were times where I found myself hugged up against walls, mashing the button as I moved it in hopes of picking up an item. As bad as this sounds though, it sometimes felt rewarding when I could look at a room and guess exactly where a collectable might be despite there being no indication, as though I was reading the developer’s minds. 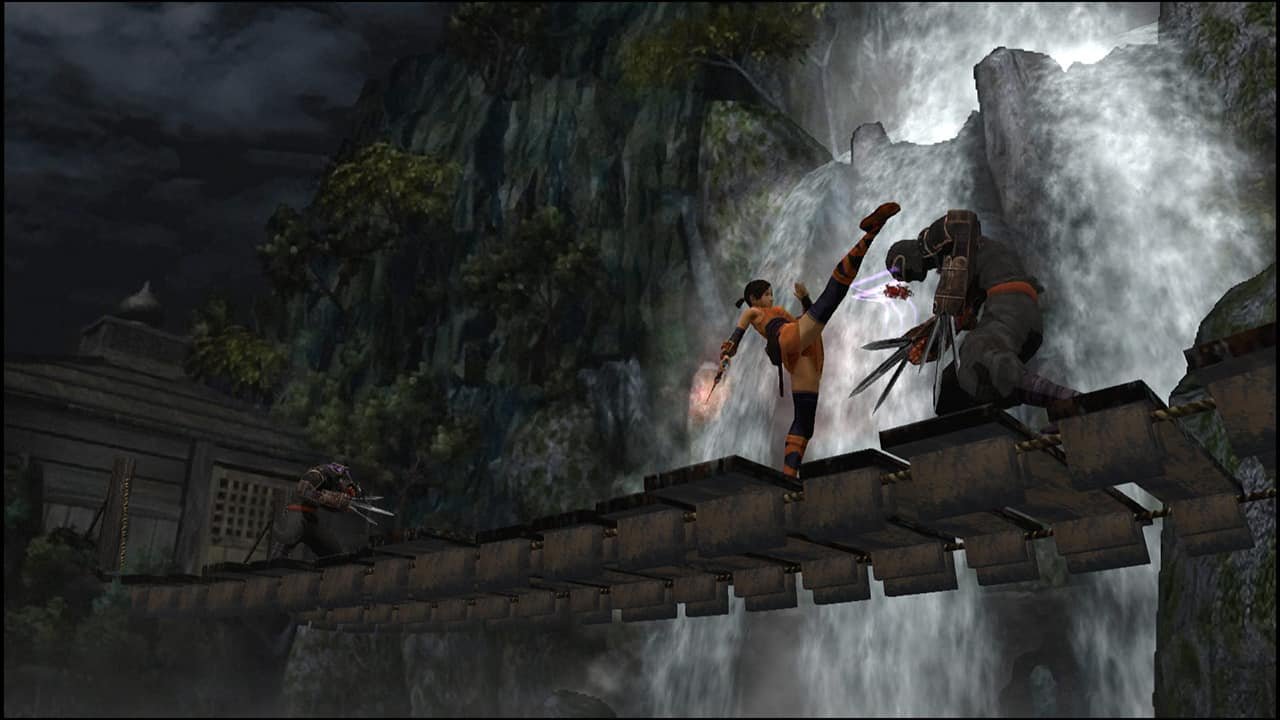 Fans of Capcom’s Resident Evil series should feel right at home when playing Onimusha: Warlords as the gameplay borrows a good handful of ideas. Players move through rooms at fixed camera angles, solving puzzles to advance while fighting demons in order to progress through the story. In Onimusha Warlord’s case, however, action takes slightly more priority over puzzle solving compared to Resident Evil. This can often be a blessing and a curse for the game. The game’s fixed camera angles can and usually will interfere during battles, constantly switching if you happen to be fighting by the edge of a room. While this isn’t such a big problem for slower games like Resident Evil, it can prove to be more of an issue when you’re constantly attacking foes from all angles and the camera suddenly changes perspective entirely.

Although I enjoyed the slightly faster, more action-based gameplay, combat occasionally served as a reminder of just how far back Onimusha: Warlords lands on the timeline of action games. Fighting generally boils down to mashing the attack button until the enemy falls down, only to repeat the process. Boss battles were a similar affair, only with the magic skill button thrown in to deal more damage. While guarding certainly helped during the common cases where I found myself surrounded, strafing was mostly unnecessary with how small each room was. By collecting the souls of defeated enemies, players can not only recover health and magic points, but also spend their acquired souls on upgrading weapons and magic attacks. While I appreciated the mechanic, the three useable swords in the game weren’t really different enough for me to put much thought into powering up anything aside from the original. Overall, while Onimusha: Warlord’s combat isn’t really broken, there isn’t much to look forward to when so many games have already built on the ideas presented here. 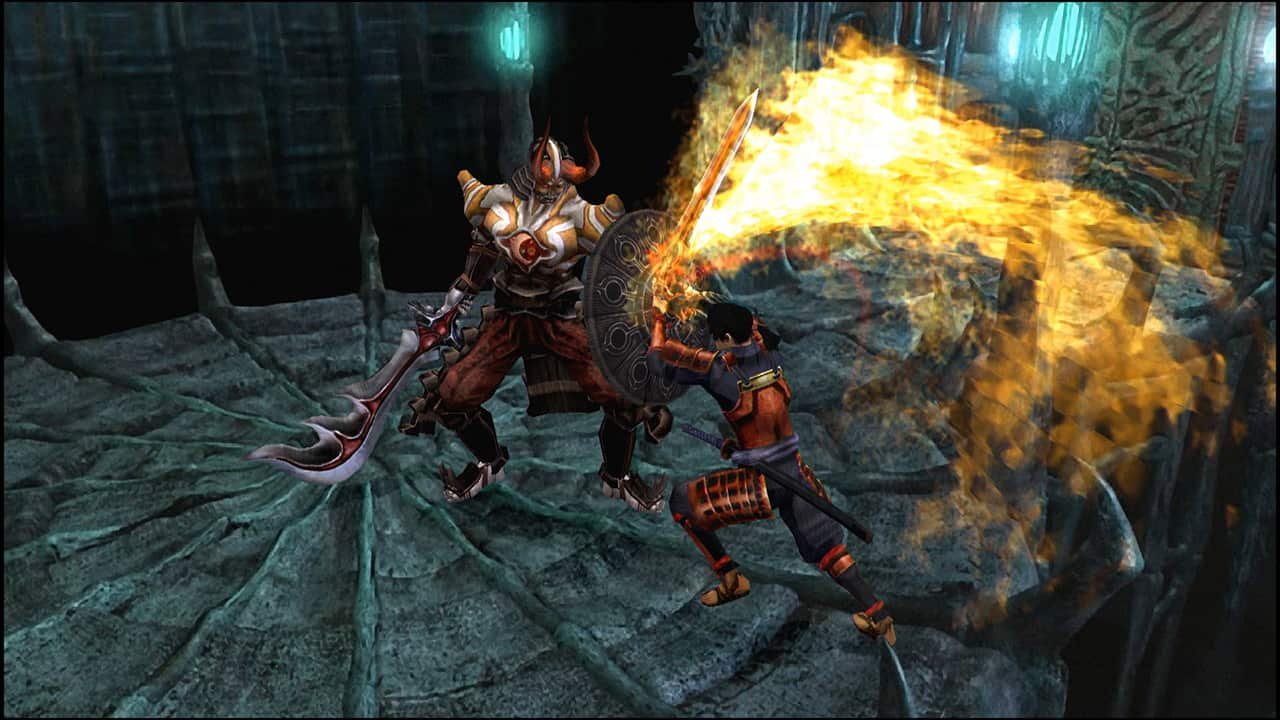 I had a good time with Onimusha: Warlords, despite its flaws. Though the story felt shallow and even silly at times, it managed to keep itself from ever being dull. Similarly, while the combat was extremely simple, it kept itself from becoming too tedious by constantly throwing new enemies my way and never lasting for more than a couple of minutes at a time. Even without playing the original, Onimusha: Warlords displays such a different time of gaming that it was easy to find myself feeling a sense of nostalgia while playing. Hopefully, Capcom decides to continue their resurrection of the Onimusha series through more remastered releases or even a completely new title.