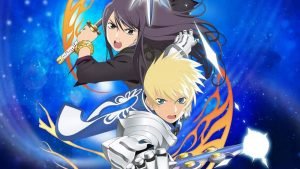 The Tales series of RPG’s have always held a deep place in my heart for their great stories and fleshed out characters, but one that I have always wanted to revisit is Tales of Vesperia. Originally released exclusively for the Xbox 360 in North America back in 2008, this game was one of the defining RPG’s of that console generation and I hold fond memories of playing through my local Blockbuster’s copy into the early hours of the morning completing my lengthy quest to save its world. Now this decade old classic is remastered for all platforms as Tales of Vesperia: Definitive Edition, and includes a wealth of new content which the North America audience has yet to experience.

It's a tale as old as Monero: hackers…
benefits of dark chocolate
Karen Wiesner: The Stories Behind Cla…
Review: YES ‘The Quest’
18+ Adult Movies Of All Time To Fulfi… 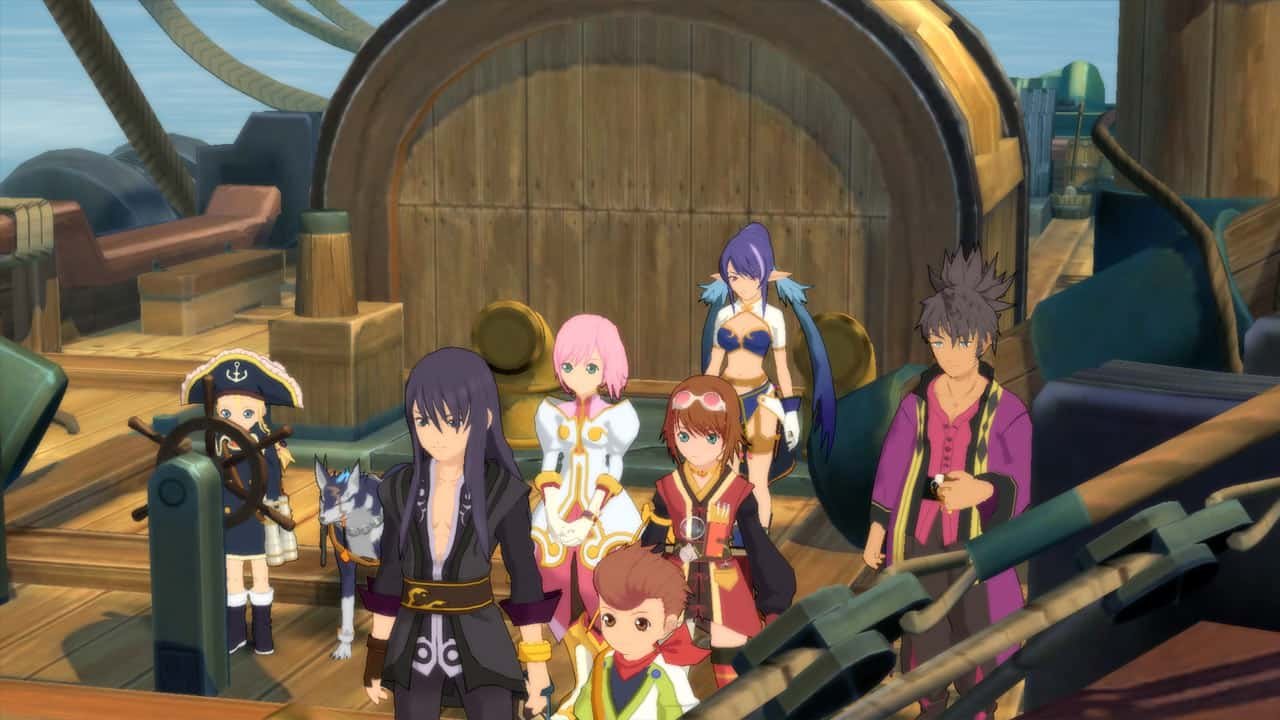 Tales of Vesperia: Definitive Edition puts players in the role of Yuri Lowell, an ex-knight, now rogue, who is on the hunt of a stolen artifact taken from the impoverished quarter of the region’s capital city where he resides. The adventure quickly takes off from there, growing in scale and danger with every new party member Yuri recruits on the journey until the entire world is at the risk of being destroyed. It’s such a delight for me to see that the story, cel-shaded visuals and fantasy themed score of Tales of Vesperia all still hold up 10 years after its initially release. This RPG tackles a wide gambit of themes and issues throughout its story and I loved exploring them through the various character’s perspectives as the game built upon them. Players are sure to develop close bonds with this cast during the 50-60 hours it takes to complete the main story, and the quality of Vesperia’s characters is right up there with some of the best entries in the series, including Tales of Symphonia and Tales of the Abyss.

Tales of Vesperia: Definitive Edition improves upon this already solid bedrock of JRPG goodness by including the previously unreleased content exclusive to the Japanese PlayStation 3 release. This content comes in the form of new dungeons to explore and bosses to fight, but the real treat to experience are the two new playable characters, Yuri’s best friend, Flynn Scifo, and the adorable pirate, Patty Fleu. Flynn was always a major part of Vesperia’s story, but now players can add him to their party with his own unique set of artes and combos. Patty on the other hand is a completely new addition to the game, but fits in perfectly with the teams already strong dynamic during playful skits and serious events. Both of them are great additions and feel like they should have always been a part of the game ever since it released.

Playing Tales of Vesperia: Definitive Edition on the Nintendo Switch was a great experience. In TV mode the game runs at 1080p 30 FPS during exploration, and 60 FPS during combat, while handheld mode is only downscaled to 720p. This performance is similar across all of the consoles except PlayStation 4, which also runs at 60 FPS while exploring Vesperia’s dungeons and overworld. While there were a few frame rate hiccups in-between dungeons on handheld mode, the game held up admirably and I never felt the experience suffered from any other notable issues. 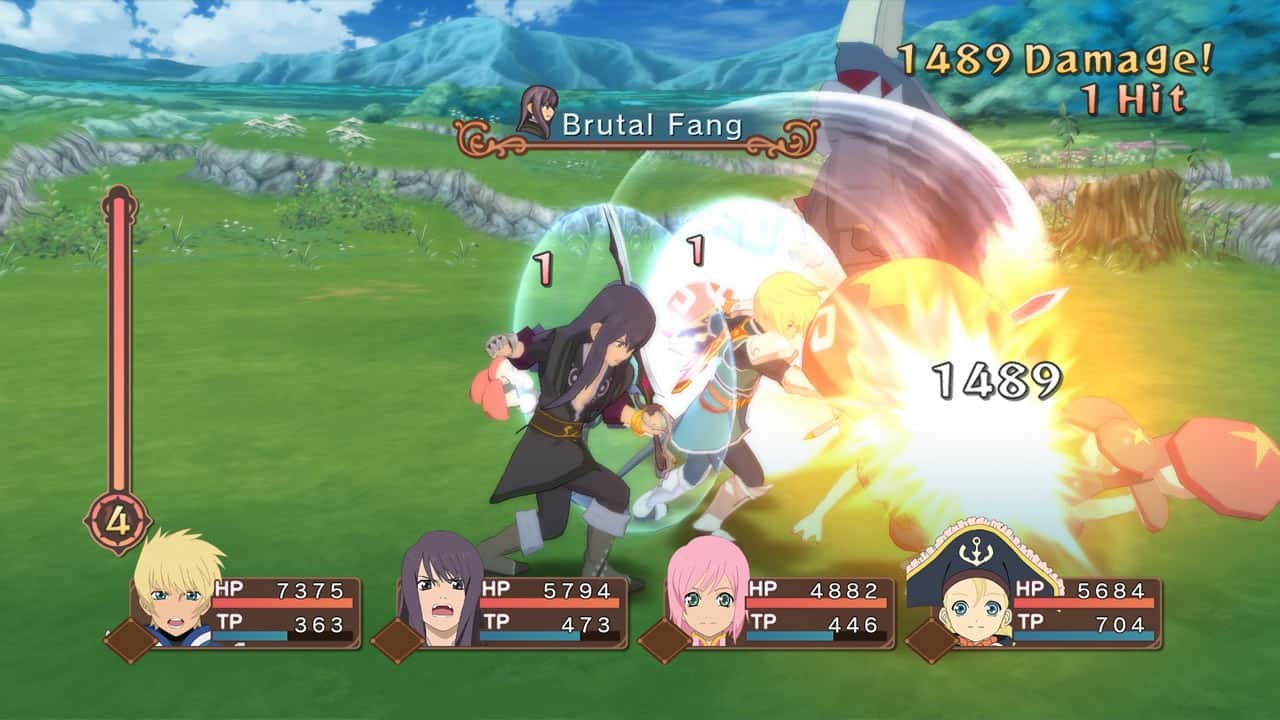 The last piece of Tales of Vesperia: Definitive Edition that needs to be addressed is the English voice overs. A big positive from the previous release is that the game is now fully voiced, with a majority of the cast coming back to reprise their roles one last time. The problem that appears though is that Yuri Lowell’s initial voice actor, Troy Baker, was never approached to come back and record new dialogue for both the new and previously undubbed scenes of the game. While his replacement, Grant George, does an admirable impression, I still found it jarring at times when the inflections and tones of Yuri’s voice would suddenly change between scenes. Considering Yuri is the main protagonist of the game, I would have preferred an option to stick with George’s voice for the entirety of the tale as well if it meant it would create the most consistent experience for the player.  Tales of Vesperia: Definitive Edition is a fantastic JRPG, and one that I hope a new audience of players will love to experience on the Nintendo Switch for the first time. While the PlayStation 4 and PC versions will undoubtedly have the better performance experience, there’s just something charming about bringing this classic on-the-go during my daily commute and I can’t put it down. Tales of Vesperia continues to hold its spot as one of the best entries in the franchise, and was definitely an epic tale worth retelling for a new generation.

This post first appeared on CGMagazine, please read the originial post: here
People also like
It's a tale as old as Monero: hackers using malware to mine XMR on your…
benefits of dark chocolate
Karen Wiesner: The Stories Behind Classic Fairy Tales (Woodcutter's Grim Series), Part 7
Review: YES ‘The Quest’
18+ Adult Movies Of All Time To Fulfill All Your Sexual Fantasies| Lolita, Exotica and More
A Furry’s Guide to Cryptocurrency
Literary breaks: 11 UK writers’ houses that are now holiday homes
How To Kill Bed Bugs
Drap de bain Pétale Roseau