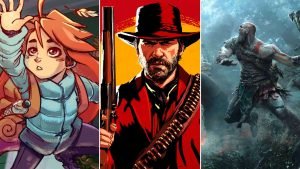 2018 was a banner year for video games, as it featured stunning AAA titles like Spider-Man and Monster Hunter: World, as well as indie darlings like The Messenger and Alto’s Odyssey. It seemed like there was a new, high profile release nearly every week, and the staff at CGMagazine played a ton of games throughout the year.  However, using the power of polls and channelled lack of sleep, we somehow managed to narrow down all of the game’s from 2018 into a tidy top three. Without further ado, here are CGMagazine’s games of the year. 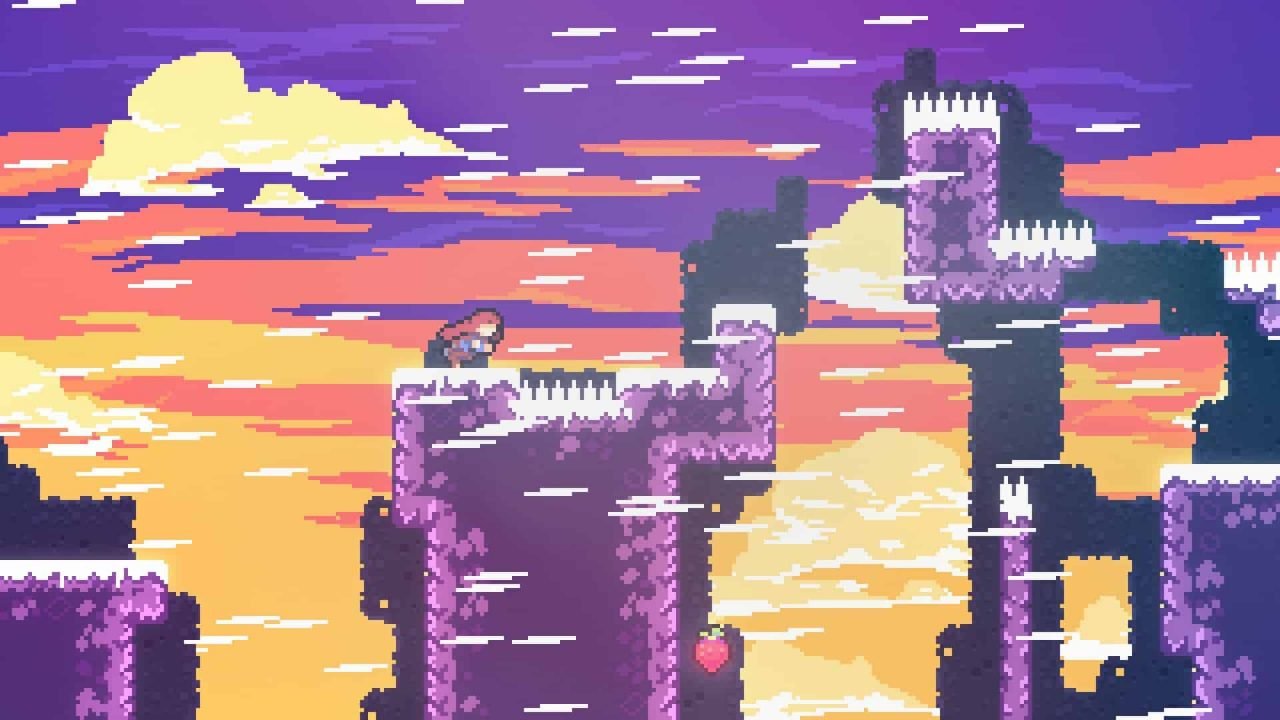 When the votes for our top three games of the year were revealed to our staff, the game that received the most excitement for being on that list was Celeste. It’s easy to get lost in the AAA dominated gaming landscape, but Celeste managed to not only stand out but leave a lasting impression as well. CGMagazine’s Preston Dozsa described it as a “challenging platformer that teaches you it’s OK to fail and to work through problems inch by inch.” Celeste is a tough game and one where your main goal is to reach the top of a perilous mountain. On your journey, you face off against tough platforming sections as well as the negativity of characters who don’t think that you can achieve your goal of climbing the mountain. It very much is one of the most realistic games of 2018, as it manages to capture the feeling of isolation and doubt that almost everyone feels at some point. All that said, what makes Celeste truly great is that these feelings start to melt away the further you make it up the mountain, and the more you realize that you can truly achieve the remarkable. Overall, Celeste is a charming, engaging and uplifting gem of a game that deserves to be celebrated. 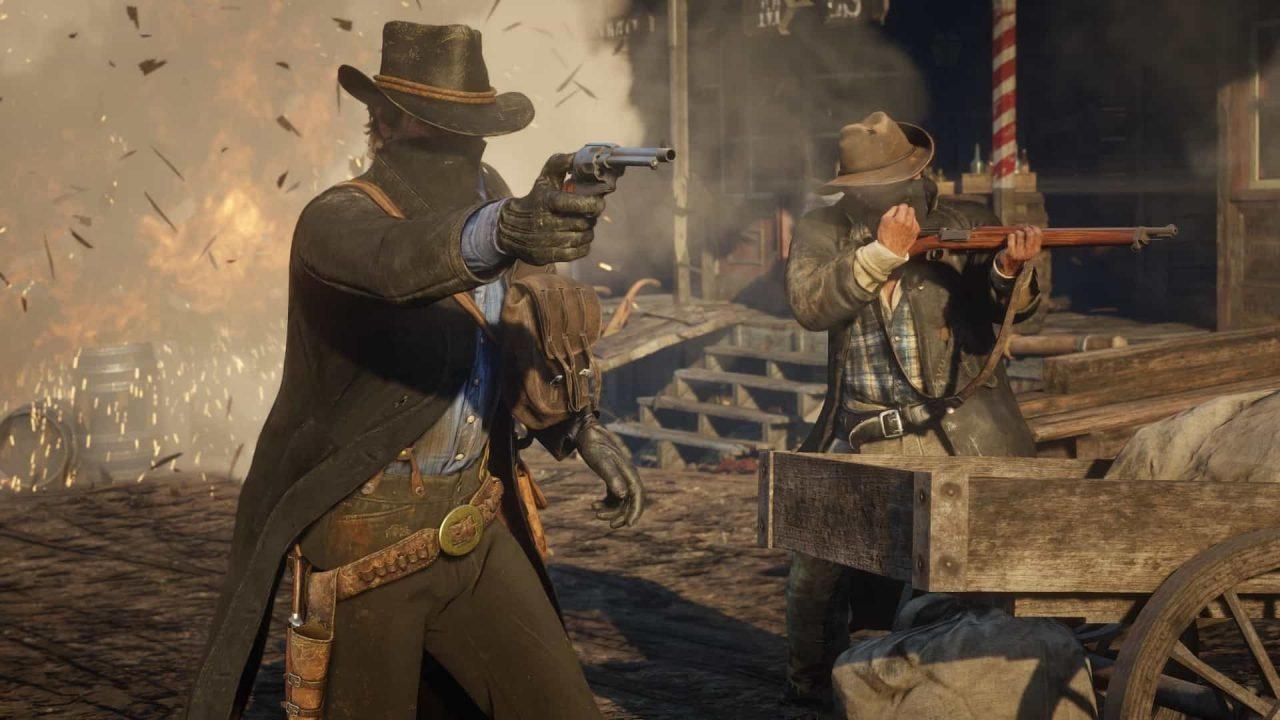 The first Red Dead Redemption was a masterpiece, as it blended a harrowing and engaging story with stunning visuals, great voice acting and an altogether fun world. So when Rockstar announced that they were doing a prequel of the game, there was lots of excitement from gamers, but also a bit of doubt that it could top the first game. Thankfully that scepticism proved to be for nought, as Red Dead Redemption 2 has managed to be even better than its award-winning predecessor. Over the course of the game’s 50+ hour main story, RDR2 throws players headfirst into the life of an outlaw, providing a staggering amount of choice and locales to explore. From killing and skinning animals in real time and getting a haircut because you’re looking a little scraggly, to attending local theatre and fighting the Klux Klan, there is a whole lot to do in RDR2. While many open world games suffer from making their large worlds engaging, RDR2 does manage to stuff the world with interesting possibilities. It’s also easily one of the best looking games of this or any console generation, with visuals that will make you believe that you really do have a snake in your boot. This is the cowboy simulator that we’ve all been waiting for.

Game of the Year: God of War 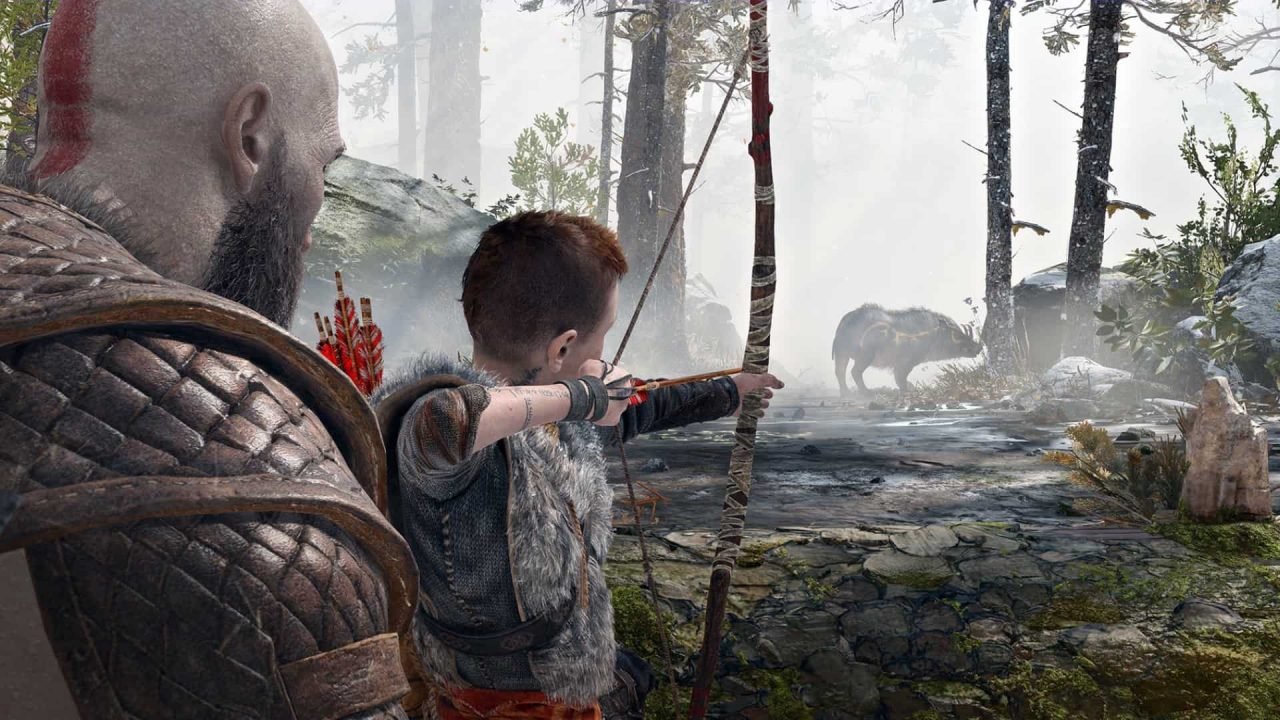 With exactly 72.67 per cent of total votes, CGMagazine’s Game of the Year for 2018 is non other than God of War. It’s no secret that God of War is a great game, as it has received a bounty of awards and acclaim from across the gaming sphere, over the past couple of weeks. However, what is perhaps most impressive about God of War is the way in which the game mimics Kratos’ journey, delivering a more mature, thoughtful experience than any game in the series before. The fact is that the developers could have simply produced a graphically updated hack and slash experience, with all the gore, sex and depravity of the previous God of War games, but they instead chose a different direction. While it is still a violent game, the crux of God of War is the relationship between Kratos and his son Atreus. God of War has been lovingly referred to by many as a ‘Dad simulator’, and there is an uncanny amount of emotional charge in the game, that blends beautifully with the stunning visuals and immersive score by composer Bear McCreary.

The developers of the game have previously said that they grew and matured since the previous God of War trilogy, especially the game’s creative director Cory Barlog who became a parent between the last entry and this one. This journey gives God of War a fresh feeling of authenticity and emotional resonance that is unlike anything that came out this year. The good news is that the end of God of War very much leaves room for more adventures in the future, for Kratos and his boy. We’re certainly on board for that.

What was your pick for game of the year? And what games are you most looking forward to in 2019? Let us know in the comments below!

The post Game of The Year: 2018’s Best Games appeared first on CGMagazine.