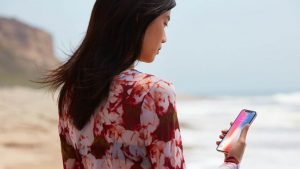 Apple CEO Tim Cook wrote a letter to investors today, addressing how the company’s first quarter revenue for 2019 indicates that their “revenue will be lower than our original guidance for the quarter.”

ModernHaus SoHo
How Does the Fortinet Firewall Work?
An Officer and a Spy
How to Tell if You Have Bed Bugs?
A Furry’s Guide to Cryptocurrency

The fiscal 2019 first quarter ended on December 29, and Apple now expects a revenue of about $84 billion, a gross margin of about 38 per cent, operating expenses of about $8.7 billion, other income and expenses of about $550 million, as well as a tax rate of approximately 16.5 per cent before discrete items.

“While it will be a number of weeks before we complete and report our final results, we wanted to get some preliminary information to you now,” Cook continued.

Cook then acknowledged that Apple’s final results might be different from the preliminary estimates.

Cook also informed investors that the lower earnings may be caused by factors such as the timing of Apple’s iPhone launches, the strong U.S. dollar, supply constraints caused by an “unprecedented number of new products,” the economic weakness in emerging markets, and a decrease in iPhone upgrades
— particularly in China.

Moving forward, however, Tim stated that as Apple exits its challenging quarter, it plans “to become net-cash neutral over time.”

“We manage Apple for the long term, and Apple has always used periods of adversity to re-examine our approach, to take advantage of our culture of flexibility, adaptability and creativity, and to emerge better as a result,” Cook added.

This post first appeared on CGMagazine, please read the originial post: here
People also like
ModernHaus SoHo
How Does the Fortinet Firewall Work?
An Officer and a Spy
How to Tell if You Have Bed Bugs?
A Furry’s Guide to Cryptocurrency
Music Profile: Crissi Cochrane - Soul Singer Songwriter - Ontario, Canada | SRL Networks London Music PR