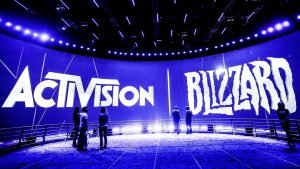 Company and Industry Veteran, Durkin Has Served with Principle and Integrity on the Executive Leadership Team Since 2012, Most Recently as Chief Corporate Officer

“Dennis is a leader with unimpeachable integrity and exemplary character who displays impeccable judgment. He is a seasoned leader known for
driving financial and operational excellence. We missed having him in a more day-to-day operational and financial role and are glad to have him
back as CFO,” said Bobby Kotick, CEO of Activision Blizzard. “He brings an engaging and rigorous approach to the CFO role and is highly regarded
by the analyst and investor communities, our business partners and his colleagues. His deep understanding of our industry, and long-established
working relationships within the finance organization will ensure a seamless transition.

His expertise in delivering shareholder value, combined with his deep understanding of our organization and his unwavering integrity, will be
instrumental as we enter into our next phase of growth.” Mr. Durkin replaces Spencer Neumann who was terminated for cause for violating his legal obligations to the Company.

“I’m proud of Activision Blizzard’s long track record of delivering world-class interactive entertainment,” said Dennis Durkin, CFO of Activision Blizzard. “I look forward to returning to the role as CFO, and to partnering with the Company’s talented management team to drive superior value for our employees, player communities and our shareholders.”

During Mr. Durkin’s tenure as Chief Financial Officer of Activision Blizzard, the company delivered strong financial performance, and a greater than 400 percent increase in the stock price during that time. Mr. Durkin also played an instrumental role in executing highly successful transactions including the transformative buyback of shares from Vivendi in 2013, the creation of an efficient capital structure leading to investment grade status, and the value-accretive expansion into mobile through the acquisition of King in 2016.

Prior to joining the company, Mr. Durkin held a number of positions of increasing responsibility at Microsoft Corporation during an over twelve-year period, including corporate vice president and chief operating and financial officer of Microsoft’s interactive entertainment business (IEB), which included the Xbox console business. During his tenure as a member of IEB’s leadership team, the team was credited with turning the business from a significant operating loss to greater than $1 billion in annual profit. He holds a B.A. degree in government from Dartmouth College and an M.B.A. degree from Harvard University.

Activision Blizzard, Inc., a member of the Fortune 500 and S&P 500, is the world’s most successful standalone interactive entertainment company. We delight hundreds of millions of monthly active users around the world through franchises including Activision’s Call of Duty®, Destiny, and Skylanders®, Blizzard Entertainment’s World of Warcraft®, Overwatch®, Hearthstone®, Diablo®, StarCraft®, and Heroes of the Storm®, and King’s Candy Crush

. The company is one of the Fortune “100 Best Companies To Work For®.” Headquartered in Santa Monica, California, Activision Blizzard has operations throughout the world. More information about Activision Blizzard and its products can be found on the company’s website, www.activisionblizzard.com.