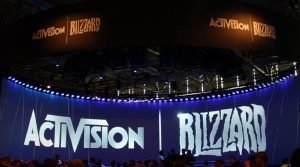 SANTA MONICA, Calif.–(BUSINESS WIRE)–Activision Blizzard, Inc. (Nasdaq: ATVI) intends to release its fourth quarter 2018 results after the close of the market on Tuesday, February 12, 2019. In conjunction with this release, Activision Blizzard will host a conference call that will be broadcast over the internet.

Activision Blizzard, Inc., a member of the Fortune 500 and S&P 500, is the world’s most successful standalone interactive entertainment company. We delight hundreds of millions of monthly active users around the world through franchises including Activision’s Call of Duty®, Destiny and Skylanders®, Blizzard Entertainment’s World of Warcraft®, Overwatch®, Hearthstone®, Diablo®, StarCraft®, and Heroes of the Storm®, and King’s Candy Crush

. The company is one of the Fortune “100 Best Companies To Work For®.” Headquartered in Santa Monica, California, Activision Blizzard has operations throughout the world. More information about Activision Blizzard and its products can be found on the company’s website, www.activisionblizzard.com.

Dead Ends in Cryptanalysis #2: Timing…
What Is the Worst Credit Score?
How Gender Equity Impacts the Bottom …