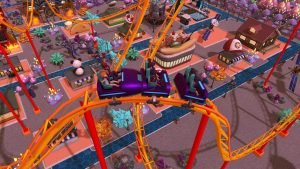 The original RollerCoaster Tycoon holds a special place in my heart because it was actually one of the first PC games I ever owned. It was an elegant game from a more civilized time, possessing that 90’s PC charm that only games like SimCity, Starcraft, and Lords of the Realm could have. I never got around to playing RollerCoaster 2 or 3, I’ve heard, for the most part, that they are advanced versions of the original and highly regarded among critics.

However, since then it’s been one disastrous attempt after the other and this latest installment in the franchise is no exception—RollerCoaster Tycoon Adventures is a weak attempt to port a pretty sub-par mobile game onto the Switch and it is a completely forgettable experience.

I honestly don’t even know where to begin with this game. It’s about exactly what you’d expect for a $60 port of the mobile version RollerCoaster Tycoon Touch. There are a few game modes to play in: there’s your standard Sandbox mode where you can choose to have unlimited money and every ride unlocked at the start, or you can play career mode where you play normally and build your park slowly over time. There’s the Scenario mode where you try to complete short challenges against a timer.  Lastly, there’s Adventure mode, but it’s pretty redundant since, as far as I can tell, it’s identical to the Sandbox career mode safe for a few “options” that “affect” the outcome of your story. 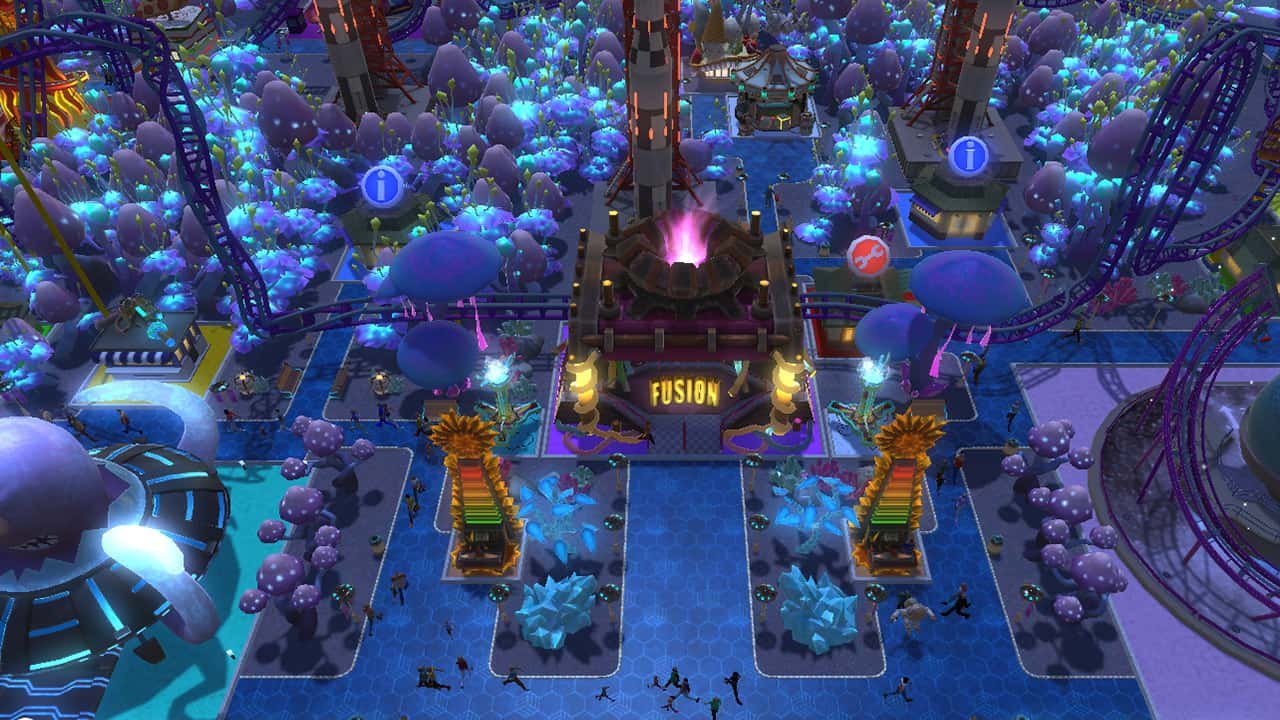 Gameplay fares no better. If you’ve played or had any exposure to the RollerCoaster Tycoon games, then you may know what to expect. Players are given a plot of land to build a theme park upon. Players lay out walkways and place simple rides, concession stands and rollercoasters, all while maintaining their park and keeping it clean and functional. Much of the game itself has been streamlined—likely a result of its mobile origins—so players no longer adjust terrain or build lines to strategically get the most amount of money from customers; nor can small touches to rides, like the number of laps a coaster makes, be made for added strategic advantages. It’s about as simple as this game can be, which may work for a mobile game, but this is a full priced game on Switch.

It was bad enough when I booted the game up, and no longer than five minutes (after opening the system menu) the controls went completely haywire and the game became unplayable. But after I reloaded the game, I was stunned to learn that in career mode, you don’t even start with any coasters to build. I genuinely couldn’t believe what a glaring oversight this is: it’s the name of the freaking game, and they didn’t even bother to include a few basic coasters, or even free build when you start a park. Instead you have to research coasters and wait the necessary amount of time before you can build the first three.

That’s my biggest problem with the game. Despite being a full priced Switch game, it still adheres to mobile logic. Starting the career mode, you’re given so little and so much of the game is spent just waiting for things to unlock. It’s all the familiar “free-to-wait” gameplay, minus the microtransactions—but the removal of microtransactions in a $60 game is by really a point in its favour. Aside from that, you’re given a pitifully small piece of land to start out with, with others being unlocked as your play, but coasters especially take up so much room, it gives you such little freedom at the start to build an interesting park, personal to your vision. 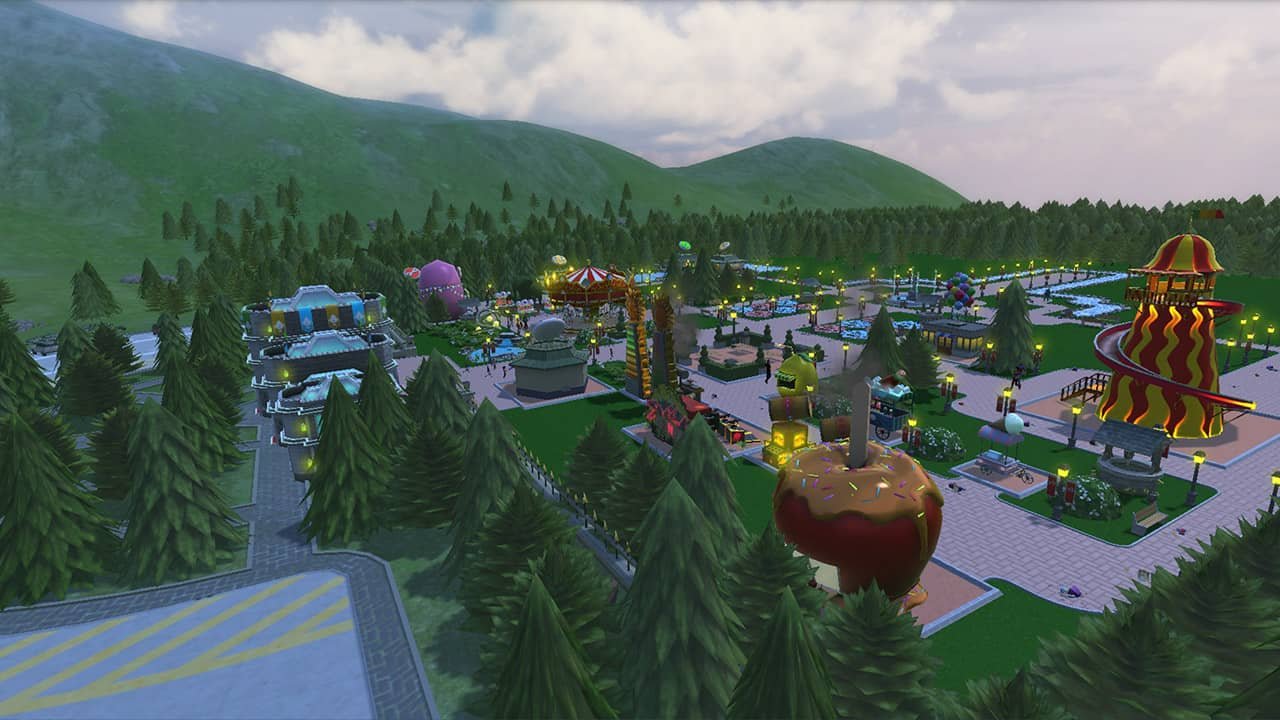 And it’s a dreadful game both audibly and visually. Each park has two pieces of themed music that play for maybe 30 seconds and loop continuously and the park sound effects are generic and repetitive, lacking that charm of the original that really made it sound like a living theme park. It’s pretty pathetic to look at: human models are janky and strange when you zoom the camera in, rides have no dynamism—you don’t see people get on, you don’t create lines for them to queue up, and the rides themselves just loop their animations over and over unlike the original that actually played out in a way that made it appear genuine.

I honestly wish I had more to say about this game but it’s almost unremarkable in its badness considering the track record of recent RollerCoaster Tycoon games. I don’t understand how a game from 1999 still manages to be better than a game from 2018, with our advanced technology and advancements in gameplay and game mechanics. The Switch is capable of so much, and this game doesn’t even try to utilize it to its full potential.

As it stands, RollerCoaster Tycoon Adventures is a pretty cynical attempt to repackage the mobile version as a full priced game with as little effort as possible. The only thing this game did for me was remind me I could’ve been playing both Smash Bros Ultimate or Katamari Damacy: Reroll. Do yourself a favor and skip this; this circus of a game isn’t worth the price of admission.