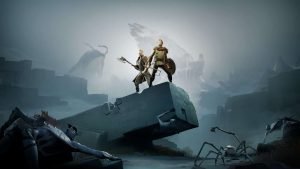 There are a lot of Dark Souls clones out there. Some are good, some are bad, some try to be different, and some shamelessly copy the From Software formula beat for beat. Others, like Ashen, kind of does it all. The best way to think of Ashen is like stripped down Dark Souls with a bigger focus on co-op and more verticality and platforming elements. It’s also a very pretty game, with fantastic atmosphere, level design, and unique (and often gigantic) bosses. Unfortunately, while the combat mechanics are very similar to the Souls games, for the most part, the lack of parrying and backstab elements, as well as a severely restricted depth when it comes to builds, really hold the game back from being a top-tier Souls clone.

9 Things To Check Before Launching Yo…
WebHosting UK – 50% Discount on Web H…
MC392640: E-signature Approvals Fully…
The Friday Roundup – Originality, You…
64 Awesome Things to Do in Costa Rica… 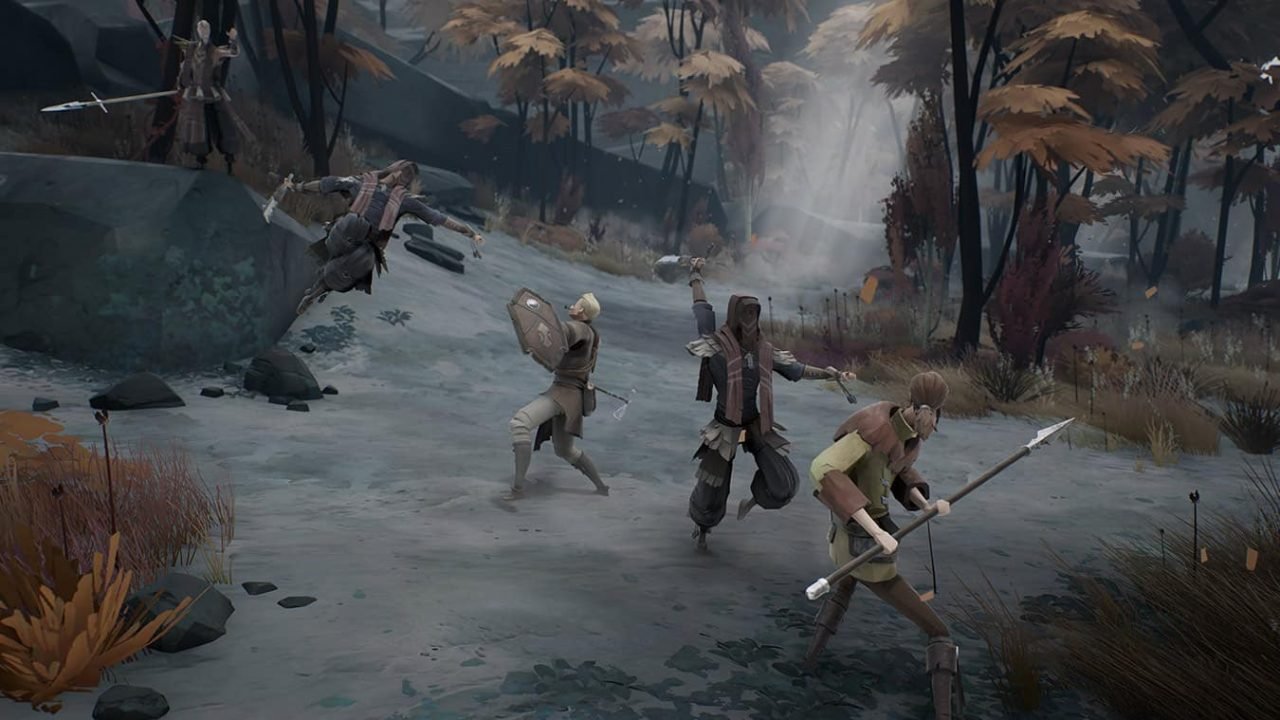 There are a few elements that make for a good Souls game. Intricate and connected level design, epic and challenging boss encounters, and deep, fluid, weighted combat. Ashen does the first two things quite well, but when it comes to the latter, the game feels quite shallow. It took me hours and hours and multiple playthroughs of the Souls games to finally master the parrying and riposte mechanics, after getting slapped down over and over again by invaders. Learning how to properly time a backstab was another skill that took time to develop, but was incredibly satisfying to pull off. The combat in Ashen instantly feels so familiar—which is a good thing for the most part, don’t get me wrong—that any Souls veteran will feel right at home…until you realize that you can’t kick shields, you can’t parry attacks, you can’t backstab, you can’t cast spells, you can’t change stances, etc.… Again, that’s not to say the combat is bad, just incredibly basic and to be frank, pretty boring. There are also not many ranged weapons outside of the spears, and there are no spells. I understand that this is a smaller scale game from an Indie developer, but if you’re going to essentially copy a winning formula but remove nearly everything but a strong/light attack, at least throw in a new twist or something. In Ashen, the combat feels like it could have been so much more, and fans of games like Nioh and even Surge might get bored after a while. It’s not quite button mashing, as dodging, rolling, timing attacks, and managing stamina obviously require some thought and skill, but after a while it felt like I was doing the exact same thing over and over again.

To make things feel even more bare bones, there are no stats to upgrade, skill trees to explore, or abilities to unlock—in the standard ARPG sense. There are some minor buffs in the form of talismans, but again, it’s very basic and narrow in scope. Same goes with the armour, there are no full sets, no mixing and matching for build variety. There is only one slot. Even the weapon upgrade system only really goes in one direction and there are essentially three basic weapon types. The reason that I, personally, keep going to back to games like Nioh and Bloodborne is because every run can be played in an entirely different way than previous attempts. Even Dead Cells (my personal GOTY) had surprisingly deep and varied build options for what appears on the surface to be a quick and breezy arcade-style experience. Ashen is hands down the simplest and most basic Souls-esque game I’ve ever played.

Okay, now that the bad is out of the way, let’s talk about the good. The game is deceptively beautiful, and while it won’t blow your mind with insane textures and particle effects, the actual art design is fabulous and very atmospheric. Players will still feel that bleak, lonely, and often oppressive vibe Souls fans look for, and some of the bosses are simply epic in size and scope. The areas flow quite nicely into one another, and the fast travel system that becomes unlocked a few hours in makes traversal much easier. The music goes from haunting and just barely there to intense and proud during big fights and definitely does the job. 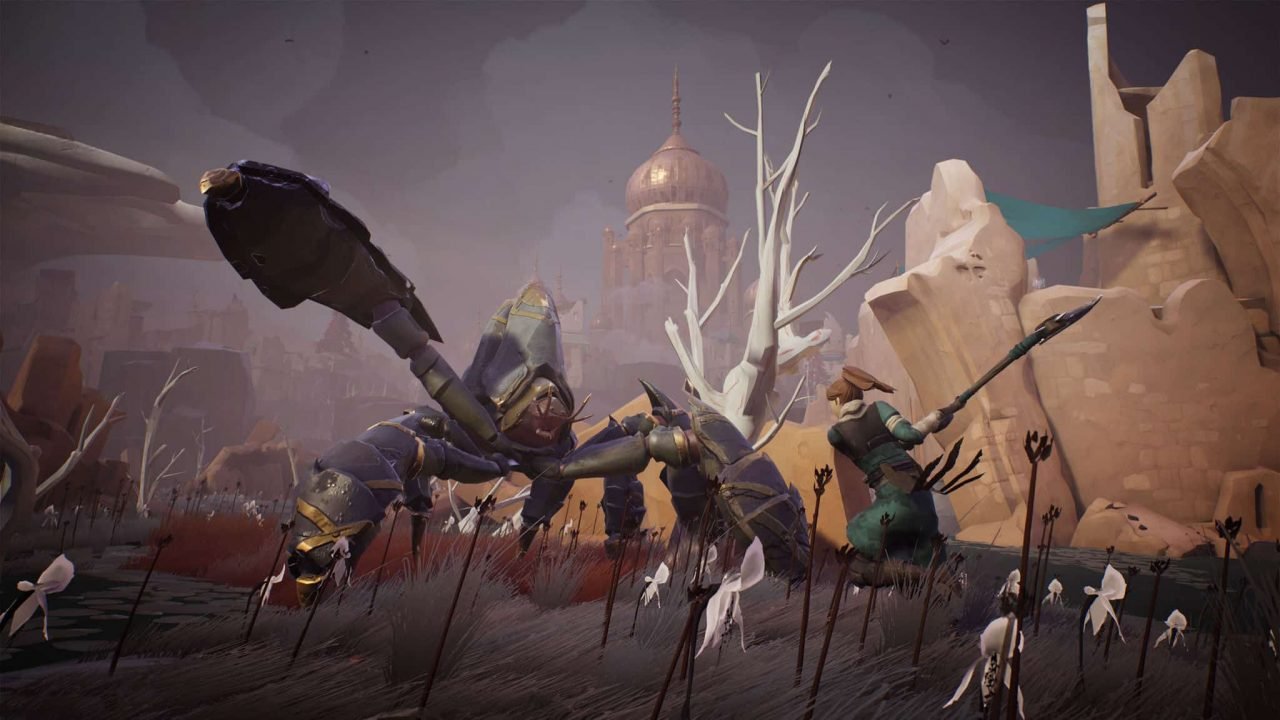 Of course, the main draw and feature touted for Ashen is the co-op. You can play with AI characters or real humans, and this is the one aspect of the game that actually has a tad more depth than its influences. Co-op players not only help you in combat, but can lift you up to higher ledges and revive you when you lose all your health. The AI players are also pretty damn handy in a tough fight and function a lot better than companions do in a lot of games. Playing with another human will always be more fun, but if you don’t have PS+ or Xbox Live the AI does a pretty good job. The verticality and platforming elements are also a nice addition, and something I’ve felt the Souls games have been missing for quite a while now. It’s nice to be able to climb up things and run and jump around.

At the end of the day, I’m okay with a simpler approach to a winning formula, and the tone and ambiance of the game is perfect for the genre, but I really wish that the developers at least attempted to innovate or add some new mechanics to make up for what they removed. It feels too familiar to be lacking these elements, and it feels like Ashen never commits to being either its own thing or a decent clone. Rather than being a refreshing take on a somewhat tired genre, it plays more like a baby’s first Dark Souls, which is a shame because the game does everything else well. It’s atmospheric as hell, has some fantastic and moody set pieces, and the co-op elements are very well implemented. It’s a good game, but unfortunately it’s simply too shallow and too basic to be a great game.

The post Ashen (Xbox One) Review appeared first on CGMagazine.