Spawn within steps of a Witch Hut in this witch hut seed for the Playstation 4/PS4 edition of Minecraft. Enter the seed ‘sweetbridge’ (without the quotes) or enter the seed by number, -1849958791.

When the game starts you’ll be on the edge of a thin strip of plains biome that quickly yield to one of the smallest swamp biomes we’ve ever seen. Sheltering the tiny swamp biome (and the witch) are some modest extreme hills.

Nearby resources and biomes in this seed include birch trees, ocean, mountains, plains and forest. For PS4 players with version 1.90. If you have a different version of PS4 Minecraft and the seed works do share that in the comments below! 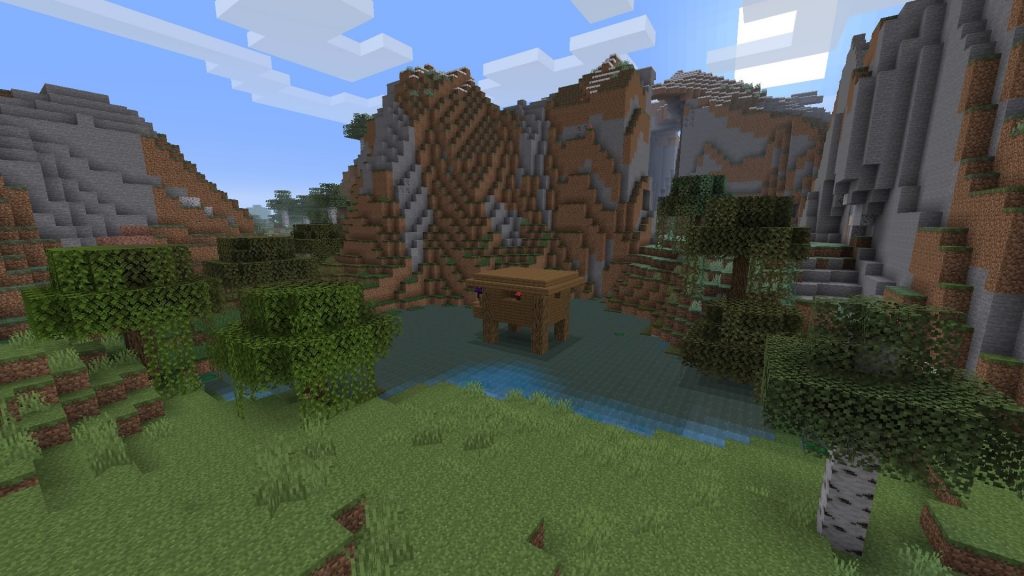 The tiny swamp biome which holds the witch hut in this PS4 seed. 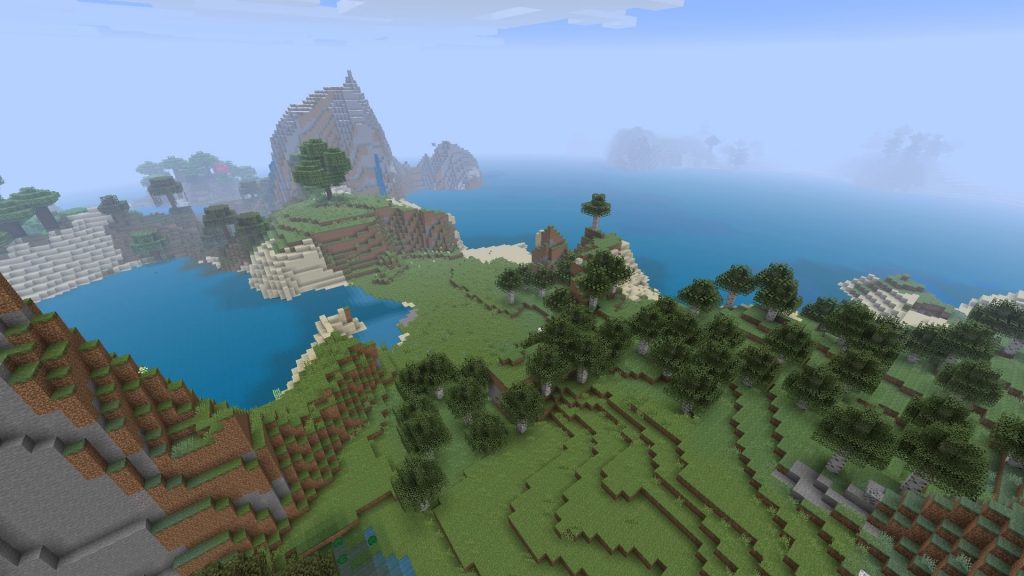 Nearby biomes in this seed include the tiny swamp, mountains, plains and ocean.