This Minecraft Snow Village Seed for Java Edition (1.14 – Village and Pillage update or later) has a great example of the new snow village just blocks from the game spawn point. When the world renders the snow village will be visible at the top of a bluff on the opposite bank of a frozen river.

We checked out the village cartographer who had a few maps and of course the new cartographer table. When we visited, the village’s iron golem was playing the role of concerned building inspector, looking at a questionably built structure that was hanging off into space.

One of the coolest times to be in the village is at night time. Check it out! 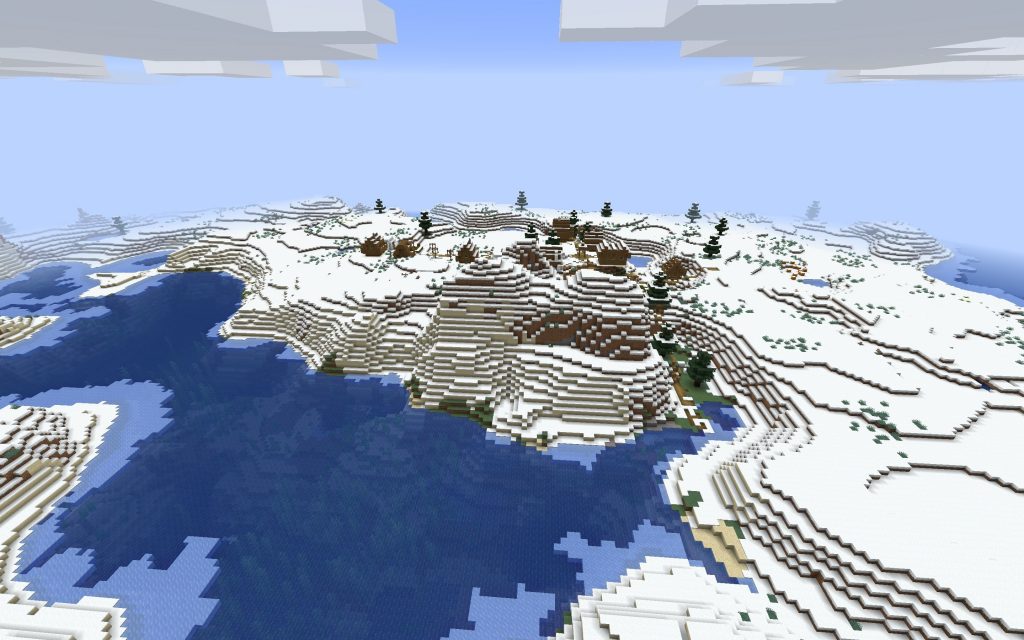 The snow village’s position as seen hovering above the game spawn point. 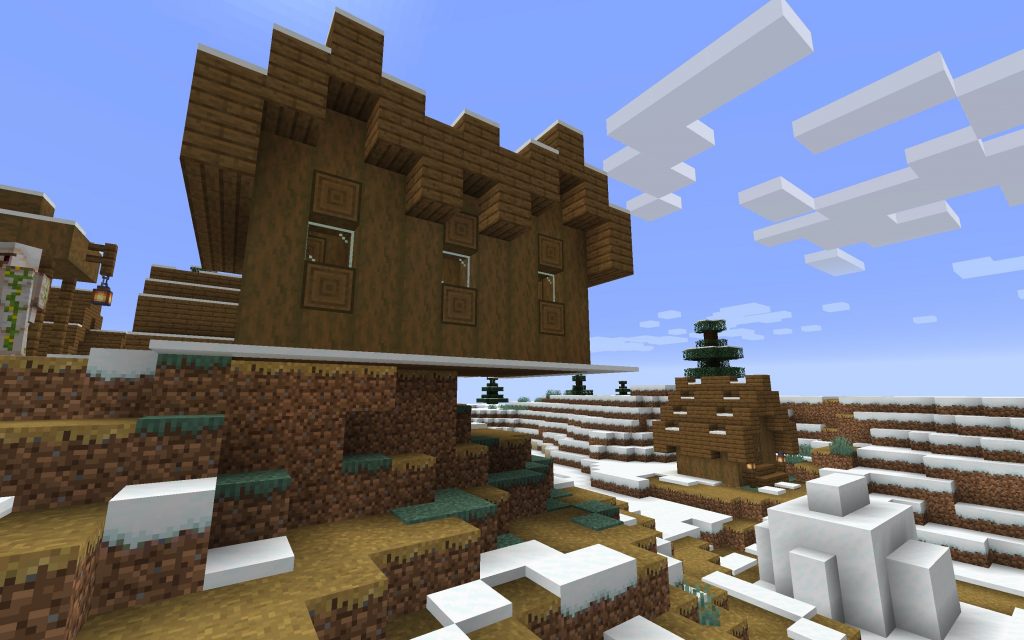 Some questionable construction by a lazy or creative villager. 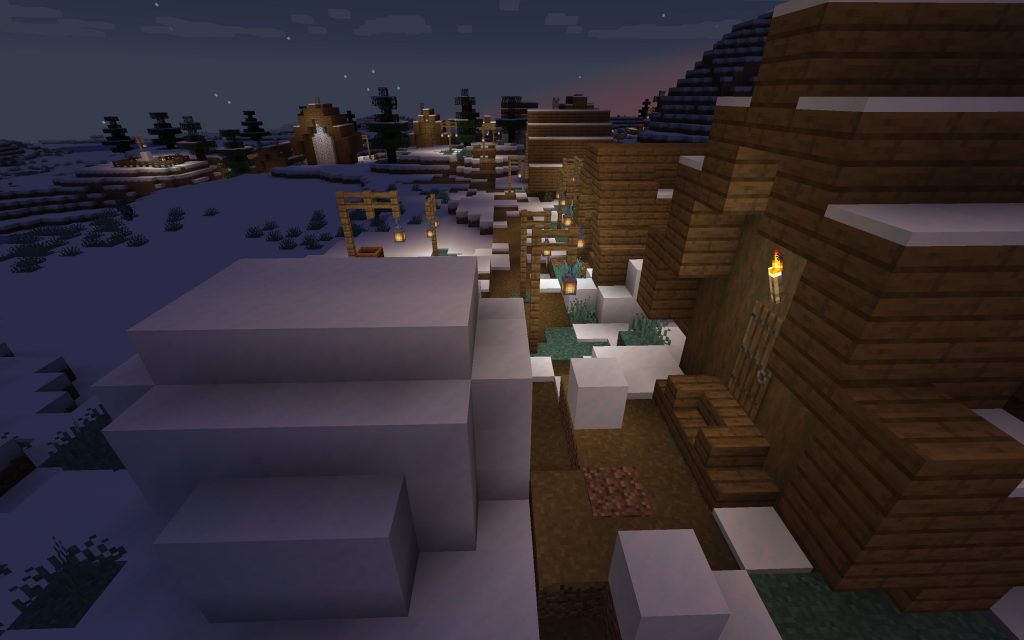