There’s new versions of Minecraft for almost every platform! Whether you play Minecraft, which was formerly known as PE/Pocket Edition/Bedrock Edition or Minecraft Java Edition, there’s been a significant update, and it’s called the Village and Pillage Update. 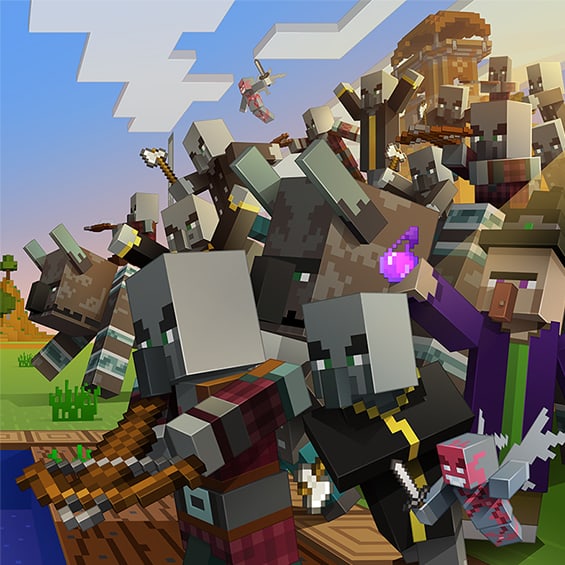 What’s new in the Village and Pillage Update

The name says it all: Village and Pillage. If you’ve been playing Minecraft for awhile, one thing that has remained fairly constant are villages. There’s been minor changes here and there, the most prominent being the introduction of the use of building materials based on the biome the village is in. But, all-in-all, villages were due for an overhaul.

Boy did they get one. Villages now present a much more interesting experience. There’s new buildings with a completely overhauled look-and-feel, new villagers, new villager trades, the introduction of the Wandering Trader trader and more. 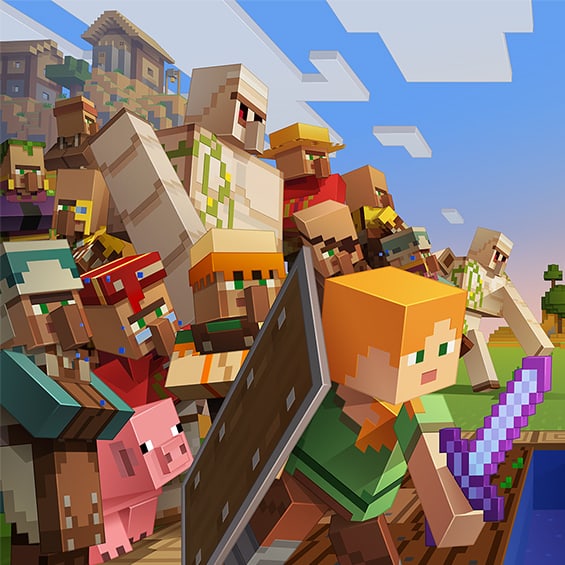 Villagers also now have professions that they take seriously. They take on new professions when they are near job site blocks, and there are new blocks that go along with their newfound careers. Some of the more interesting blocks include the Cartography Table, Grindstone, Barrel, Smoker, Blast Furnace, Stonecutter, Smithing Table and Fletching Table.

Trading is a lot more fun now, too. There’s a whole new visual trading system where villagers hold the item their looking to trade when they see a player holding something they want! Villagers now also gain experience for trading. That experience grants them new new trades. And, villagers now resupply their trades at job sites!

And then there’s the pillaging

Pillager Outposts are the new tower hangout that generates for pillagers. Speaking of pillagers, there’s one to take special note of: the Illager Captain. He’s the one holding the banner. Killing him brings on the Bad Omen effect, so be careful!

A player with Bad Omen effect triggers a raid when entering a village. That brings on the hurt in the form of repeated attacks by Pillagers, brought on in waves. Also be wary of the Ravager, the powerful new mob that can be found in pillager patrols and in villages when raided.

How to get the Free Village and Pillage Update

How to get the “Minecraft 1.14 Village and Pillage Update” for players with a PC or Mac wishing to play the Java Edition of Minecraft:

How to get the Minecraft 1.11 “Village and Pillage Update” for players with an Xbox One, Windows 10, iOS, Android and Nintendo Switch wishing to play the Bedrock Edition of Minecraft:

Submit your Village and Pillage Seeds

We review all seeds and promote favorites to this site and credit the Minecrafter who found them!

The post Get the Free Minecraft Village and Pillage Update for PE/Bedrock and Java Edition! appeared first on Minecraft Seed HQ.