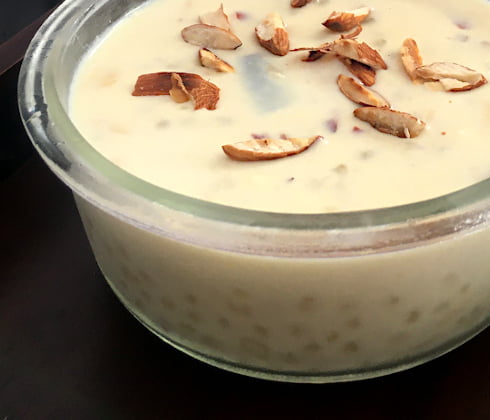 Sabudana Kheer (sago pudding) – an easy dessert idea for a party menu. It cooks quicker than rice kheer, needs the stove top only (no oven), and is vegetarian-friendly.

You might notice in this recipe a departure from the traditional use of cardamon in kheer – I use vanilla, cinnamon and a pinch of sea salt instead. Tell me how you like it! 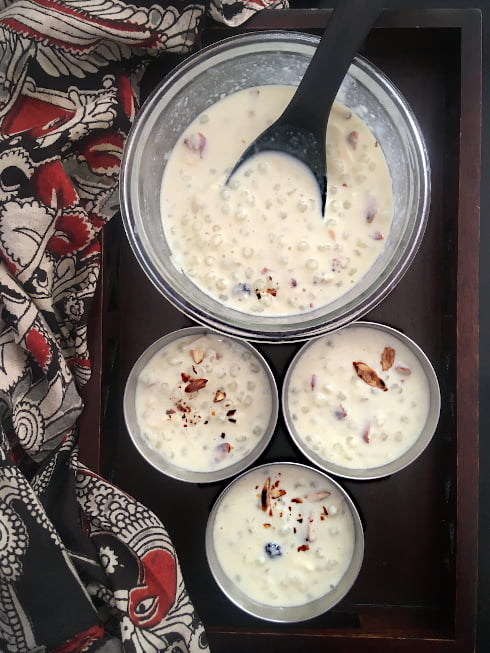 The links above are amazon.com affiliate links. The Steaming Pot will earn a small commission if you buy via the links, at no additional cost to you.

How To Make Sabudana Kheer: 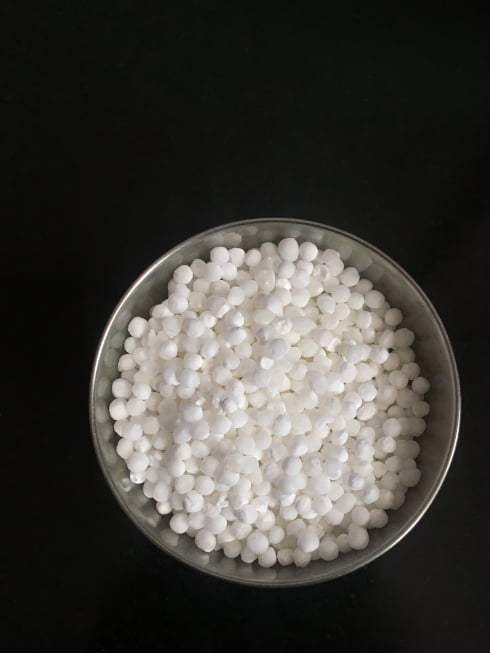 Wash the sabudana well. Soak it in a cup of milk – just enough milk to submerge the sabubana.

After an hour, the sabudana pearls would have softened and swelled. They are now ready to be added to kheer (step 3)… 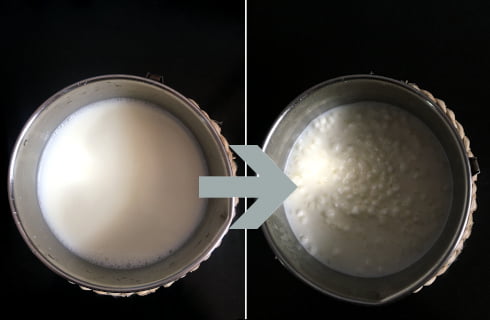 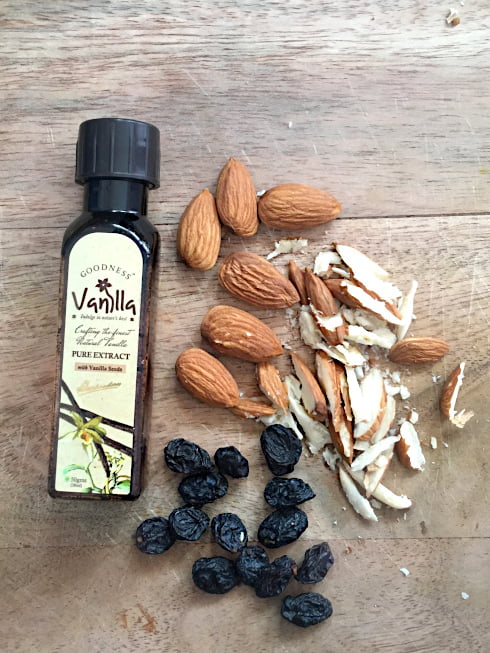 Dry roast the nuts in a thick bottomed pan till they turn golden-rimmed and aromatic. Set aside and go on to step 3.

In a thick-bottomed pan, bring a liter of full-cream milk to a boil. Reduce heat and simmer, stirring regularly. 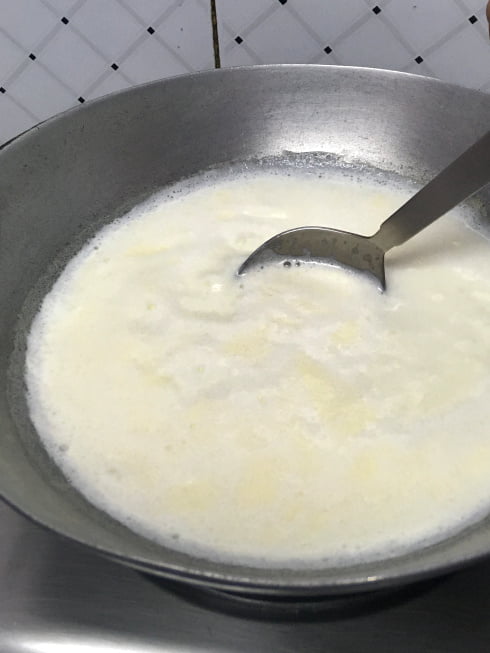 After a 5-minute simmer, add the soaked sabudana to the milk. 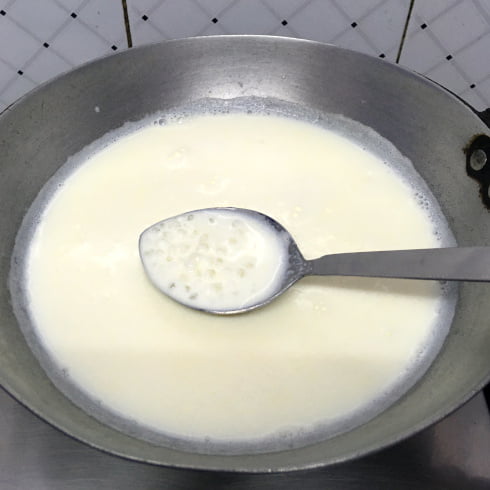 It will take about 20 minutes for the milk to thicken and the sabudana to turn translucent.

Be attentive throughout the kheer’s cooking time – this isn’t one of those dishes that you set on the stove top and go off to watch TV! If you want delicious results, you have to put in the work. Stir 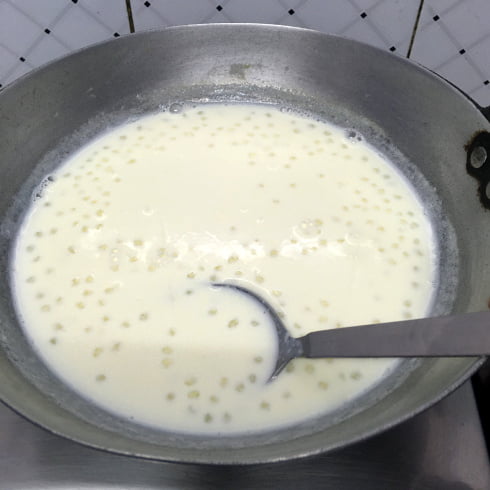 When the sabudana pearls have turned translucent, add the cinnamon, vanilla extract, a pinch of sea salt, raisins and most of the toasted nuts (retain some for garnishing). 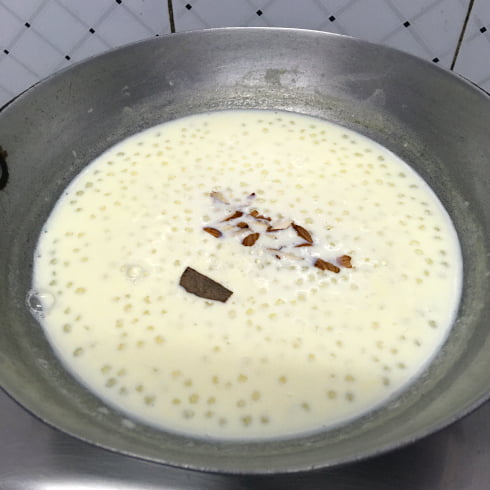 As the kheer comes close to the consistency you’re looking for, stir in the sugar. Cook another minute till the sugar dissolves. Switch off the heat.

Let the Sabudana Kheer stand and cool down; the kheer will continue to thicken as it cools. 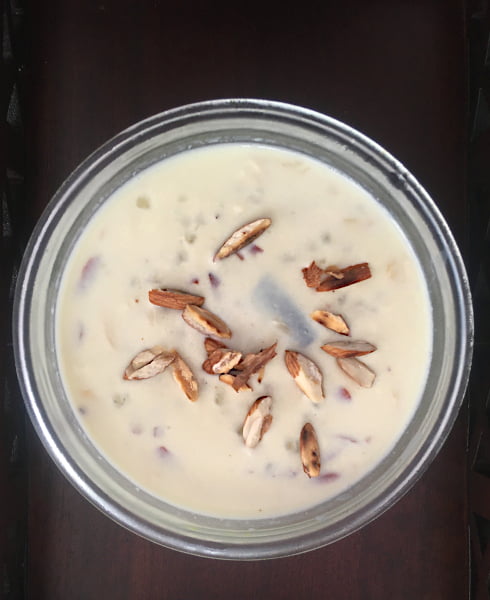 Keep stirring periodically to assist with cooling and to prevent a film from forming on top. 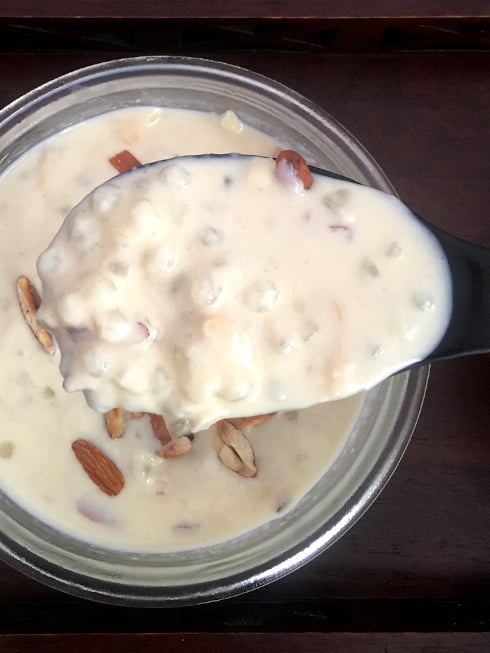 Chill covered in the refrigerator till ready to serve.

Just before serving, garnish the chilled sago kheer with toasted slivers of nuts. 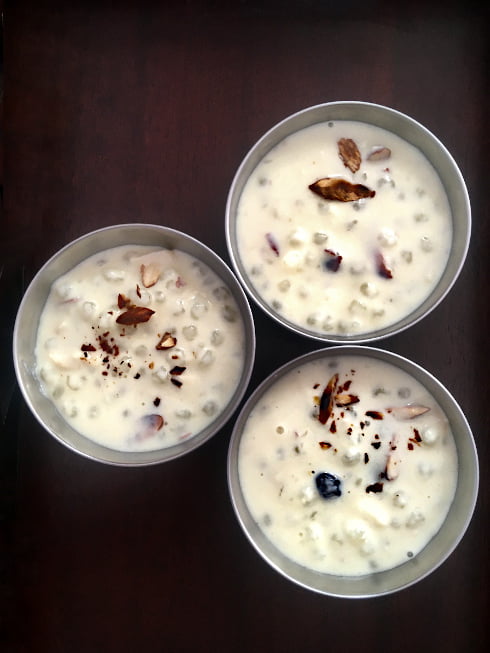