Making a Movie... it can't be done by just one person. It takes a whole bunch of people to make it happen. Each person brings their own talent to the project. Sometimes that means thousands of people on a super-big budget movie. But it can also mean a good dozen people on a smaller film set or documentary.

The Queens of Pop: In The Mix
Sprawdź swoje IP i pobierz darmowy VP…
First Night of the Seven (7) Nights o…
Legit Way To Make Money Online
How to Choose an Epoxy Floor Coating … 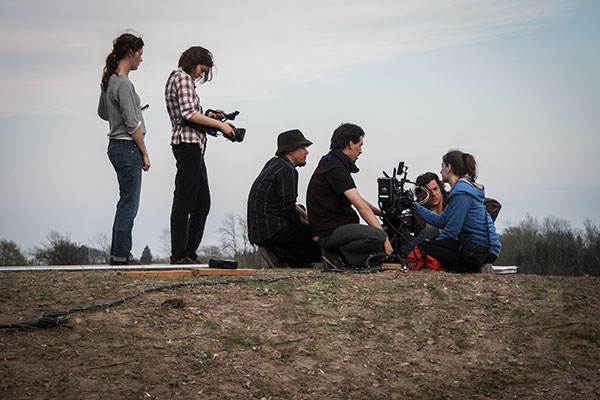 "Filmmaking is all about appreciating the talents of the people you surround yourself with and knowing you could never have made any of these films by yourself."
- Steven Spielberg

It's obvious that a film needs actors (or characters that we see on screen.) Everybody knows about directors and producers and screenwriters. But what most people don't see or often even realize is that there are a lot of other people who work behind the camera. Yes, there's the camera operator.

All these people come together to make a movie possible. Each does their own job. In many ways it's like how various parts of the body work together to make up a person. It's a collaboration. It's team work.

To all those people who help us make our movies... We couldn't do it without you!

This post first appeared on A Moon Brothers Film..., please read the originial post: here
People also like
The Queens of Pop: In The Mix
Sprawdź swoje IP i pobierz darmowy VPN
First Night of the Seven (7) Nights of Christmas and Carols COGOP SVG
Legit Way To Make Money Online
How to Choose an Epoxy Floor Coating for Your Garage
Businesses can be revolutionize