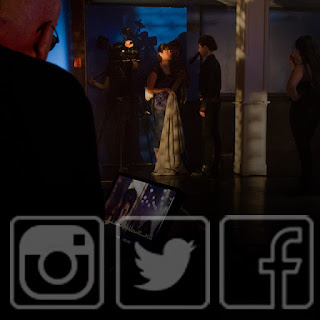 Social media has changed the way filmmakers interact with the world. It's a way of updating fans, friends, and followers through photos, tweets, and status updates.

Actually, apparently we've had a twitter account since 2010, but we never tweeted anything in the past 6 years. However, this fact slipped our mind. So, when we recently tried to sign up and tried to reserve @cubecityent as our twitter handle, it had already been taken! A little frustrating to say the least, but soon realized that it was actually us who had taken our own name! Problem solved...

So, over the past couple of weeks, we've been working on updating and delving a bit deeper into the Social Media world.

And we'd love to connect with you wherever you happen to be also...

Come follow us! Check out it out at the links below: