Plot Holes and the Icebox Syndrome 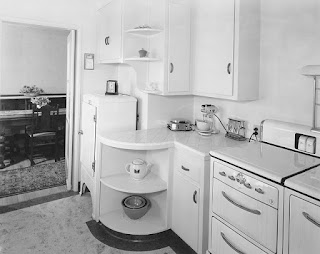 Ever heard of the Icebox Syndrome?

Alfred Hitchcock talked about it in this way: It has to do when a movie has a plot hole. In other words, something in the plot doesn't really make sense.

Here's how Hitchcock explained it all:

"I leave [plot] holes in my films deliberately, so that the following scenario can take place in countless homes. The man of the house gets out of bed in the middle of the night, and goes down stairs and takes a chicken leg out of the icebox. His wife follows him down and asks what he's doing. 'You know,' he says, 'there's a hole in that film we saw tonight.' 'No there isn't' she says, and they fall to arguing. As a result of which they go to see it again."

This explanation is the filmmaker's dream, right? (That way, there's no need to worry about plot holes ever again!)

Of course, this tongue-in-cheek "Icebox Syndrome" was really just classic Hitchcock deflection of criticism toward his movies. But, if you think about it, every film has some sort of plot hole... Even if it's just part of the back story behind the movie being watched. These are information "holes" the audience has to fill in themselves. It's not necessarily a bad thing.

It's just that some holes are just bigger than others. The key is to make sure the plot holes that do exist don't detract too much from the movie. What Hitchcock had going for him is that, even with plot holes, people still enjoyed his movies.

Plot Holes and the Icebox Syndrome