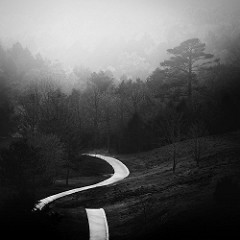 "Life is like a B-picture script. It is that corny. If I had my life story offered to me to film, I’d turn it down."  - Kirk Douglas, actor

Tips to make your journaling easier
Money Beliefs That’re Holding Your Bu…
Hollywood Dentist Providing Red Carpe…
Life at 57 - Where I'm At
SALVADOR DALI AND RELIGION
That is the thing with movies. A movie only has so much time to tell its story. On the other hand, real life is full of stops and starts... Happenings followed by long periods of doing the mundane job of living.

It's the filmmaker's job to take life and turn it into a beginning, middle and end. To place themes and character arcs inside of plot. When watching a true story, you have to realize that much of the story "never really happened". At least not in quite the exact same way it's portrayed on screen.

Truth in movies has to go beyond just the bare facts.

A good "true story" movie is sometimes more about being based on true feelings rather than a true play-by-play of events. It's about plausible character reactions. Those must fit somehow into a story, because, ultimately, a movie relies on presenting a story.

Think about your own life. Even the most amazing life has dull moments that are not worthy of screentime. These are constraints that filmmakers need to work around. Life, when brought to the movie screen, usually needs a little finesse.

This post first appeared on A Moon Brothers Film..., please read the originial post: here
People also like
Tips to make your journaling easier
Money Beliefs That’re Holding Your Business Back
Hollywood Dentist Providing Red Carpet Smiles
Life at 57 - Where I'm At
SALVADOR DALI AND RELIGION
Muslim American servant NARRATOR
Fiction Series So Big, They Cross Multimedia Platforms: The Witcher Series by Karen Wiesner
10 Best Hotels In Las Vegas
Tips for Getting Your Backyard Ready for a Late-Fall Party
5 Unusual Phenomena That Video Technology Has Given Us
Know 7 Most Translated Texts in the World- you’ll be Shocked
Best PS5 Games Deals and Offers with massive discounts