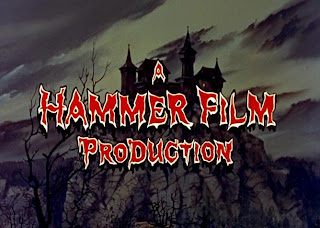 As a fan of classic horror—by which I mean anything before Romero’s zombies threatened the countryside and Rosemary had her baby—I’ve often gotten caught up in that eternal debate: Which studio was superior, Universal or Hammer? And by writing this, by no means do I want to denigrate one or the other, or imply that one is subpar. Rather, both the Universal Studios output of the 1930s/40s and the Hammer output of the 1950s/60s/70s represent high watermarks in the history of horror. It’s just that, given the choice, I usually go with Hammer.

iHerb – 20% + EXTRA 5% discount on La…
Ancient Gods: History of the World
The Friday Roundup – Music Choices, S…
Does Christianity really say wives su…
That’s right, I’m choosing the Brits over my own countrymen. Don’t get me wrong, I enjoy Universal’s iconic cycle of horror flicks, which first introduced moviegoing audiences to the likes of Dracula, Frankenstein, the Mummy, the Invisible Man, the Wolf Man and more. I just believe that by reinvigorating the gothic genre in the era of radioactive monsters and exploitation, Hammer did Universal one better and set the benchmark even higher.
Let’s get one thing out of the way, first and foremost—in my estimation, both James Whale’s Frankenstein and The Bride of Frankenstein are superior to any film ever put out by the Hammer studio. That said, outside of those two films, I generally find the Hammer body of work to be more enjoyable than the Universal body of work. There are a number of reasons for this. 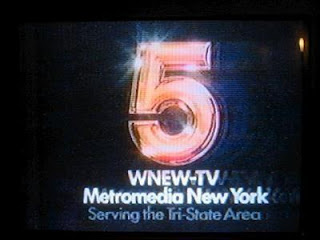 Maybe chief among them would be that Hammer represented my original introduction to the horror genre. I like to think I’m not so prone to such a subjective view, but I must at least entertain the possibility that I’m biased. As a very small child, I first discovered what horror was all about thanks to those weekend afternoon showings of Hammer gems on syndicated TV in New York. Channels 5, 9 and 11 were my tutors in pop culture, and among the gifts they gave me was Hammer. In fact, Hammer’s Lust for a Vampire may have been the first horror movie I ever saw.
But beyond this mere nostalgia, there’s more. As time went by and I came to discover Universal not long after, I also developed a strong love for their brand of horror as well. But it never supplanted Hammer in my heart. 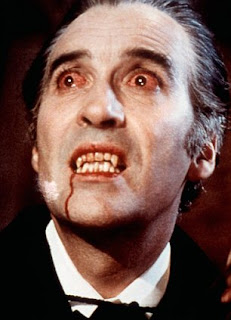 Not to sound like a Philistine, but a large part of this had to do with Hammer’s vibrant Technicolor. One of the main elements that the studio itself took pride in was that it was reinventing these classic horror tropes in a color medium, replacing Universal’s crisp black and white with the garish, comic book-like hues never before seen in gothic cinematic horror. And while generally I deplore the attitude that black and white is somehow inferior, in this case—especially as a child—I was more drawn in by those bold, almost shocking colors.
Needless to say, one of the main uses Hammer made of that full color palette was to show blood. And by “blood” I mean some of the first major instances of simulated bloodshed ever seen in horror movies, especially of this kind. Whereas the Universal canon was more staid in its presentation, leaving more to the viewer’s imagination (often due to constraints from the Hayes Committee), Hammer let it all hang out, splashing the camera with more bright red plasma than had ever been seen. This meant that instead of a fangless Dracula (all due to respect to Bela Lugosi), we got a fanged and fierce Christopher Lee, gore dripping from his lips, his eyes ringed in scarlet. For an eight-year-old, literally the stuff of nightmares.
Hammer made a splash (pardon the pun) through their then-liberal usage of blood, but they also became known for something else: beautiful women. Although it may sound silly to harp on it, Hammer’s unprecedented emphasis on sexuality was a big deal, and also helped usher horror into a new era just as much as the blood did. The buxom and often exotic women who populated Hammer’s films brought blatant sex appeal like never before, in stark contrast to the often prim and buttoned-up sexuality occasionally glimpsed in Universal. This is not to say that Universal horror was not dealing with sexual themes, just that they did it in a much more (necessarily) subtle and subtextual way, whereas Hammer—in typical studio fashion—loved bashing you over the head with it. 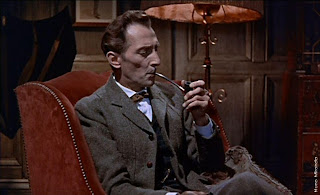 Another aspect of Hammer that they often don’t get enough credit for is the return of gothic horror to its proper Victorian roots. Whereas Universal’s films often took place in some vague, unknown time period that seemed like a confusing cross between modern times and the 19thcentury, Hammer was careful to set its stories firmly in the Victorian era (or earlier in some cases).
This worked especially for many of the tales, like Dracula and Frankenstein, which were set in earlier time periods and were for the first time being presented that way—but Hammer went much further than that. Perhaps out of a sense of national pride in their own fabled history, they enjoyed making nearly all their films period films, delighting in breathtaking costume and set design that really gave you a sense of being in an earlier time. It would be a new standard that would be copied by all gothic horror going forward, right up until today.
In short, I think what makes Hammer my preferred source for classic horror is that their output generally works better as horror films, if that makes sense. While the Universal classics were usually more polished, especially those of the 1930s, and were superior as films, Hammer’s work was just downright scarier, with more of a flair for the horrific. While Universal had fine filmmakers like Tod Browning and Whale, exceptional cinematography from the likes of Karl Freund, brilliant set design from the likes of Russell Gausman, and of course the writing of the great Curt Siodmak, Hammer answered back with workhorse director and writer Terence Fisher and Jimmy Sangster, meticulous costume designer Molly Arbuthnot and the blaring musical scores of James Bernard. 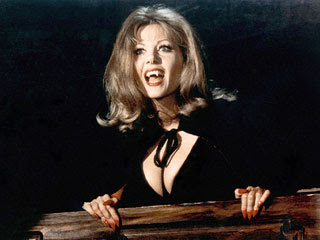 While Hammer generally worked with a smaller budget, they made you feel as if their productions were more lush. Universal may have been more mainstream and high-profile, especially in the U.S., but Hammer made up for their technical shortcomings with more of a genuine relish for horror. They threw themselves into taking the groundwork laid by Universal and ratcheting it up about five or six notches. And they were damn good at it.
So while I thoroughly enjoy my Karloff, Lugosi and Chaney just as much as the next horror nut, my soul belongs, in the end, to Cushing and Lee. Pressed to make a choice between Universal and Hammer, I’ll go with Hammer. But it’s kind of like asking me to choose between Sinatra and the Beatles, or Marvel and DC—I may go with the Chairman and the Board and the House of Ideas, but that shouldn’t take anything away from my profound love for the Fab Four and the Distinguished Competition as well. There’s room for all in my horror-lovin’ heart.

And if you, like me, enjoy a good Hammer flick—or two!—I urge you to join me tomorrow night in Bridgeport for BEDLAM AT THE BIJOU: Hammer Horror, a unique double feature in which I’ll be screening both Hammer’s version of The Mummy and the vastly underrated Curse of the Werewolf! Plus, we’ve got Hammer DVD and book giveaways, and a special appearance by the LoTTD’s own John Cozzoli of Zombos Closet of Terror! Hope to see you there, Vault dwellers…
The Vault of Horror