Jennifer Lawrence made a statement in a sheer Dior Haute Couture gown on the Oscars 2016 red carpet. The Academy Awards were held at the Dolby Theatre on Sunday, Feb. 28, 2016 in Hollywood.

The 25-year-old actress was one of the last stars to show up on the carpet before taking a front row seat inside the theater. And so far, she hasn’t had her trademark fall. But the night is still young.

Jennifer is nominated for Best Actress for her work in the movie “Joy.” The real Joy Mangano and director David O. Russell walked the red carpet, as well. 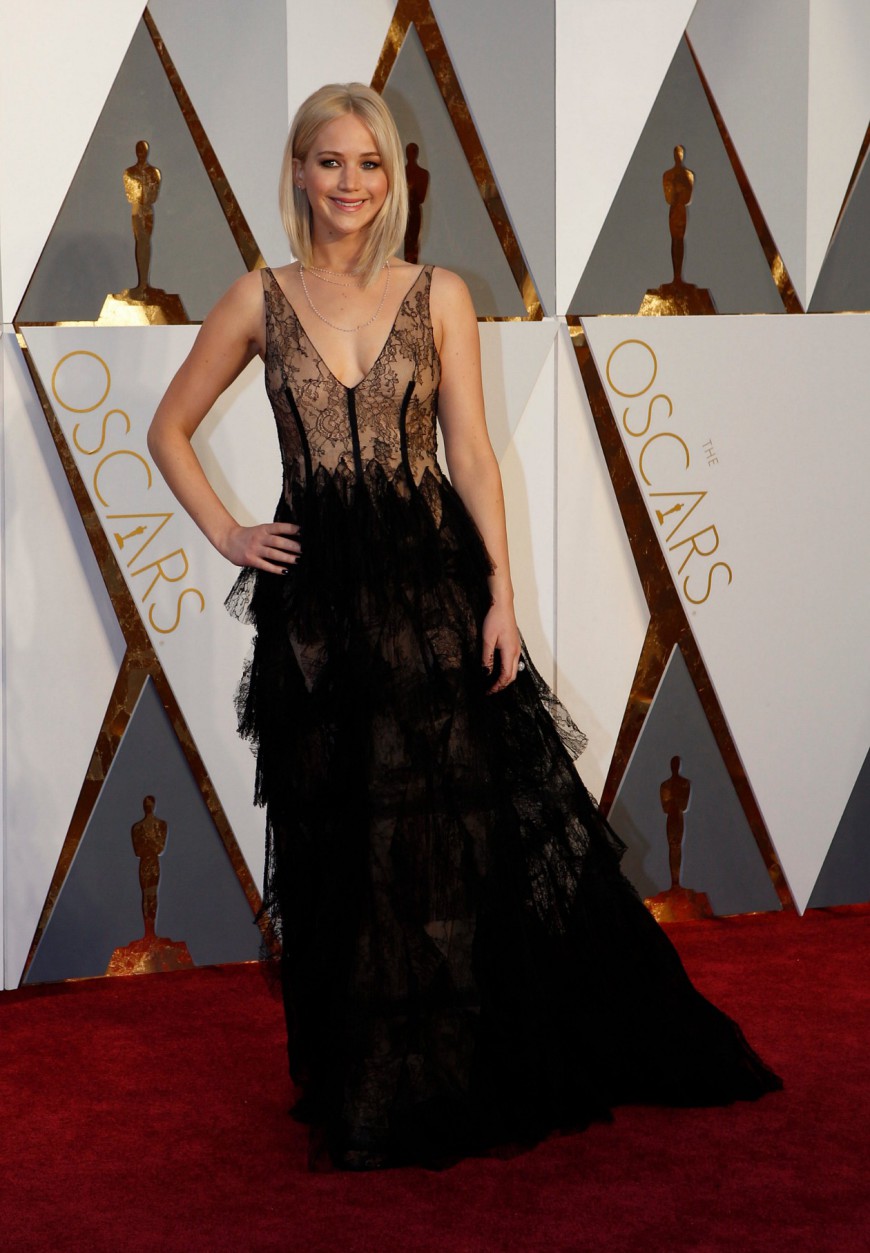 Jennifer Lawrence in Dior Haute Couture at the Oscars 2016

“Joy” follows the story of a family across four generations. It’s centered on the girl who becomes the woman (Jennifer Lawrence) who founds a business dynasty and becomes a matriarch in her own right.

Facing betrayal, treachery, the loss of innocence and the scars of love, Joy becomes a true boss of family and enterprise. Allies become adversaries and adversaries become allies, both inside and outside the family, as Joy’s inner life and fierce imagination carry her through the storm she faces.

I found the movie very inspiring. In fact, when I left the theater, I wanted to go home and immediately invent something. And I bet the real Joy would take a look at whatever amazing invention I come up with. That’s how she rolls.